This page is dedicated to my favourite images.  I would definitely categorise myself as an amateur photographer and there is no doubt from these pages that my favourite subject matter are birds.  The following images are not necessarily the best technical photographs but they represent images that I am proud of and like to look at over and over again.  Some of them will fall out of favour and will be retired from this page but there are others that I think will be here forever.  I have tried to caption each photograph with a reason why I consider it worthy of this page 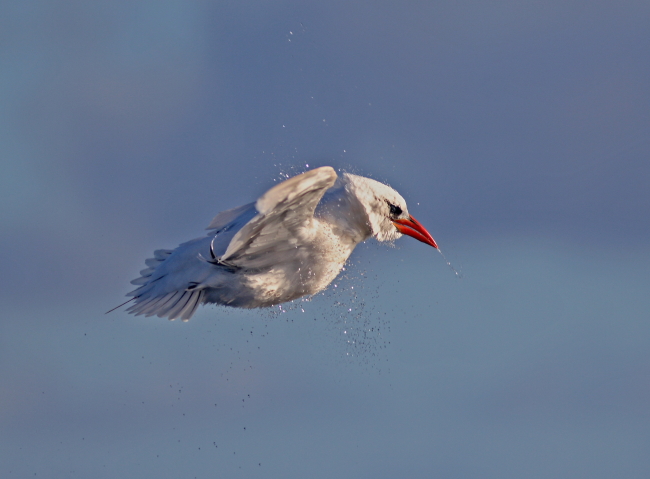 We chartered a boat during a holiday with the family to Mauritius and we managed to find quite a few tropical seabirds including a number of Red-tailed Tropicbird. This bird was sitting on the water and was disturbed into flight by the boat. As it crossed the bow in beautiful light it shook its feathers causing the droplets to catch the sun. The only sad bit was that this particular bird had a poor excuse for a red tail. 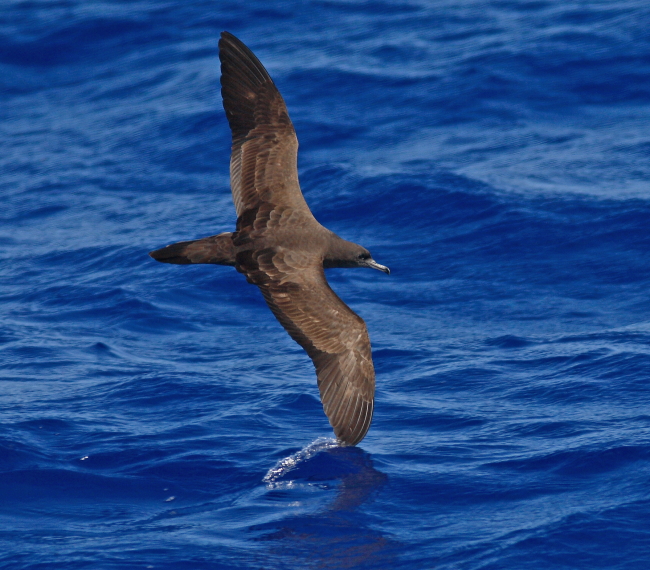 Wedge-tailed Shearwater is an irregular bird off the Cape coast but when we were on a charter fishing boat of the north west coast of Mauritius there were large numbers of them.  Tricky to photograph as they fly at a considerable speed.  I like this photo for the fact that I managed to capture the bird as it dipped its wing into the water. 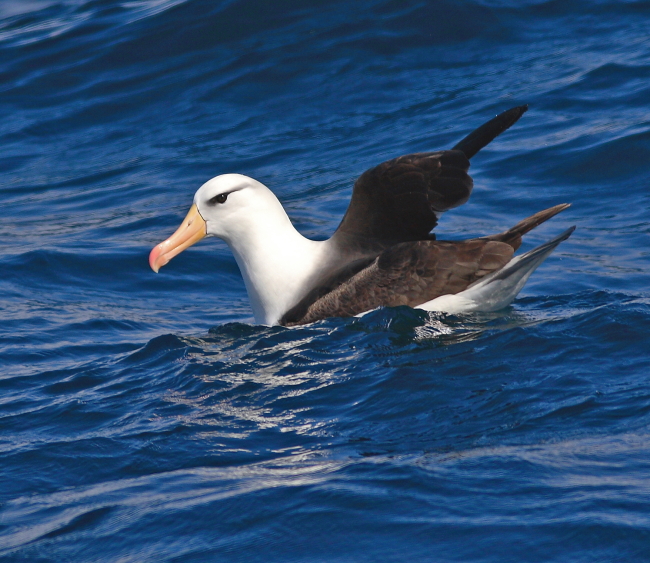 The Black-browed Albatross is one of the more common species in the Cape waters when heading off Cape Point on a pelagic trip.  I still consider it to be a beautiful bird with its dark eye-brow and orange bill.  Usually more noteworthy when photographed in flight but this shot seems to capture the colours in just the right way. 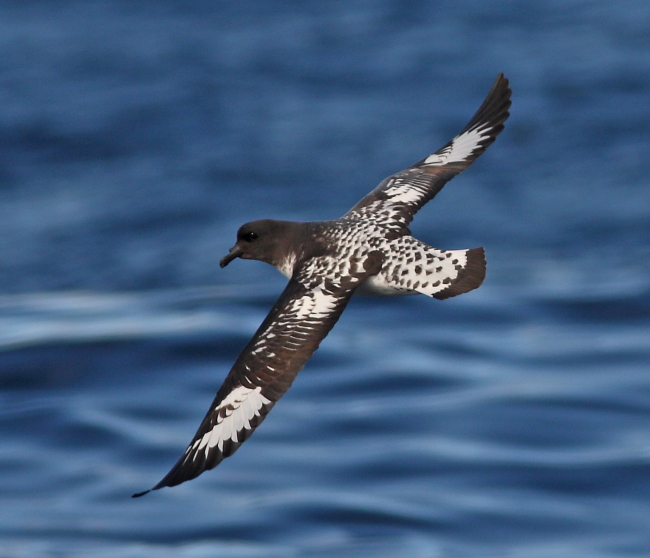 Definitely one of the more noticeable birds when out on a pelagic birding trip.  It can be tricky to photograph Pintado Petrels with such strong contrast between black and white but when you get close to getting the exposure right it makes for a pleasing sight. 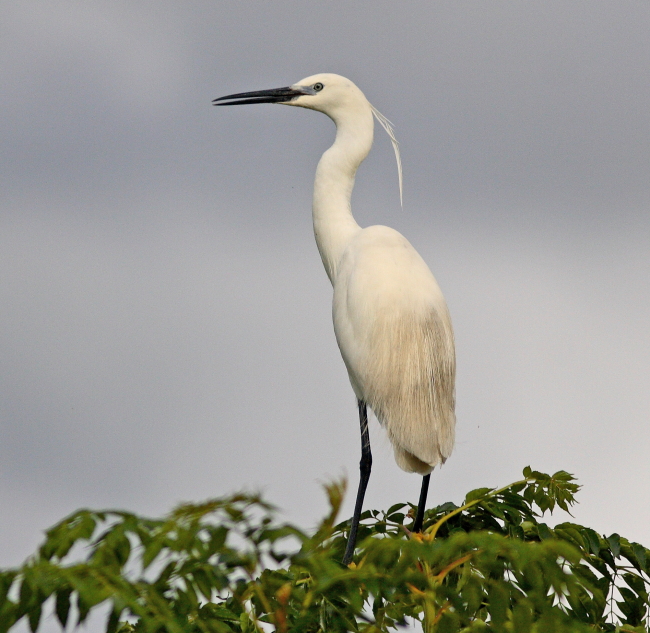 The soft lighting on this Little Egret just before a thunderstorm at Nyslvlei prevented me from overexposing.  I had earlier that day been doubled over for hours with severe food poisoning so any picture I managed was going to be a pleasing one. 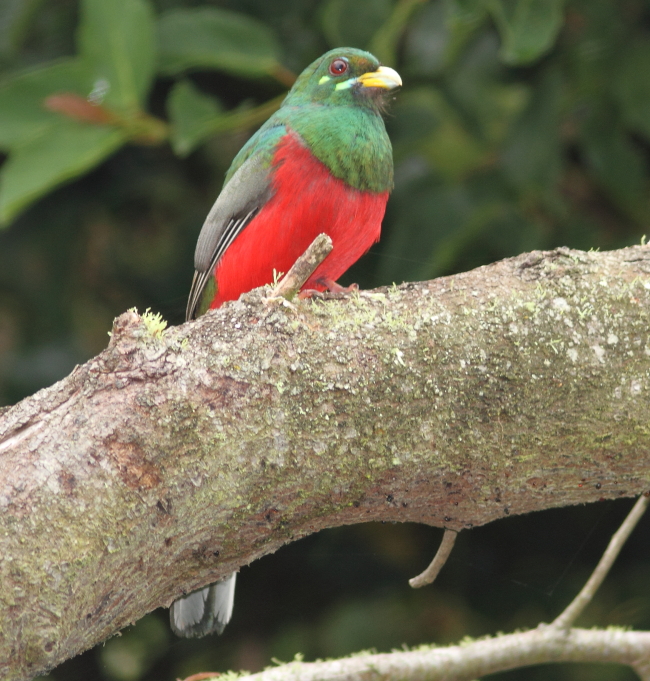 Surely one of Southern Africa’s most enjoyed forest birds.  Certainly not even close to the rarest nor considered to be particularly hard to find due to its distinctive hooting but when one presents itself full frontally it is hard not to get excited about the resulting photo.  This shot was taken in an obscure patch of indigenous forest about 20kms west of Oyster Bay in the Eastern Cape. 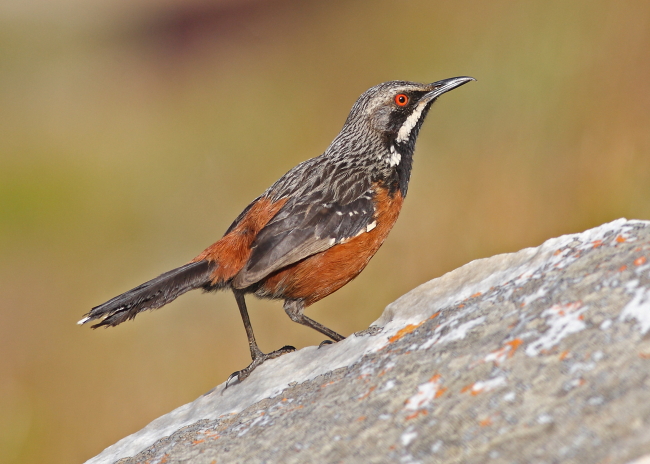 I took this photograph at the classic site near the town of Rooi Els on the eastern tip of False Bay. The birds have become habituated to birders and one can quite comfortably sit in silence and watch them bounding around at very close range. It would have been difficult not to get a cracking shot… 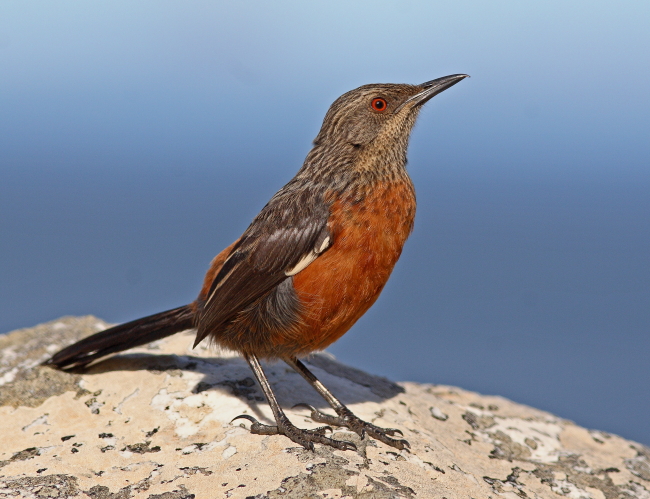 This female Cape Rockjumper was just as confiding as its mate on the slopes of the mountains just outside Rooi Els.  The beautiful early morning light and the azure colouring of the waters of False Bay in the background make this one of my favourites. 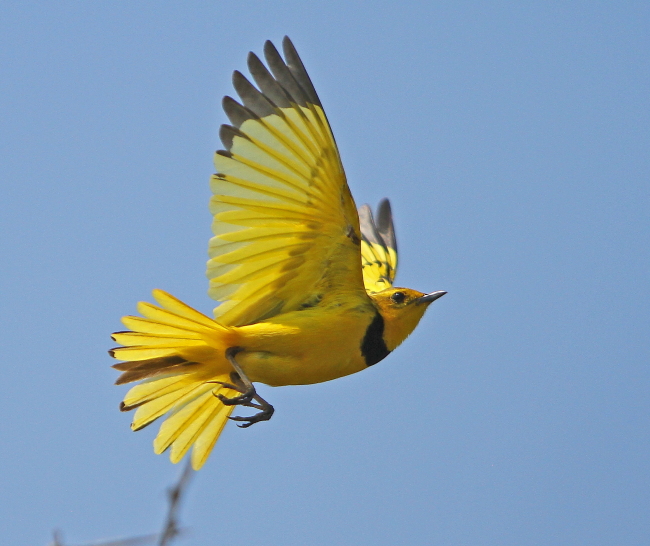 For anyone that participated in the well known Golden Pipit twitch will know that this was a bird worth getting a good photo of. I had actually called it a day after firing off hundreds of photos just when the bird landed in the nearest tree. I waited patiently for it to take off and snapped a few flight shots. I was lucky to get this one decent image. 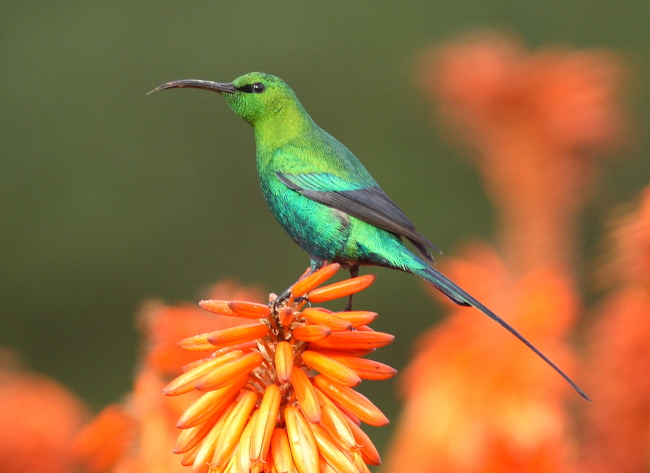 Another pretty common bird around Cape Town but the magnificent colours of a full plumage male Malachite Sunbird makes for an impressive sight. 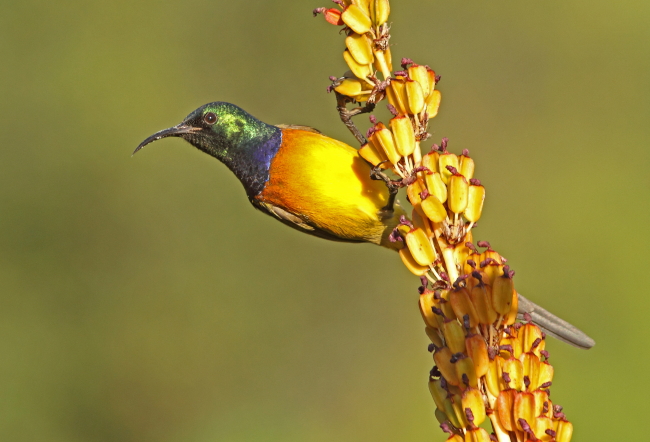 One of our truly spectacular endemics and fortunately a relatively easy one to find in the fynbos covered mountain slopes of the Western Cape, so always a crowd pleaser. 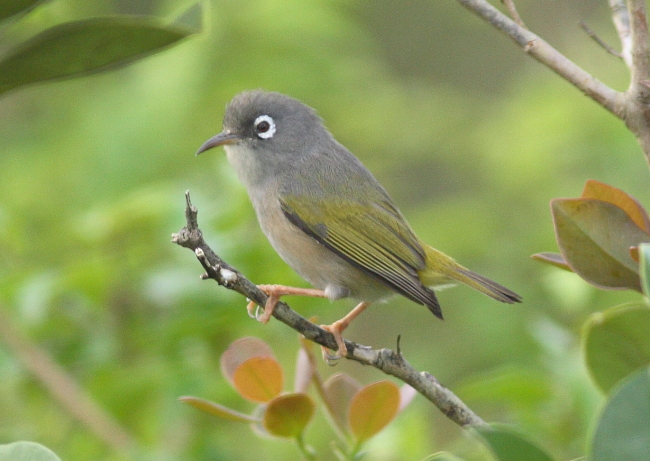 Although not a particularly impressive photograph this is without a doubt the rarest bird I have photographed.  The Mauritius Olive White-eye is considered to be one of the most endangered birds on the planet with fewer than 200 surviving birds.  It is also considered to be the toughest Mauritian endemic to see.  We were extremely fortunate to see at least 10 of these birds on the crater rim at Bassin Blanc. 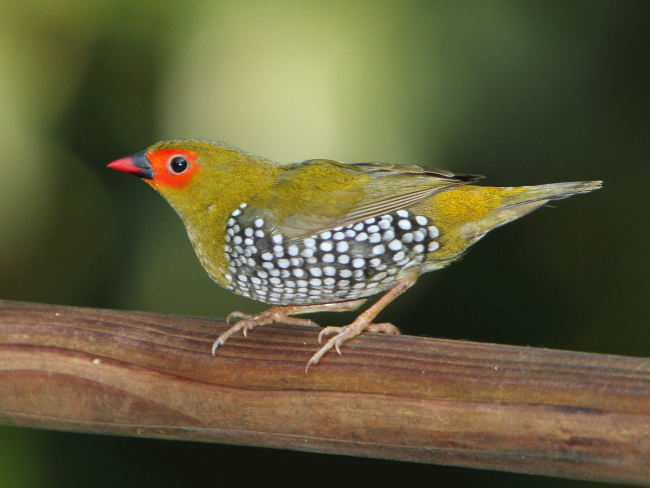 It is difficult to class this as one of my favourite photos as it did not require too much effort but the sheer beauty of these forest jewels puts it close to the top.  These Green Twinspots feed regularly at Hazel Kirkbride’s feeder on her veranda in Kloof just outside Durban.  With many repeat visits to the feeder ample opportunities presented themselves for a decent photo. 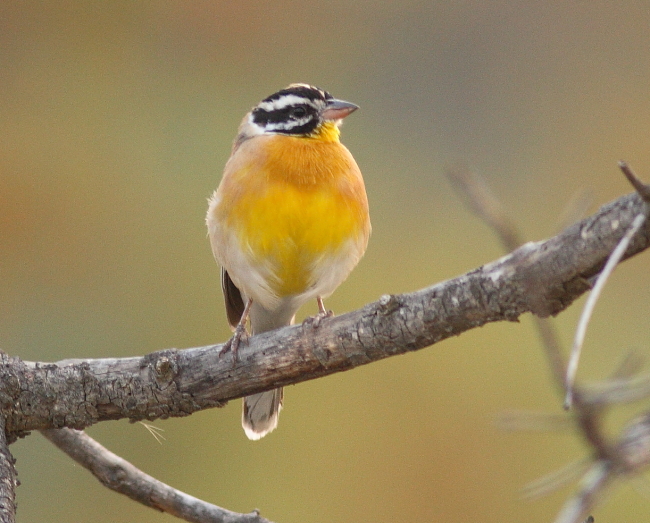 This Golden-breasted Bunting was photographed shortly after a leopard sighting on a gloomy morning in the Kruger Park so it always brings back fond memories.  It’s golden breast certainly stuck out that morning.