Nature’s Valley – Fruits of the forest

With Jeanie overseas in Canada I flew through to George to spend the weekend with the boys and transport them safely back to Cape Town for the start of the new term.  It seems as if these public holidays have no end but from tomorrow our lives return to some level of normality.  Time to do some work again.

I seem to have a magic spell on the weather on the southern Cape coast as yet again we had another sunny and breathless weekend to enjoy doing the things that we so enjoy doing.  Yet another cold front passed through just as we got back to Cape Town.

Saturday morning was a reuniting of the three generations (see “Three generations chase the Golden Pipit”) as my father was in town, so we decided to pay a visit to Nature’s Valley for yet another search for the continually “harder-to-come-by” lifers for Tommy’s ever increasing list.  I had a few target forest species in mind and Nature’s Valley seldom disappoints when it comes to forest birding.  The time of year was not on our side but being such a stunning day we had high hopes for some good birding. 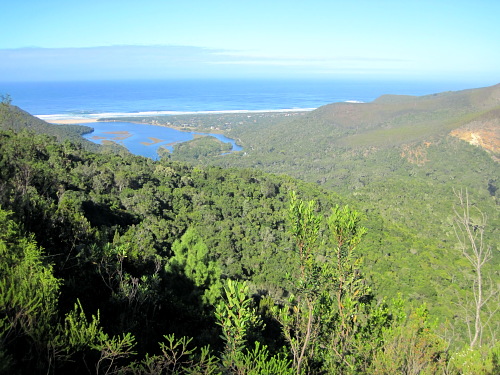 We were not too disappointed with our haul.  We started our birding at one of my favourite spots in Nature’s Valley – a giant yellowwood tree just before the foot of the pass that snakes down into the valley itself.  The early morning sunlight bathes the tree revealing species going about their early morning feeding routines.  It is a spot that requires patience but over a period of 20 minutes or so it is inevitable that most regular forest birds will reveal themselves. 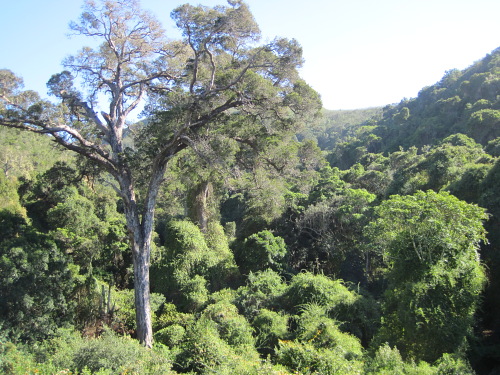 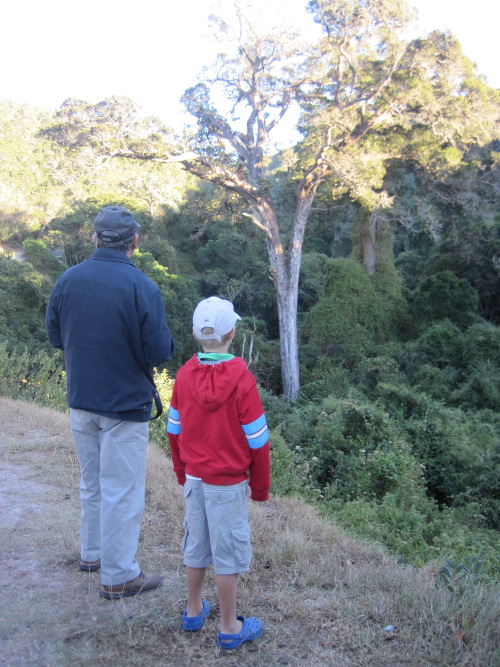 We ticked a few of the normal forest birds and then moved further down the road to walk along the boardwalk on the eastern side of the Groot River.  This is certainly the most prolific forest birding that I know of in the Western Cape.  Forest birding, like many aspects of birding can be a bit of an acquired taste.  The forest birds are usually good reward for the patience required as many of them are some of our truly most beautiful birds but poor Tommy was wondering what the big deal was as we stood at the base of the enormous yellowwoods peering into the canopy as birds flitted just out of range with not much to show for our efforts. 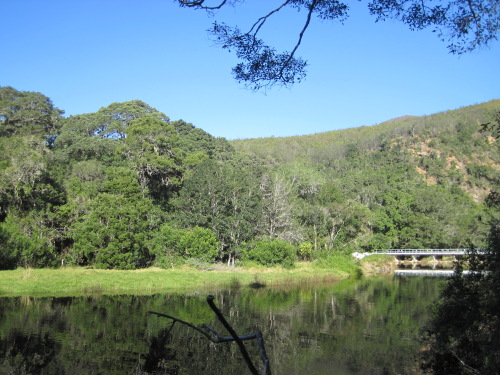 Birdsong was also relatively muted due to time of year but as we stood patiently we slowly but surely managed to tick off some of our targets.  The first on the list was the annoying active Blue-mantled Flycatcher which has proven difficult to get onto Tommy’s list on previous occasions.  It is a common bird of the coastal and scarp forests but it moves very actively through the canopy and seldom sits still for more than a second.  After a few frustrating moments it wasn’t simply an unseen call but a real live bird for Tommy to add to his list.

The most important target, however, was White-starred Robin – one of our truly most beautiful forest birds and one that proves remarkably difficult to find.  We had heard a calling bird on the boardwalk but it never showed itself and knowing how tough they are to find I thought our chance was gone.  We heard another calling pair a little deeper in the forest and before long we had an active pair flitting around our heads giving only the briefest opportunities for a photo (it was better than the flycatcher though that never sat still enough for any pictures – I did get a few backside photos but I’m not proud enough of them to post them here!).  It was a good enough view for Tommy’s young eyes and it was a relief to bag the most important bird of the weekend. 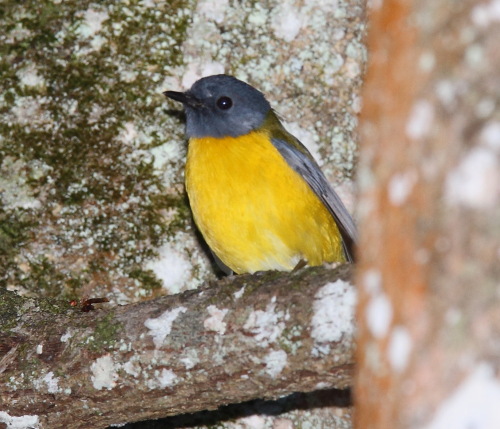 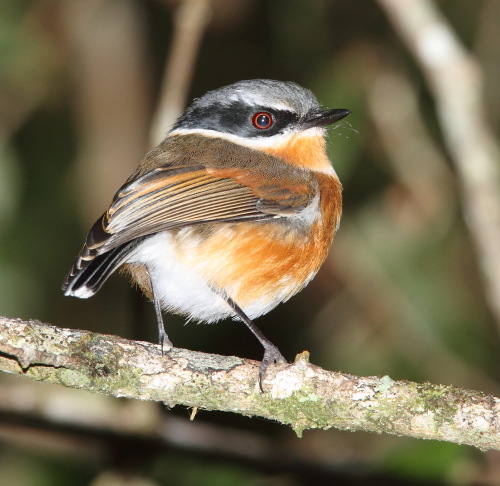 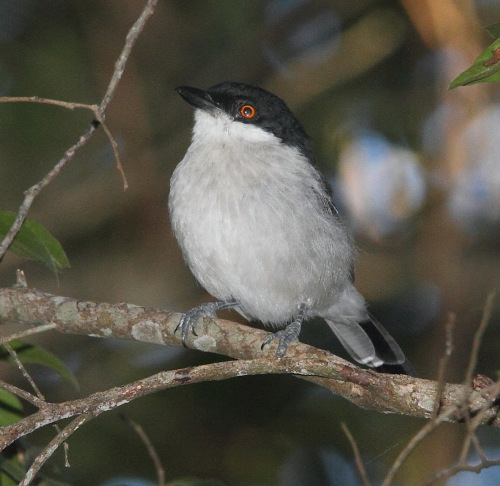 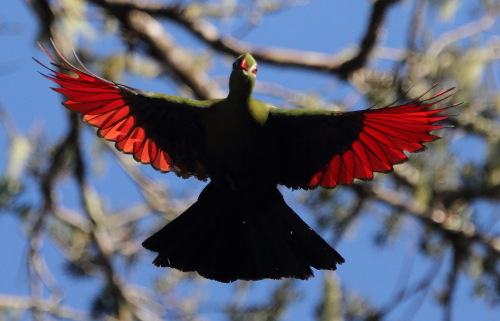 As the morning wore on the sun shone with more vigour and the birds starting waking up.  We ticked most of the good birds including Green-backed Cameroptera which was also a lifer for Tommy.  Unfortunately we missed two of our targets – Kynsna Woodpecker and Grey Cuckooshrike – but I am sure a little patience and a bit more time may have revealed them.

One of the more pleasing birds for the list was a pair of Collared Sunbirds which we saw from the boardwalk.  This is a particularly tough bird for the Western Cape and I am not sure of any other place in the province that it can be seen.  I saw my last one for the Western Cape about 7 or 8 years ago in the same place but despite numerous additional visits to Nature’s Valley I had not managed to find another one.  We made a stop at the big yellowwood on the way back home and blow me down there was yet another pair of Collared Sunbirds.  Perhaps they are a little more common than is thought.  I would be interested to hear if anyone else has seen this bird with any regularity in the Western Cape. 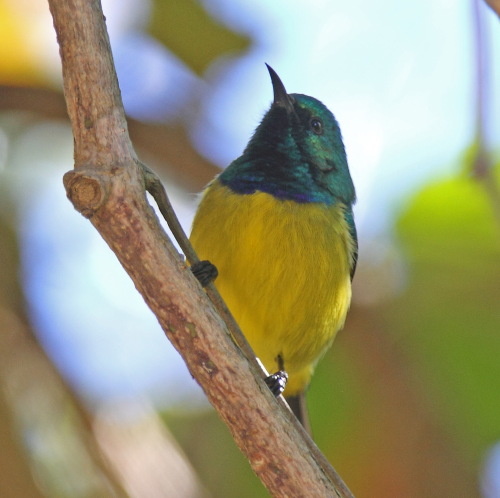 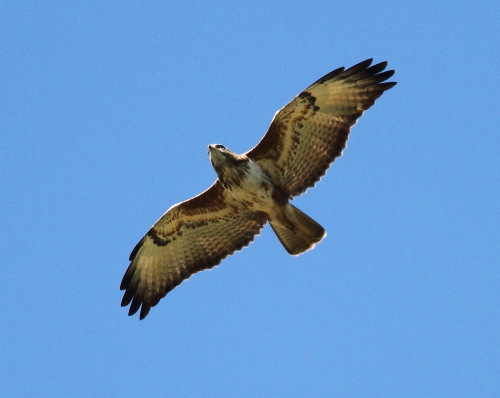 A great way to round off the day was to sit in front of the television with my boys as we shouted for the Stormers.  To add to the enjoyment my father is a staunch Sharks supporter.  To see my team play some of the most attractive, complete rugby was a real bonus and a 32-12 thumping was about as satisfying as it gets. 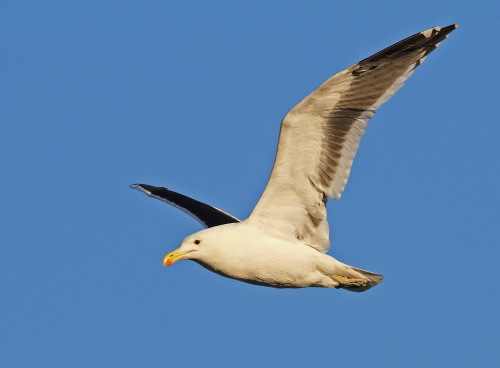 Sunday morning was taken up by yet another training ride for my upcoming three day race and despite much planning and map scouring I still managed to find a route that involved an illegal road somewhere deep in the Knysna plantations.  For fear of being shot by an overly protective landowner I was forced to make a detour which involved an extra 20kms.  So, my 85km training ride turned into 105kms and by the time I arrived back home I was pretty shattered but pleased with the additional training.

We decided to spend the night with my parents in George on the way back to Cape Town. There is a small little lily-covered pond near where they live that is now home to two pairs of White-backed Ducks.  It is not a particularly rare bird but it is often difficult to find as they sit motionless amongst the lilies in quiet little ponds, so knowing of these resident pairs allowed me to spend some time quietly sitting by the lakeside and taking some photos of them.  It was, of course, a lifer for Tommy and along with a few flushed African Snipe in a nearby wetland it brought the total up to 5 for the weekend and a total of 318 on his list. 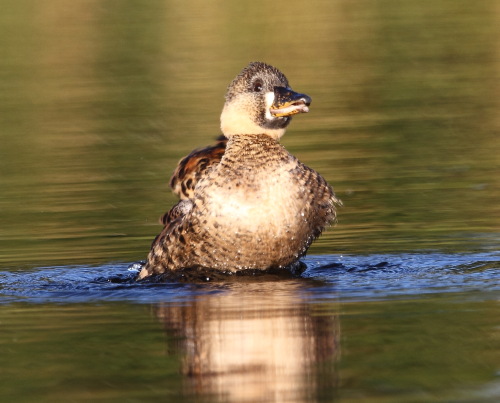 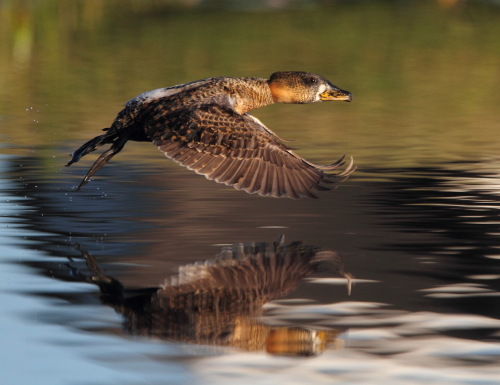 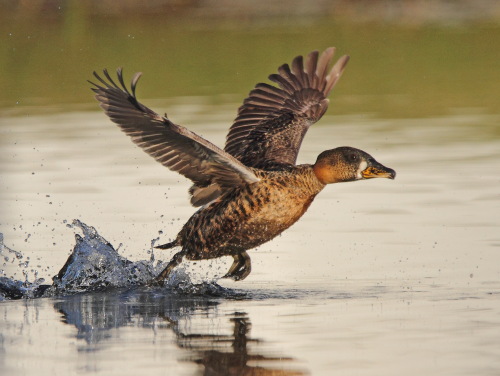 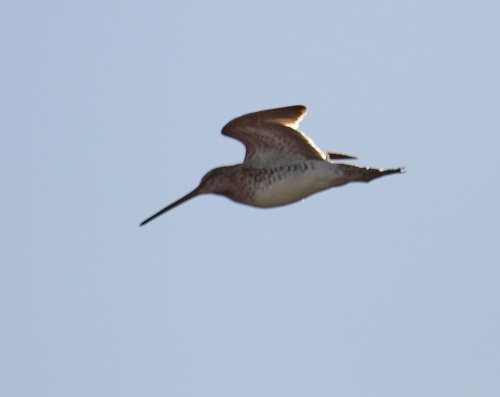 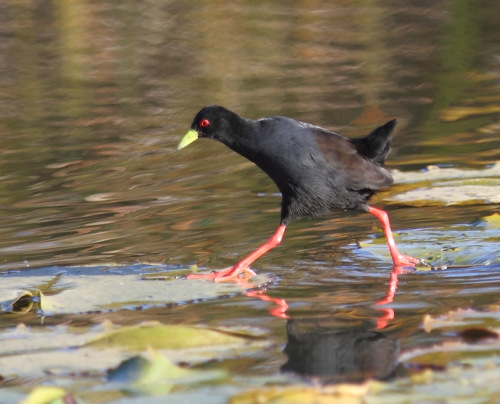 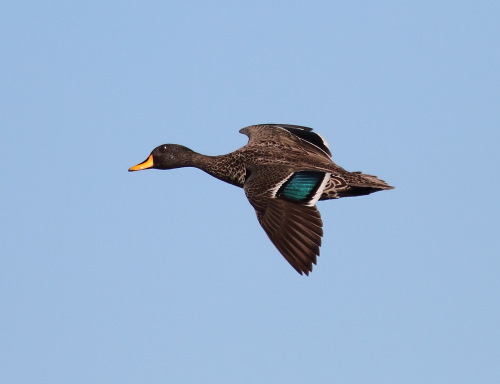 The listing is always there and it goes without saying that the drive back to Cape Town was accompanied by a list of all species on the road.  Although the eventual count was relatively modest at 39 we still had a highlight with a close flyby of a juvenile Verreaux’s Eagle just east of Caledon.

I’m not sure how much exciting birding will be in our future with all the public holidays behind us but we have certainly made the most of our opportunities. 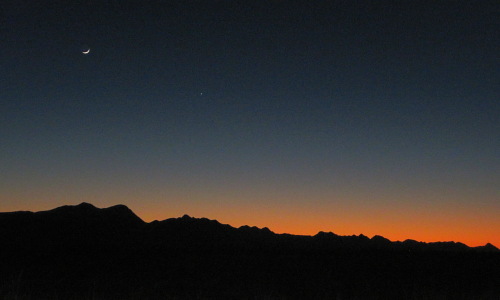 One Response to Nature’s Valley – Fruits of the forest