It is unusual for our family to have very few arrangements on a Saturday morning but for some reason I had a gap between 9 and 11am so Adam and I took it.

I even managed to earn some brownie points by suggesting I take our puppy for a walk in Cecelia Forest, but I am sure everyone knows that there was some kind of birding angle. I figured an hour or two of raptor watching would be a worthwhile exercise, whilst socializing the dog.

Tommy, Adam and I had seen a Honey Buzzard in Tokai a few weeks back but the views we had were pretty average and I had hoped to get something a little better. Cecelia Forest has been a useful spot in the past.

Well, two hours of staring into the sky did not yield very much (other than a few Steppe Buzzards, Booted Eagles and a Rock Kestrel) so we decided to pack it in and return to the weekend chores (which, to be honest, involved a visit to the bottle store to buy beers – hardly a chore). 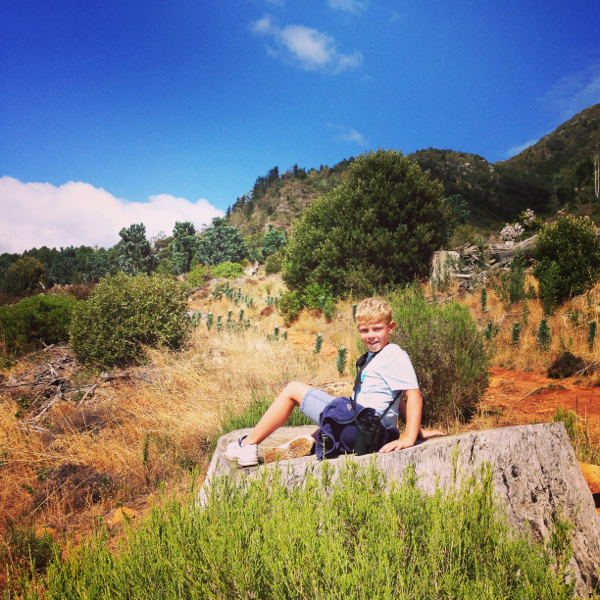 During our time on our walk we had quite a few “honey” false alarms, which is not entirely unusual with Adam, as every buzzard that flew over was called out as a Honey Buzzard. So, it was no surprise as I was negotiating the narrow bends between Cecelia Forest and Kirstenbosch that Adam shouted “Honey Buzzard” when he spotted a bird perched on an exposed branch of an oak tree next to the road.

This time he was a little more urgent and insistent. I managed a quick glance and I had to agree that it was a far better option than the other hopeful calls of distant soaring Steppe Buzzards.

I made a quick decision that this was worth checking out and drove my car through the drainage ditch alongside the road and parked underneath a large tree at the apex of one of the bends. I can’t say for sure, as I was pretty distracted at the time, but I may have been hooted at by one or two nonplussed motorists who didn’t quite understand the importance of a possible Honey Buzzard.

We clambered out of the car and started walking back to the tree where we had seen it. Saturday morning alongside the Rhodes Drive is not particularly quiet so we had to take great care not to get flattened by the traffic. I am also pretty sure that we made for an interesting sight, walking alongside this busy road with our cameras and binoculars. I also had to repetitively tell Adam to watch the traffic as he has the potential to get even more distracted than me when a rare bird is in the offing.

At first I thought the bird had flown, but, as we got closer, I spotted it through a gap and was pretty excited to see that Adam was 100% right this time. I have seen quite a few Honey Buzzards over the years and quite a lot of those have been within spitting distance of home but this was the first time we had managed to find a perched one. 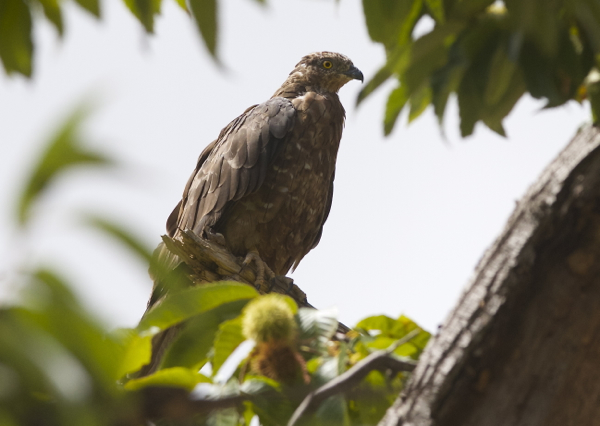 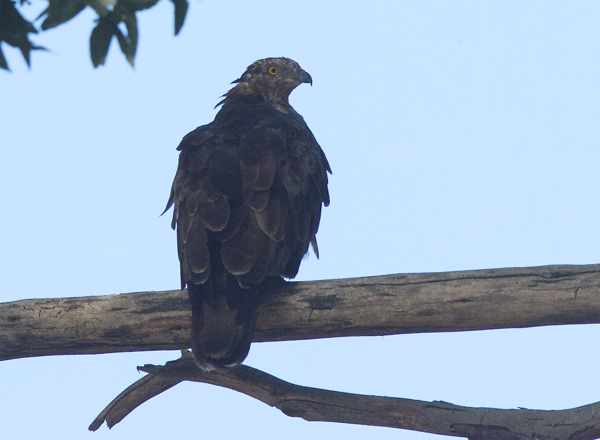 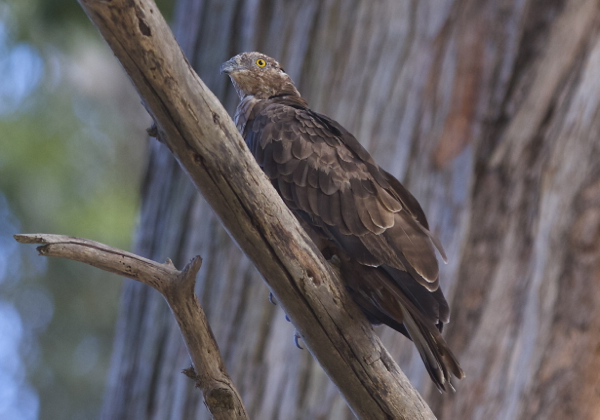 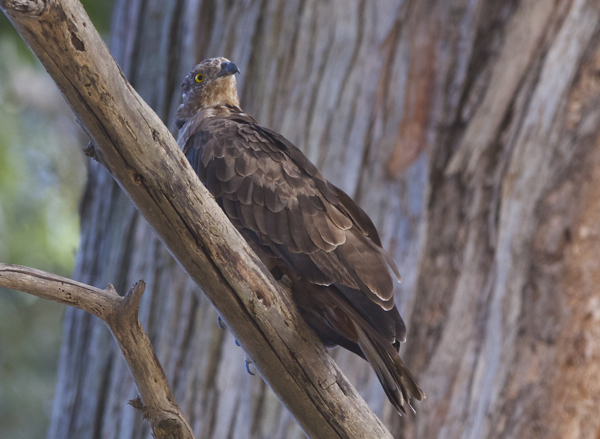 It was a remarkably obliging bird and if it wasn’t for the extremely restrictive location with cars whizzing by every 10 seconds I am sure the pics would have been a lot better but it was an amazing and unexpected experience.