A snake or two

Following on from our difficult week last week the most recent week didn’t get too much better.  The after effects of Tommy’s concussion were far from over and after a night in the hospital on Tuesday night and a full battery of tests on Wednesday we were able to rule out any permanent or long-lasting afflictions.  The prognosis was okay in the end analysis and, although Tommy will continue to have a few issues over the next few weeks, we were far more relieved on Thursday than we were two nights before.

Our planned long weekend to the Koue Bokkeveld with good friends was scuppered by Tommy’s paediatrician and so it would be a long weekend spent at home taking it easy.

It was actually a great way to spend the weekend as we suddenly had time to do some of the things that we just don’t get around to when it is chaotic from Friday night to Monday morning most of the time.  A few long lunches with good friends, a ride in the forest with Jeanie and the boys, a good long mountain bike ride with some good mates and, of course, a trip to the West Coast National Park.

We had decided to that Tommy needed to take it easy and so he missed out on the excursion so it was Adam and I heading out with good friends of ours, the Minchers.  Craig (dad) and Dan and Matt (the boys) had not spent any time in the field with the Buckhams on any previous occasions but the whole family was animal mad and we were sure to keep their entertainment levels up.  It was also very enlightening to hear that Craig had spent time as a kid looking for snakes and so I was keen to have someone along that would be able to assist with the identity of any scary creatures. 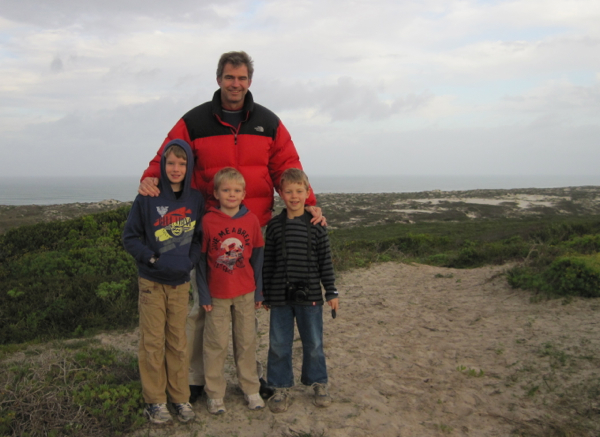 Our visit to the park would be focussed on the reptiles again.  I know it sounds tedious but over the years I have spent so much time in the park looking for birds that there is little for me to see that is new, whilst there are still quite a few reptiles that are still there for me to be discovered.  Our focus would be on those and at the top of my list were a few snakes.  I had heard of good mates spending a morning in the park and seeing 8 species of snake but I was still to get more than two on any visit.

We started our morning’s work on the western side of the lagoon in the strandveld covered dunes which was supposedly home to the most bizarre of snakes.

I had not had high hopes of finding one but within a few minutes of searching Dan found the tiniest little snake under a rock in the sand.  It was very clearly a Black Thread Snake.  I gently picked it up and was pretty disappointed to see that it appeared to be stone dead.  Almost at the same moment, about five metres away, Adam also found a Black Thread Snake which was about twice the size and also appeared to be pretty motionless.  I suddenly realised that it was unlikely that two snakes would be dead for no apparent good reason.  It was a very cold morning in the park and these two were obviously so cold that they were in a state of torpor.

It was not long before they warmed up in our hands and they started to move about, albeit it pretty slowly.

For all the difficulty I have had photographing snakes (particularly the ridiculously hyperactive Delalande’s Beaked Blind Snake from the week before) this was far easier.  the only problem was that it was pretty tricky to tell which was the front end and which was the back!

Some close up photos revealed the eyes on one side of the body and so at least we knew we were at the right side. 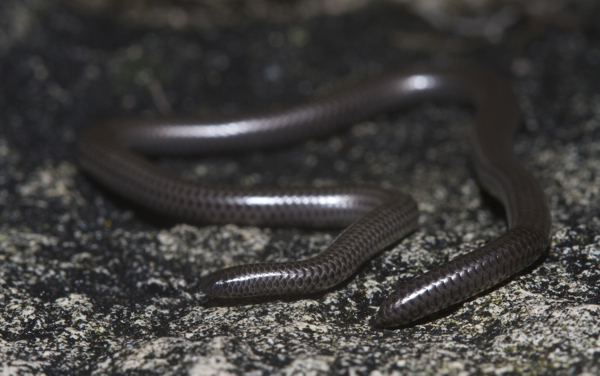 At one point, a tiny little aphid walked along the back of the snake and crawled over the head of the animal.  It was interesting to note that the snake showed no interest in eating the aphid as it literally walked right over its mouth.  At least it gives a good opportunity to see how small this little snake is and doesn’t leave one wondering why they are also called worm snakes. 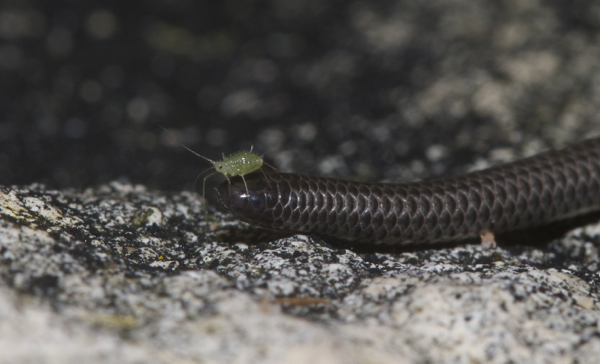 It was a great start to the day and I already had a lifer under the belt.

We had also found our most regularly found reptile – a Herald Snake.  What else? 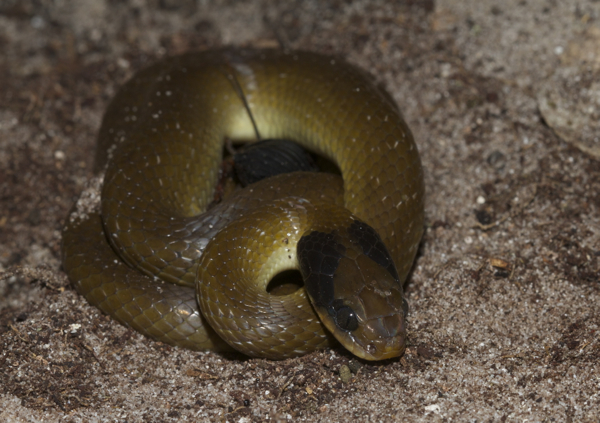 We travelled right across the park to an area with a good deal of rocks and started turning a few things over to see what we could find. 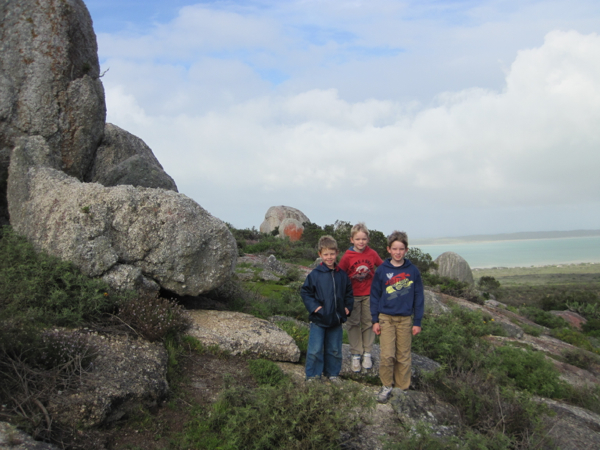 It is normal that these attempts result in a lot of repetition and within 20 minutes we had repeat discoveries of a number of reptiles that Adam and I had seen on many previous occasions.  It was great fun for the Minchers as most of these were new for them and they added Karoo Girdled Lizard, many Striped Dwarf Geckos and a few Ocellated Thick-toed Geckos to their lists. 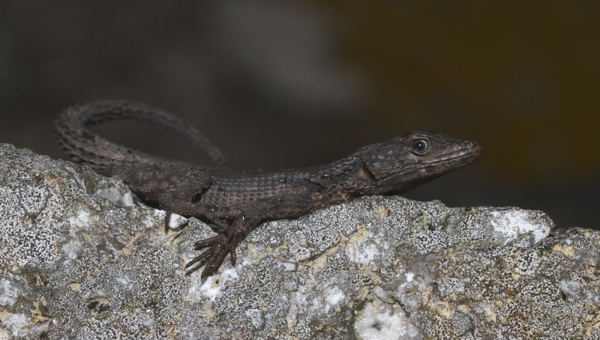 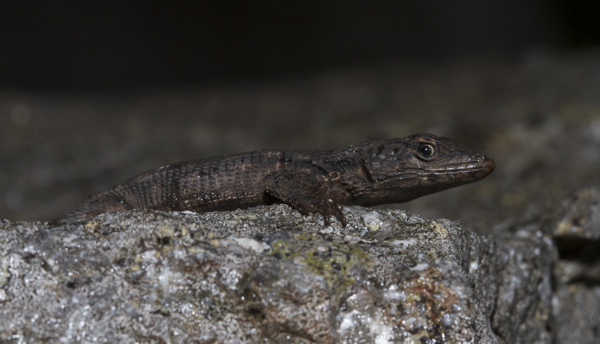 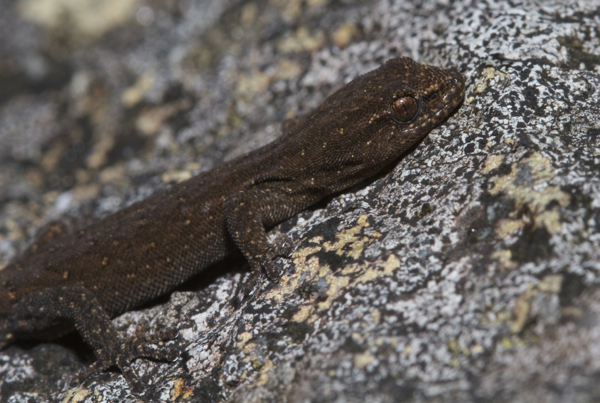 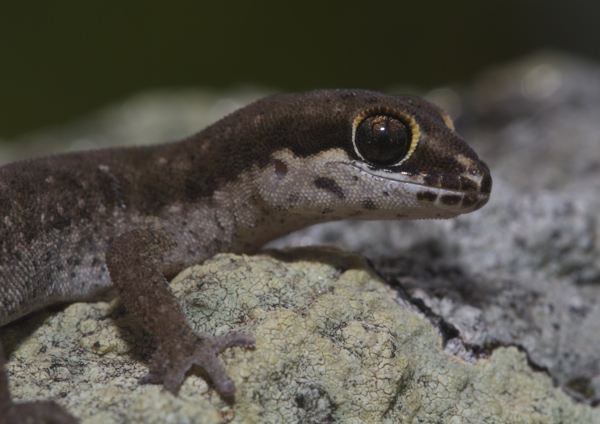 Aside from taking a rather nasty tumble from one of the rocks I was traversing, I also spent a lot of time lifting a few rocks.  One of the rocks I lifted revealed a beautiful small snake underneath it.  It was curled up tightly and so it was tricky to see its head but the cryptic colouring and my research told me straight away that this was a Common Egg-eater.  This was also a new one for me so I was immediately delighted.  I showed very little concern for the dangers of this one as egg-eaters have no teeth and, certainly no venom, so I was quite comfortable being close to this one.

Craig thwarted that idea when he came over and seemed to think that this snake looked a little “adder-like”.  It seemed a little aggressive and it certainly had a far broader head than I had expected from a harmless egg-eater.  From a position of complete ease I was now particularly cautious which I suppose is never a bad thing when being around snakes.  I got a few decent pics despite my nervousness and even the brightly coloured forked tongue seemed to spell danger.  Was this one of those animals where a bright colour was a warning of death or was it one of those where the bright colours were a mimic and it was just as harmless as the thread snake we had seen earlier? 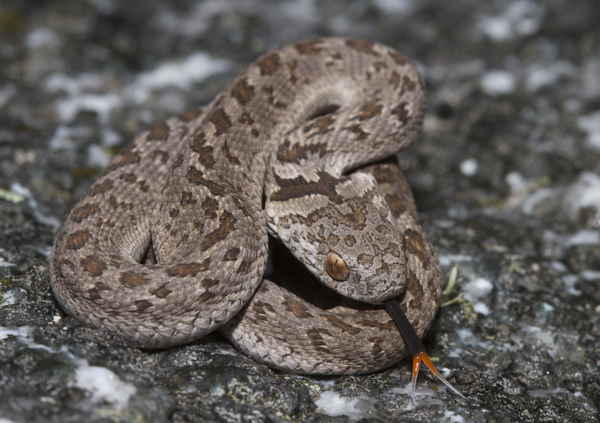 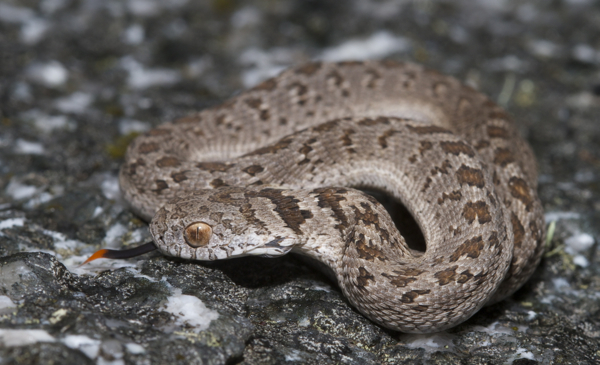 Well, it goes to show that my snake ID needs a lot of work.  I will say that I called it right the first time and it was always a Common Egg-eater but I really should have known with a little more conviction.

There was not much else revealed for the rest of the morning and, although it wasn’t a birding trip, I was still pleased to point out a flock of Wattled Starlings to the kids which is a bird that I had not seen in the park for a while.  It seems as if there is a bit of an irruption of them at the moment which is how they appear from time to time, being absent for years and then present in large numbers when they are around.

A great view of a Black Harrier was also a distraction from the reptiles but unfortunately my macro lens wasn’t quite strong enough to capture it on my memory card.

Another excellent morning of herping and although it wasn’t quite eight species of snake, three wasn’t too bad. It was also very rewarding to have the Minchers along and Dan was kind enough to say that it was probably the best day of his life…