An antidote for cabin fever

After many weekends of spectacular Autumn weather this weekend it all changed.  The cold front moved in on Saturday evening and we woke up on Sunday to the sound of heavy rainfall on the roof.  The pounding of the rain was almost drowned out by the sound of the large population of Cape Rain Frogs that live around our house but are just never seen.  These poor creatures must have been wondering when the weather was going to change as things had been so dry of late.

Having spent so little time out in the field I just had to get out.  My boys had also been suffering from withdrawal symptoms and despite the weather I was going to make a plan to do something.

What best to do in miserable weather?  Go look for frogs, of course.

I got hold of Dom Rollinson to see what he was up to and coincidentally he had planned to take his good friend, James Harvey (herpetologist extraordinaire), to a spot in Bloubergstrand to look for a Sand Rain Frog.  Although Tommy and I had been handed one of these on a platter by Trevor Hardaker during the course of last year’s frogging obsession, Adam had still not seen one and what better excuse did we need to get out?

It was a civilised starting time when we picked Dom and James up before heading out to Blouberg.  The rain had eased off but it was still cold and miserable outside.

My introduction to James was a very interesting one.  As I shook his hand he told me that he had been in a bit of bother the last few days as he had been bitten by a Many-horned Adder 4 days previously up at Strandfontein on the West Coast, just south of the Olifants River.  Here was one of SA’s most experienced herpers and I was presenting him to my boys having been bitten by a snake.

I asked James about the consequences of his adder bite and he casually mentioned that he had 2 days left to live and he had decided on a trip down to Cape Town to spend his last few hours.  He was quite keen to see the Sand Rain Frog as it may be his last.

Clearly I knew he was joking, but did the boys?

The drive to Blouberg provided plenty of time to understand exactly how he had come to be bitten by this little snake.  It was a bit of a comedy of errors (in his words) as he had been ill prepared for handling a snake of that nature and a moment’s lack of concentration had given it a chance to strike and sink its fangs into his thumb.  James knew that it was unlikely to cause him any life-threatening harm but it resulted in enormous pain in his thumb, hand and arm.  James described the adder as being about 8 inches in length and it is amazing how much damage such a small creature can cause. 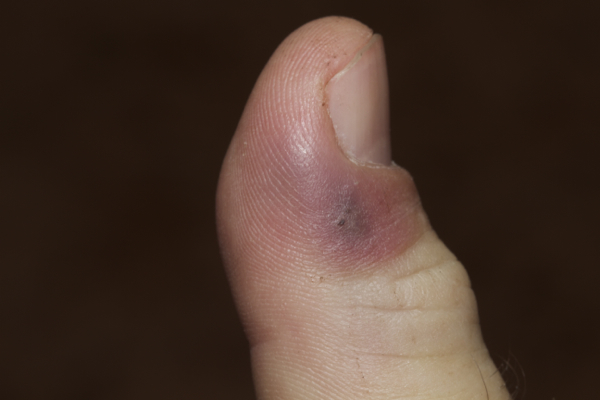 The best part of the story was that James realised that he would have very little time before his hand went completely numb, so he made sure he got his camera out quickly to take some photos of this rare creature before he lost all use of his hand.  The photo below gives you some idea that he was in a reasonable frame of mind before the real pain set in.  Such an amazing looking animal. 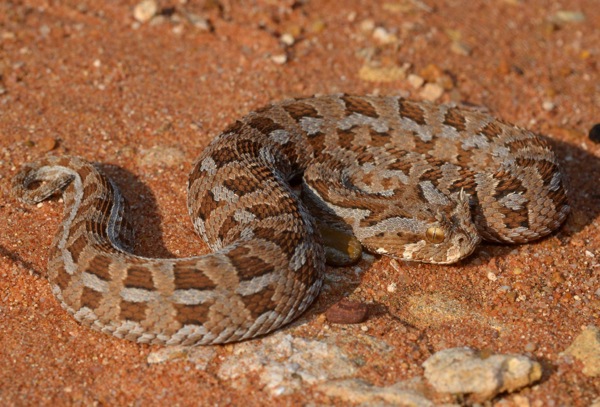 I suppose it was a useful story to hear as it gave us a bit of pause to consider the consequences of picking things up that we do not know that much about.  I made sure Adam was listening very carefully as he has a bit of a habit of picking up snakes that he has not yet fully learnt about.

Anyway, we arrived at some Strandveld just south of Melkbosstrand and started our search for a Sand Rain Frog.  Almost immediately we heard a few of them calling but it wasn’t long before we realised that the conditions were not quite right and the regularity of their calls was too infrequent to be able to triangulate them effectively.  Despite getting quite close to one or two vocal males we could just never find one at the base of the bushes and so had to save the frogs for another day.

The search for frogs and reptiles was heavy going and despite five of us looking through the sand for as much as we could find we had relatively modest success.  In fact, between Adam and I we found absolutely nothing but Tommy and Dom found a Red-sided Skink and James managed to unearth a very cold Knox’s Desert Lizard and an extremely cute Ocellated Gecko. 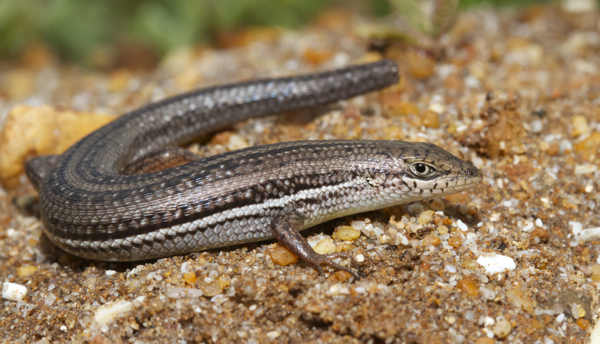 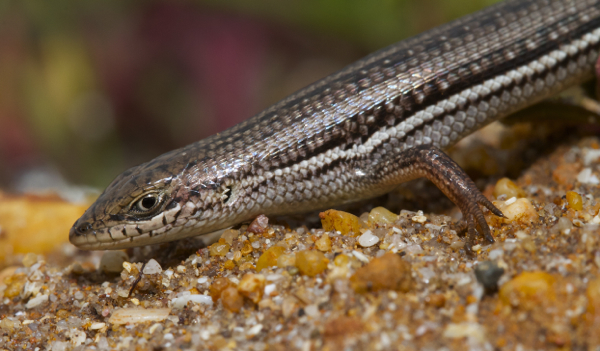 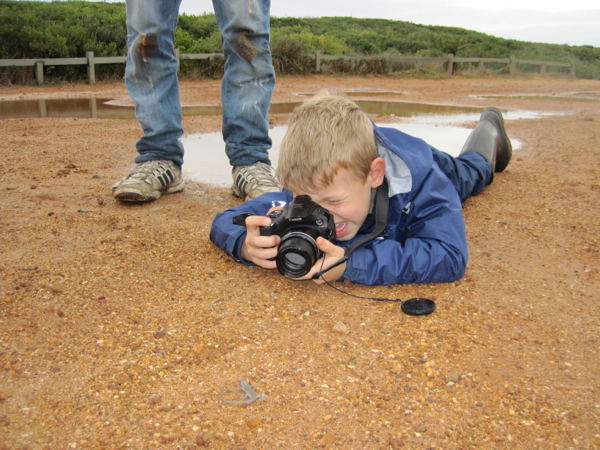 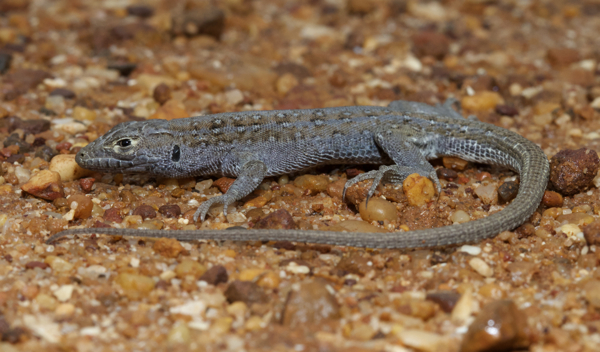 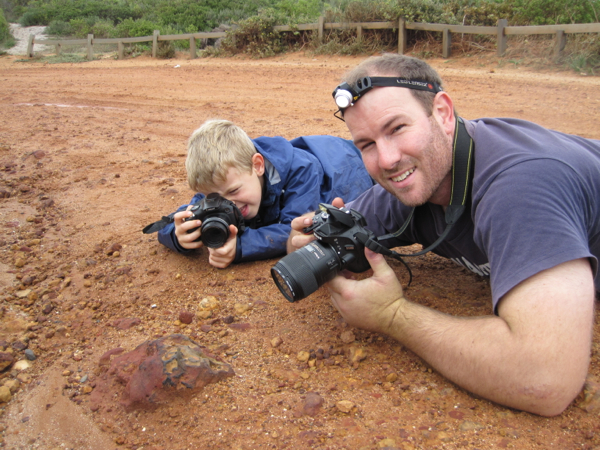 James and Adam photographing the Gecko 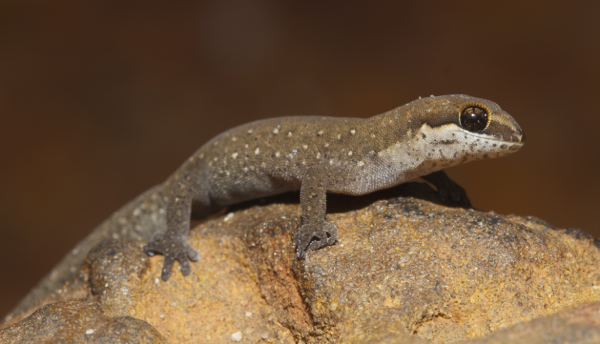 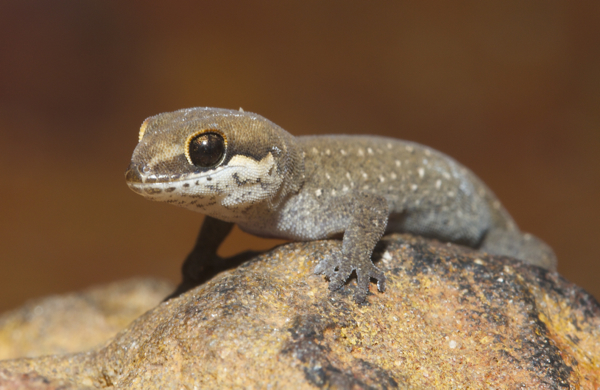 The weather was pretty miserable but we always keep our eyes and ears open for a bird or two and, to be honest, they were pretty thin on the ground.  I was quite surprised to hear some Cape Penduline Tits near the car and fortunately Adam had a decent lens-reach to capture one of them as it perched nearby.  It was a nice bird to see so close to Cape Town and a nice bird for Adam to have as his debut photograph on Buckham Birding. 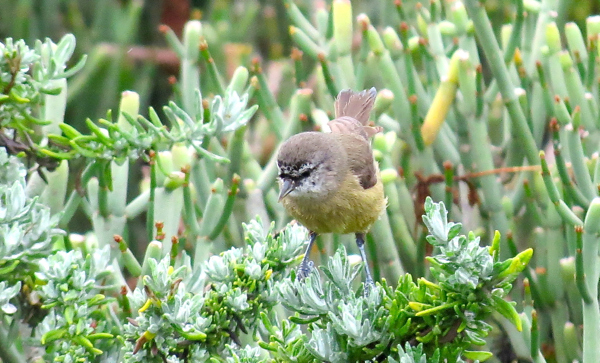 Despite missing out on the frog it was still a very worthwhile morning and far exceeded sitting indoors with the boys climbing the walls.

We got back to Rondebosch to drop off James and Dom and as we said our goodbyes to them Tommy said to me in the car: “Dad, I feel so sad for James – he only has two days left to live”.

The poor innocence of youth.

I suddenly realised that Tommy had spent the whole morning thinking that James was on his last legs.  I had noticed that Tommy had been particularly vigilant in his search under the bushes.  He must have thought to himself “if James is leaving this world let’s make sure he at least sees a Sand Rain Frog before he goes.”

3 Responses to An antidote for cabin fever