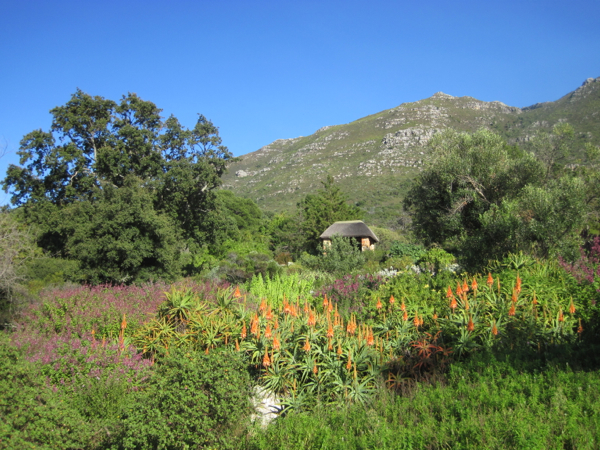 Yes, it has been quite a long time since I last put something down that was worth reading.  I am not sure if anyone has missed my reasonably regular blogs but my lack of writing was pointed out by my mother and since she is my most avid fan I suspected it was time to get back on the horse.

My silence has been due to a number of reasons.  I guess my last posts were reporting back on a trip of a lifetime to Zimbabwe so anything local was always going to seem pretty mundane in comparison.  There has also been a bit of a slow period in terms of worthwhile twitches and i didn’t really feel that anyone would want to hear about an Abdim’s Stork that we didn’t see last weekend.  Autumn is also very much an in-between time of the year.  The migrant birds have headed north, the resident birds have all lost their fancy dress and given their voices a break; frogs are not yet wet enough to make themselves seen and heard and the cold mornings are not the best for reptiles.
Life in our household has also been pretty busy.  Schoolwork, school sport, office work and fetching and carrying have all meant less time out in the field.
My final excuse relates to the priority I have given in the last few months to my upcoming Sani2C cycle race which kicks off on the 15th of May.  Many of my recent Saturday and Sunday mornings have been spent on my bike making sure that I am in good shape for the race.  I am pretty sure that the end of Sani2C will see me winding down on the riding and most likely spending a little more time finding some birds, frogs and reptiles.
Having said all of that the diary had a gap this last weekend for an outing.
The original plan had been for a visit to West Coast National Park.  The weather was looking peachy and we had no firm social engagements in the diary.  I had hoped to head out to the West Coast National Park but those plans unravelled at the eleventh hour with a late night and a sick family.
The start of winter is always a tricky time for family health. but this year it has been a little worse than normal.  The entire household, with the exception of Jack and I were in the throes of some or other lurgy.  Jeanie and Emma were suffering from head colds, Tommy had a terrible cough which kept him out of his Saturday morning rugby game and Adam, the most afflicted of all, with a serious bout of what seems to be Glandular Fever but the jury is still out on that one.
Not being able to head too far from home I decided a casual stroll in Kirstenbosch would make the most sense.  The weather looked perfect and a Brown-backed Honeybird seemed to have been floating around the gardens which meant we would at least have an objective for our outing.  The gardens were in beautiful shape and although winter was just around the corner the birdlife was actually quite prolific.  We had good views of some of the more common species in the gardens and managed a few reasonable pics. We also bumped into large numbers of other birders making the most of the weather.  We criss-crossed paths exchanging a few bits of gen but continued wandering around ticking off the species as we went. 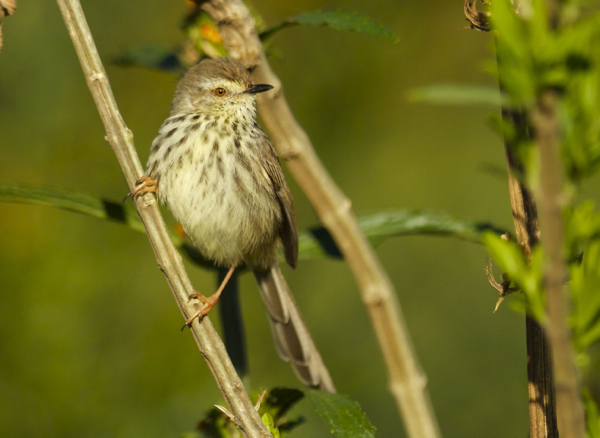 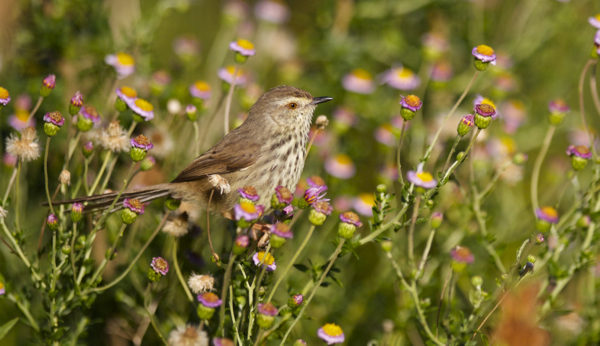 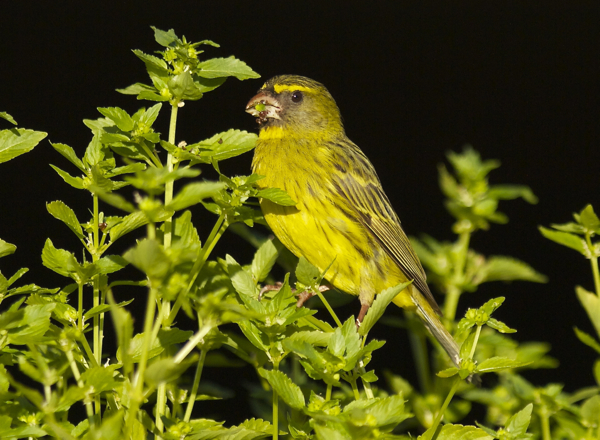 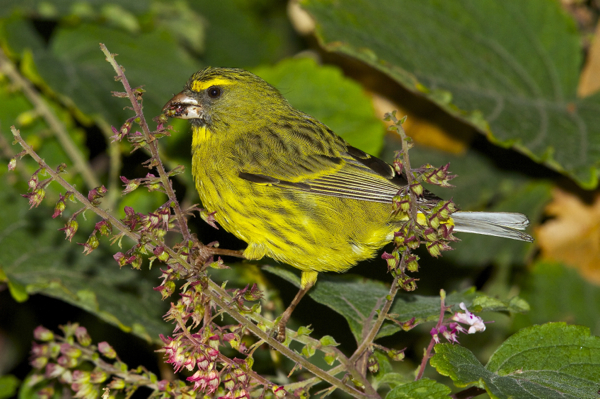 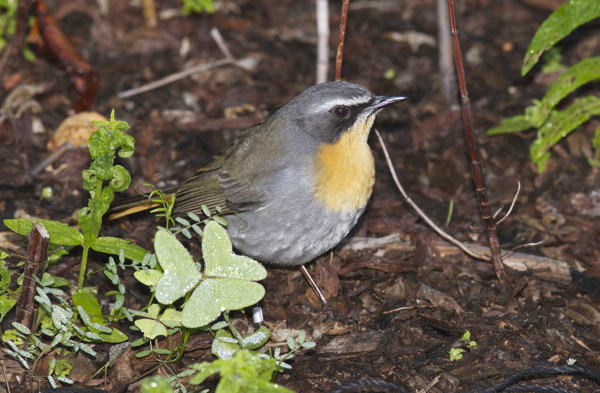 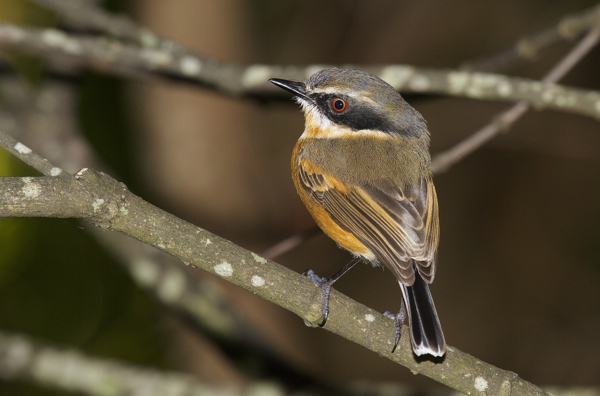 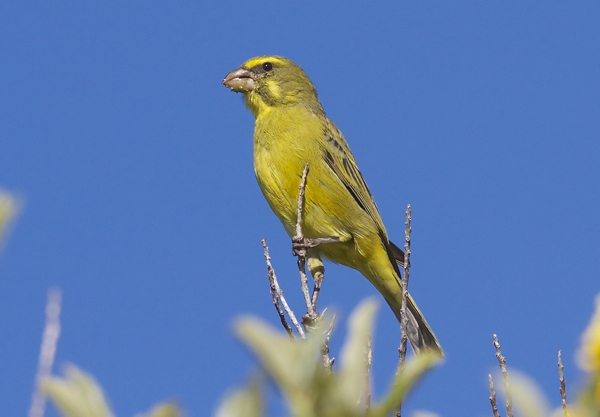 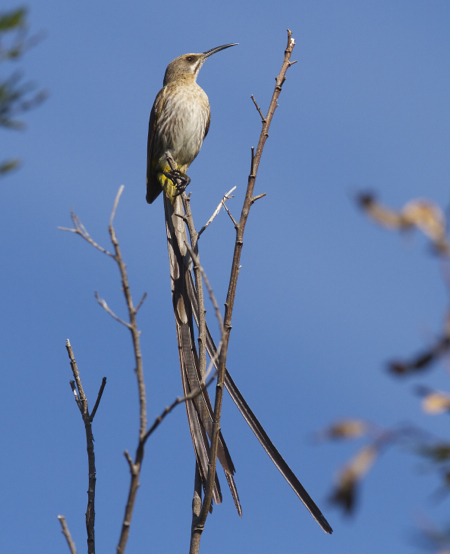 Whilst walking up the open garden on the mountain side of the Dell I noticed a small bird flying from the upper reaches of the garden down towards us.  The flight was pretty distinctive with the pronounced undulations telling me straight away that this was the Honeybird.  It landed about 20 metres away at the top of a Mountain Cypress and perched right in the open for decent views.  This was probably my 5th or 6th sighting of Brown-backed Honeybird in the gardens but it is always a very pleasant surprise to bump into one.  Normally they are located by their call but this one did not give us any clue through its voice.  We were just lucky to see it as it flew over our heads.
Interestingly, many people refer back to African Dusky Flycatchers when they imagine a Brown-backed Honeybird before seeing their first one.  I know I was the same and I always wondered how I would tell them apart.  Well, once you have seen your first Brown-backed Honeybird it is not particularly easy to confuse the two species.  The Honeybird is a shy elusive bird that tends to fly a distance, perch momentarily and then move on.  In my experience they seldom perch for too long in the same place whilst the flycatchers dominate a particular perch and perform their feeding sorties from it.  The white outer retrices of the honey bird are certainly a clincher but I have always found the bill to be the most noticeable feature of the bird.  The dusky flycatcher has a straightish, rather delicate flycatching bill whilst the honey bird has a short, appreciably curved bill that narrows to a relatively sharp point when seen in profile. 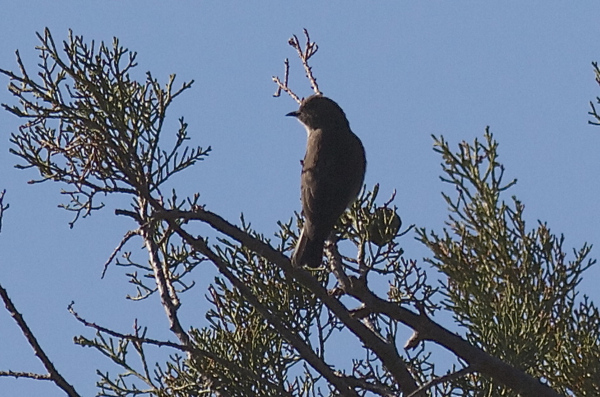 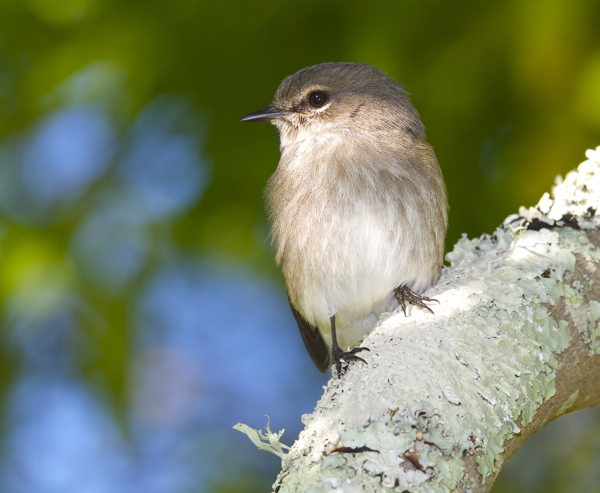 As soon as our subject perched, we fired off one or two shots just to make sure we had some kind of record of the bird.  I thought immediately to one of the bird clubs that were walkabout in the garden and they were in fact in sight near the Spotted Eagle Owls.  I sent Tommy on a quick run up the gardens to call the birders over but as is usually the case with great birds like this the Honeybird was gone within 30 seconds.  It was a pity it did not linger a little longer as it would have been a lifer for many of the people in the group.
Aside from a few birds that we photographed I gave some “bee” photography a bit of a bash.  Nice to see them up close. 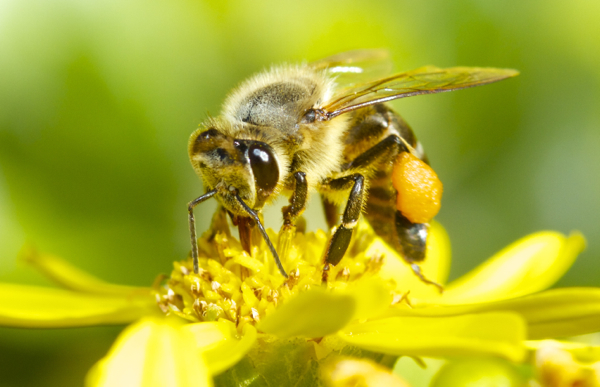 We spent a little while longer wandering in the upper reaches of the garden and then headed home after a very pleasant morning out.  It was extremely local but surprisingly enjoyable. 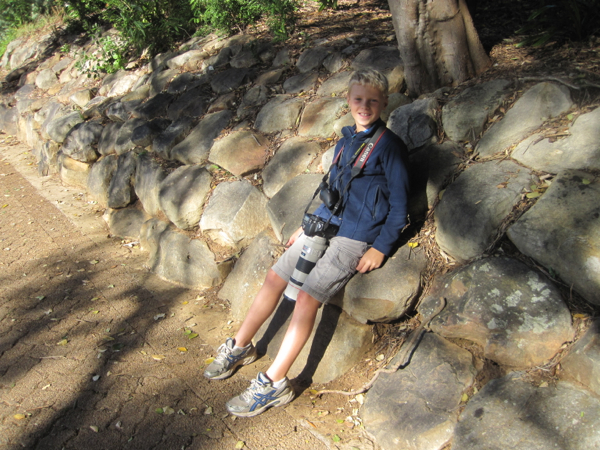 3 Responses to Local is Lekker