Of wagtails and sandpipers 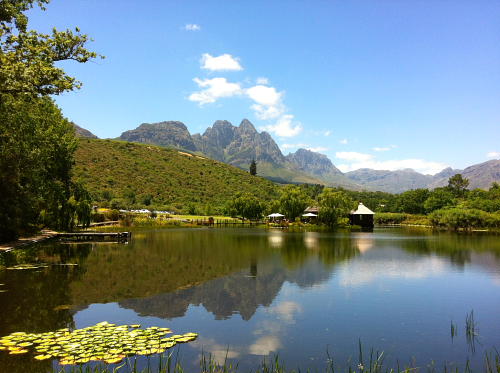 A return to the normality of working life was a bit of a shock to the system but it is always easier to live with this when spending some time doing a little birding.  That was the plan for our first weekend back.

Although we did not spend too much time in the field we did manage to catch up with two birds of consequence.

The first was an African Pied Wagtail.

I had attempted to twitch this bird in the Western Cape on a few previous occasions but never with that much energy as it seemed a little silly to chase an African Pied Wagtail with any vigor.  Perhaps I felt that an easy one would turn up somewhere very convenient and I would be able to tick it with minimal effort.  I spurned the one at Paarl Sewerage works (well, I looked for it but not very hard) and I scoffed at the one at Cape Point – way too far to travel for such an ordinary bird despite its rarity in the Western Cape.

Well, my nonchalance eventually paid off.

Jeanie had arranged to meet with some of her work suppliers out at Warwick Wine Estate for a picnic on Saturday afternoon.  Having agreed to accompany her on this outing at the expense of my mandatory and considerably precious afternoon snooze, I felt I had a tiny bit of negotiating power – why not swing past the Post Card Cafe in Jonkershoek on our way to the picnic?

Remarkably, Jeanie succumbed to this deal and we found ourselves rolling into the parking lot of the cafe at around lunch time.

I’ll be honest and admit that I thought finding the bird would be a slam dunk.  After all it is a black and white bird and this particular specimen had been reported regularly over the last few weeks. I had also been given some very current “gen”, with word on the street that it liked to hang around under the willow trees.  What I didn’t realise was that there was more than one stand of willow trees.  And why would you not expect that the two stands were at opposite ends of the dam.

Jeanie had asked me how long we would need.  It was a simple answer: “arrive, jump out of the car, see the bird, take a great pic, jump back in the car and we’ll be done.  No more than 10 minutes.”

The bird was not under the first stand of willow trees right next to the car (why would you ever expect that?) so we embarked upon a perimeter search.  The minute I left the car the weight of Jean’s “watch tapping” bore heavily on my shoulders.  The perimeter search was more of a frog march around the dam trying as hard as possible to make as much noise as we could so that every bird in the vicinity flushed – that would be our best strategy.

We worked our way around the dam and my time had run out.  It was time to go.  Just as we reached the original stand of willow trees Tommy shouted out: “there it is” and so it was.  Parading right in the open under the willow tree – just where I had been told where it would be.  There was time for one pic before our time was truly up and the only reason I have included this absolutely dreadful photo is proof of the severe pressure I was working under. 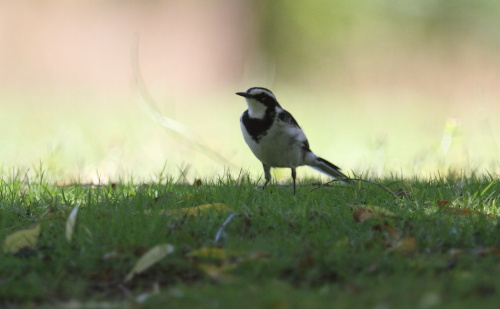 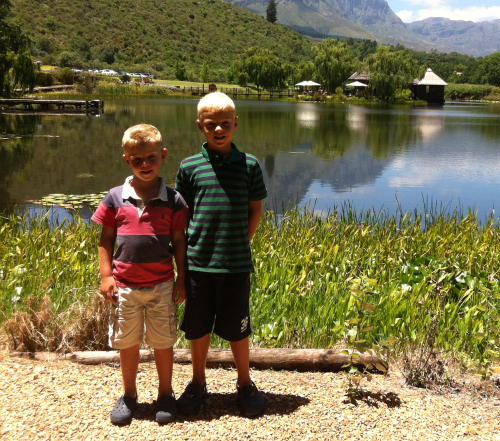 We jumped into the car (it was actually still running), jammed it into reverse and raced out of the parking lot.  I felt a little like Scott Scot from an episode of “Skattejag” (apologies to those that are too young to have grown up in SA in the mid 80’s where that was the best that TV could offer) and I was quite tempted to shout “stop die horlosie!!”

Anyway, we raced across Stellenbosch and made it to Warwick without too much damage done to Jean’s hard earned work relationships.

Bird number 2 for the weekend was the reliable Pectoral Sandpiper at Strandfontein.  Remarkably, this was not going to be a lifer, Western Cape bird or even a photographic list bird for me.  Neither was it going to be a lifer for Tommy having already seen one at Muzi Pan as well as Rocher Pan.  The main objective however was to improve my photographic evidence for this national rarity.  It didn’t hurt either that it would be a lifer for Adam and this may be important in years to come as Tommy and Adam compete head to head on the length of their lists.

As is often the case, Dave Winter joined the Buckham clan and we made our way to Strandfontein on Sunday morning.  We headed straight for P1 with a momentary pause for a photo of a Steppe Buzzard and soon we were scanning the margins of the pan for our target. 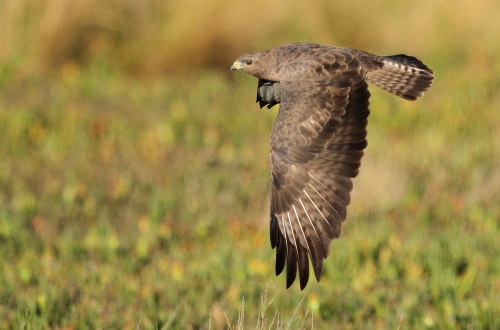 Dave relies on me a lot to get the “gen” as he knows that I have a tighter time schedule than he does but I certainly rely on him to actually find the bird we are looking for.  We have had many wader twitches together where I have misidentified the first 5 or 6 birds I have looked at before Dave calmly finds the quarry and points it out.

This time was no different.

I had a few premature identifications before Dave picked up the bird still roosting amongst a bunch of hyacinth.  The scopes were on the bird and luckily there was a large piece of plastic as a reference point in order to assist the young Buckhams in pointing out the bird.  Once we had all found what we were looking for and had decent scope views we managed to get a little closer to get some decent shots.  The bird was reasonably obliging and I certainly got some improvements to my existing pics. 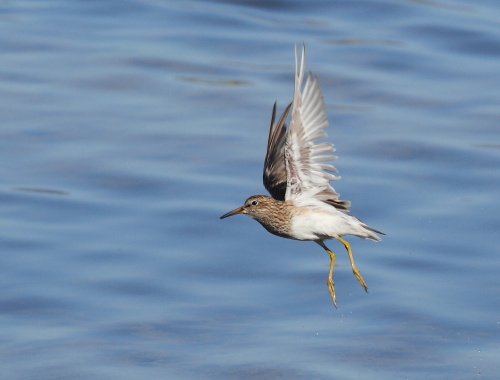 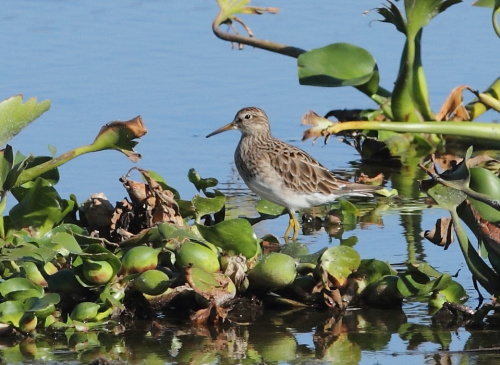 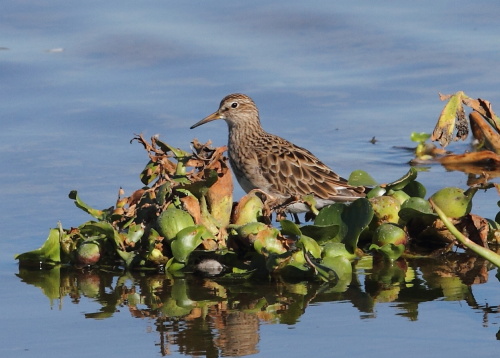 At 8:45 we packed our bags and headed back home to make sure we got back in time to catch the bus to Muizenberg beach for some family fun.