Kirstenbosch Gardens – a one bird wonder

It is very seldom an entire blog is devoted to photographs of a single species, however, it just felt appropriate to do it this time.

I woke up bright and early this morning and headed off to Kirstenbosch to do some pre-work atlassing.  It is a rather indulgent thing to do but given the fact that the daylight hours are lengthening and the bird activity is on the increase it seemed an entirely natural thing to do.

Most of my early morning Kirstenbosch outings follow a very similar pattern with the same birds being ticked in the same places at more or less the same time but this morning I had a very nice surprise.

I was up in the open lawn section nearby the cycads ticking the customary Forest Canaries in the open beds when I noticed a bit of exaggerated flapping in a bed further up the slope.  I immediately knew it was a raptor given its size but its terrestrial behaviour was quite odd.  It was some distance away from me so it was tricky to ID, further exacerbated by the fact that it was in the middle of a small bush.  Eventually it popped out of the bush and started running around on the ground peering into the bush at varying angles.

It became immediately apparent that it was a stunning adult Rufous-chested Sparrowhawk, a bird that I usually only see flying overhead at pace.

This one was giving me a spectacular show.

For a full 5 minutes it ran around the bush occassionally jumping in the air, trying to get a slightly better angle at the bush.  There is no doubt there was some prey item in the middle of the bush but this bird was not having a good day and eventually it ruffled its feathers in a huff and launched from the ground moving onto a slightly easier target. 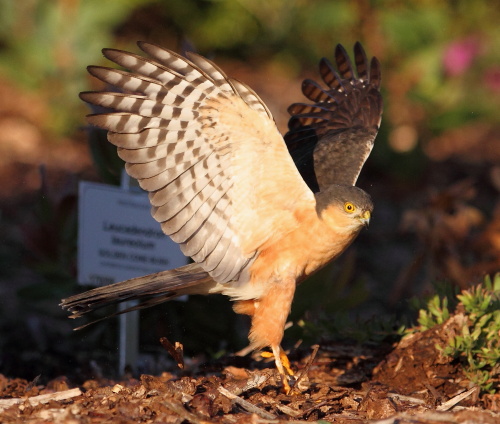 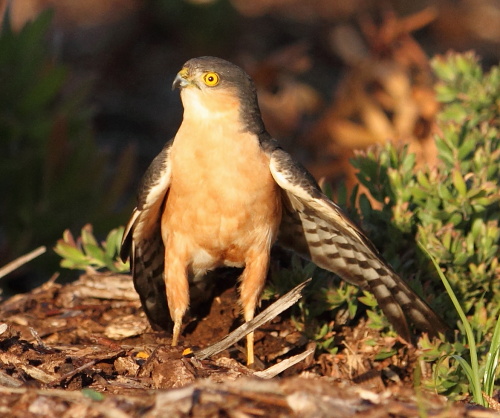 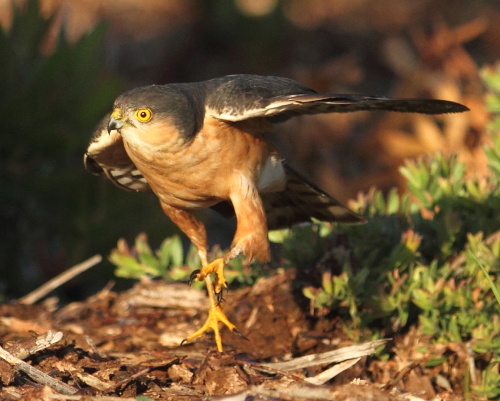 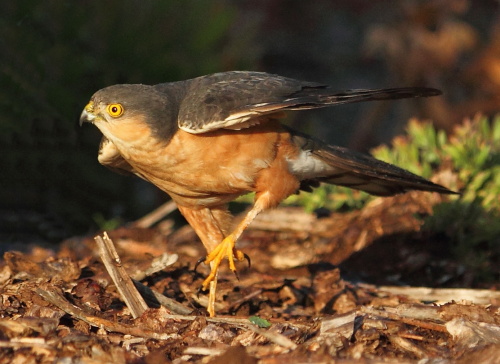 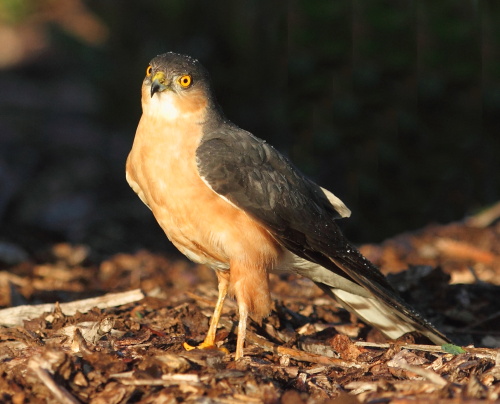 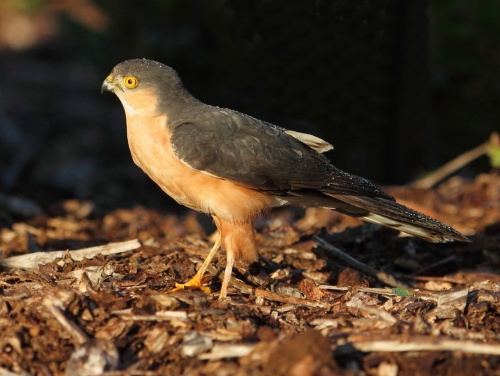 14 Responses to Kirstenbosch Gardens – a one bird wonder