Silvermine – Hard work for a lifer 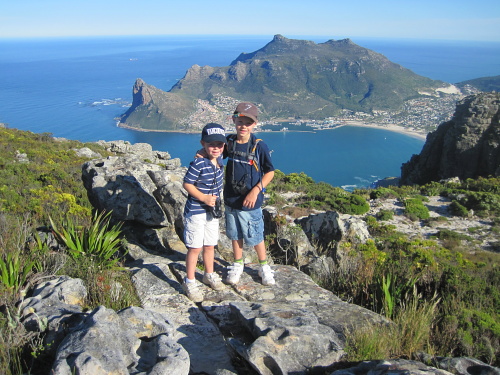 A very quick offering today.  I’ve decided it will be more of a photographic journey than detailed prose.

It does need to be said that we were treated to the most spectacular weekend of weather imaginable.  After last weekend’s miserable cold front all was forgiven as we had our first real taste of summer with two days in the mid to upper 20’s and virtually no wind.

Saturday was dominated by a long training ride, a bit of Rugby World Cup and an aborted ride with Tommy and Adam to Rhodes Memorial as a result of mechanical issues.

Sunday, however, was an opportunity to get up to Silvermine again and try find the elusive Ground Woodpecker at the top of Noordhoek Peak.  We had tried a few weeks back with no success and given the predicted weather it was a good opportunity to do so again.  We left Jeanie, Emma and Jack at home and were the first in the gate at Silvermine for an early start. It was a very good strategy given the fact that the temperature climbed rapidly during the course of the morning and would have made the task that much more difficult. 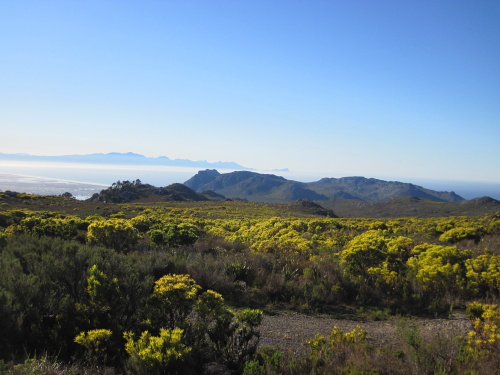 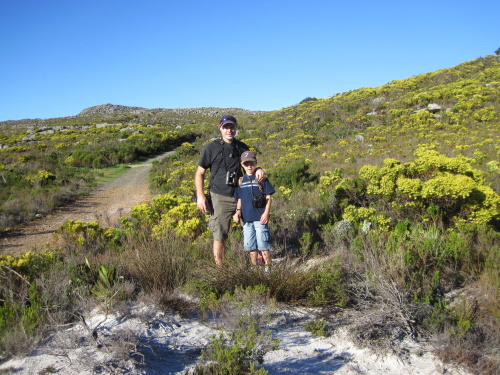 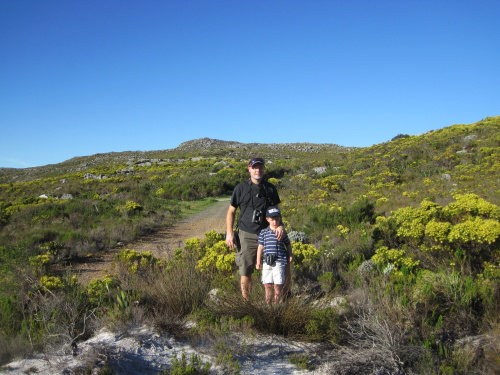 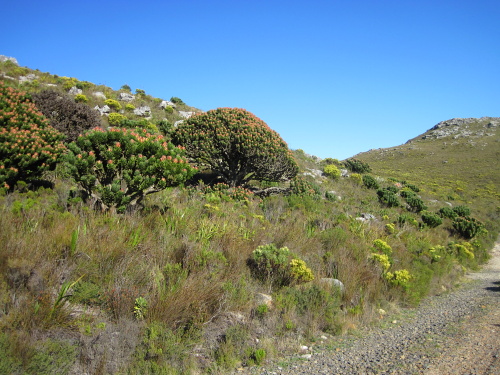 On such a beautiful morning (I had the boys shouting B-E-A-Utiful on the drive up) it would not have mattered much if we hadn’t have seen anything but fortunately there were a few birds out.  There were hundreds of swifts wheeling about the sky feeding on the early summer insect emergences whilst all the fynbos birds seemed to be busying themselves with important spring activities.  I spent some time trying to photograph the swifts managing to capture some interesting poses.  The one African Black Swift showed an enormous amount of scaling on its flanks which is something that I have not seen before.  Only with digital photography is it really possible to capture these views. 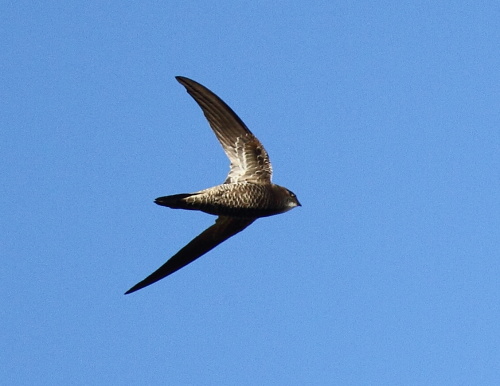 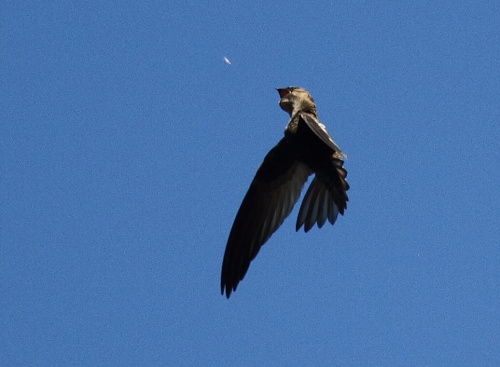 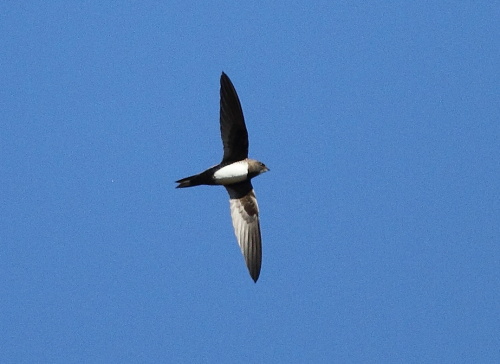 After a decent slog to the peak we set about finding our target bird.  We scoured the rocky outcrops surrounding the peak with very little success and so chose to head towards the cliff on the western ridge of the range.  Not ever having been to the cliff that is home to the only remaining Verreaux’s Eagle pair on the Peninsula it was a very pleasant surprise to see one of the adult birds sitting on an outcrop watching over Chapman’s Peak – a true bastion of our Southern African mountain ranges (unfortunately no image as the bird was pretty distant).

The hunt for the Ground Woodpecker would also be rewarded.  After about 15 minutes of scanning I eventually heard a high pitched shrieking echoing off the rocks.  Normally being relatively showy birds this one took some time to reveal itself.  It was also unusual to see a single bird (as opposed to the small family groups that are more typical of these birds) but at least Tommy and Adam got what they worked so hard for.  A 4km hike to the peak is certainly more than adequate payment for a lifer. 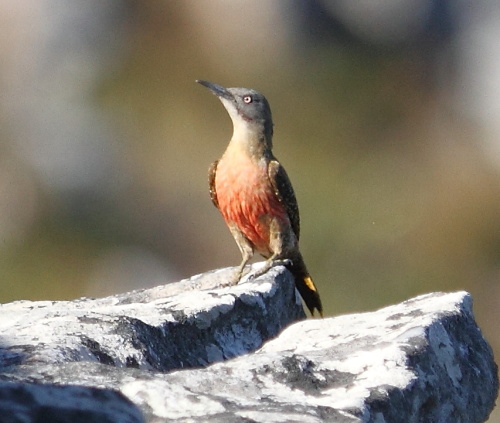 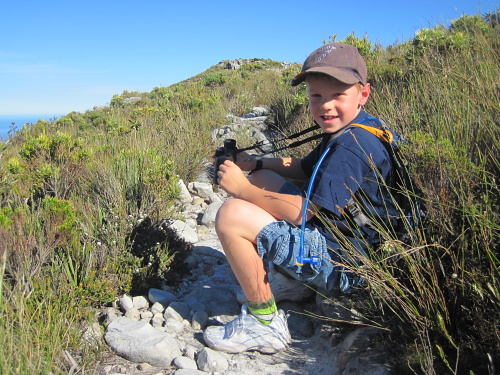 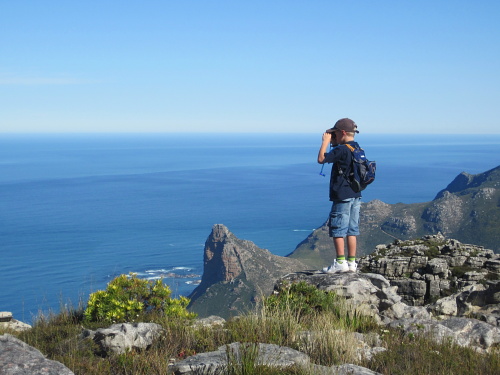 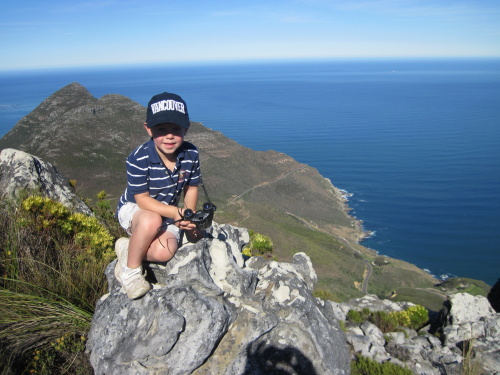 I have also included a picture of one of my first successfully identified reptiles (thanks to Trevor Hardaker’s website).  What we have here is a Black Girdled Lizard which was spectacularly common on top of the mountain but it turns out it is actually an endemic to South Africa.  Who knew? 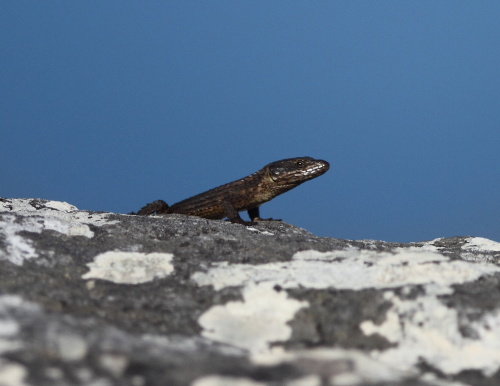 We returned from the peak enjoying the downhill stroll and rewarded ourselves with a very refreshing swim in the reservoir.  The Heritage Day weekend was in full swing with most of the braai sites taken quite early in the day. 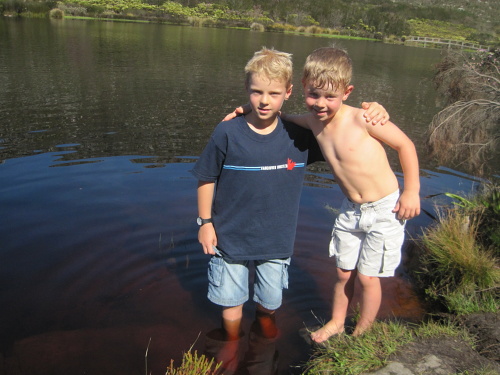 One Response to Silvermine – Hard work for a lifer