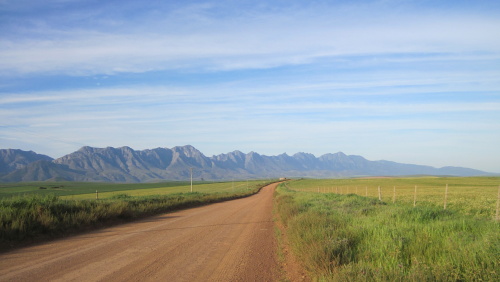 After a considerable break from much dedicated birding we got back in the saddle this weekend with some time away to Greyton with a bunch of mates. Non birding mates, it needs to be said, but that didn’t stop Tommy, Adam and I heading out into the green fields to see what we could find. 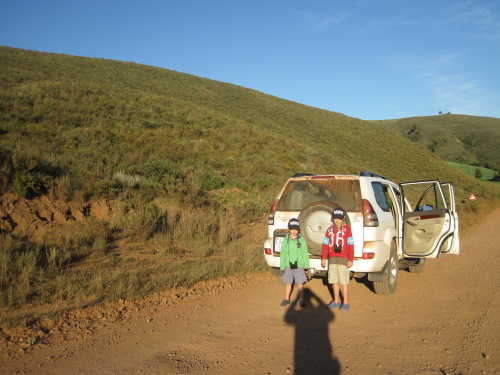 It is relevant that I mention only Tommy and Adam. Some of you may need reminding that Jeanie and I added to the Buckham clan a few short days ago with the arrival of Emma so it was just a bridge a little far to expect Jeanie and Emma to join the “boys” out and about. Never mind missing some female company from my wife and daughter (although I have to confess that Emma is not much company at the moment with her primary focus being bed, breasts and burping) so I called in reinforcements asking my mother to join me to “help out” with the boys.

Yes, I needed help with my 6 and 8 year old. How useless a father am I?

In reality I am not that useless but it was a good opportunity for my mom to spend some quality time with the three Buckham boys. Okay, You are now thinking that I really am a terrible father having neglected to mention Jack’s plans for the weekend but after having been given the option to decide his own destination for the weekend he decided he wanted to take an opportunity to play the big brother at home and look after his mom and sister.

The weekend didn’t start until the boys had competed in a Friday afternoon “blisters for bread” cross country where I ran with Tommy on his 5km route. A day will come when I won’t be able to keep up but I acquitted myself well and supported Tommy up and down the steep slopes of the Tokai plantation. There were some dads that had already been left behind by their sons but as we all advance on the wrong side of 40 and our boys start stretching their limbs it is going to be tougher and tougher to stay with them.

Soon after we crossed the finish line we jumped into an already fully laden vehicles with bikes, camera stuff, bags for every conceivable set of weather conditions (Jeanie wasn’t with us but her packing theme came through very strongly) as well as many kilograms of food and we hit the road east to Greyton. We stayed in some very comfortable cottages a little outside of town on the banks of the Sonderend River (a somewhat mythical name with a South African theme).

The area surrounding Greyton is dominated by agriculture with wheat fields and canola being the dominant monoculture whilst the imposing mountains to the north of the town provide a stunning backdrop to just about any view.

The Sonderend River is much like many of the rivers of the Western Cape, being choked to death by wattle and eucalyptus stands that seem to suck the water right out of the river right before your eyes. Indigenous patches are few and far between and in many cases the birdLife sadly reflects this. It is not all bad though and whilst in Greyton I managed to atlas two adjacent pentads just south of the town.

The typical farmland birds abound with the occasional surprise here and there. I was pleased to hear quite a few displaying Cape Clapper Larks in some of the remaining Renosterveld whilst the biggest surprise of all were a few sightings of Agulhas Long-billed Larks on a few of the stony hillsides (beautifully carpeted with a lush green covering of grass in this most fertile of seasons in the Western Cape). I am only familiar with these birds further south on the Agulhas plains so to see them north of the N2 was a surprise.

Other good birds of the weekend included a number of raptors. The laundry list includes Jackal Buzzard, African Harrier Hawk, Rock Kestrel, a brace of Harriers (Black and African Marsh), Booted Eagle and a Yellow-billed Kite (yes, it is Spring and it was not unexpected to see these latter two). 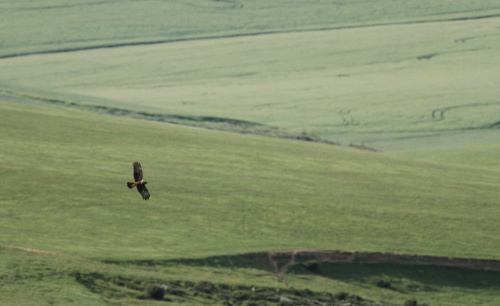 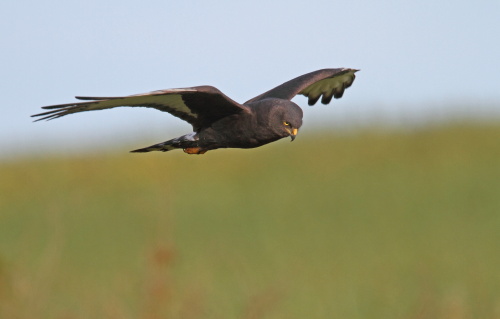 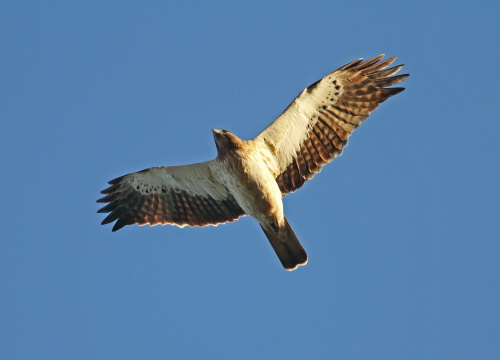 We also were treated to hundreds of Blue Cranes amongst the livestock and although they are common in this area it is always something special to see these elegant and graceful birds in these kinds of numbers. 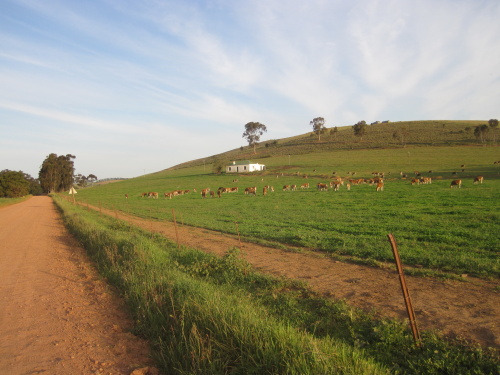 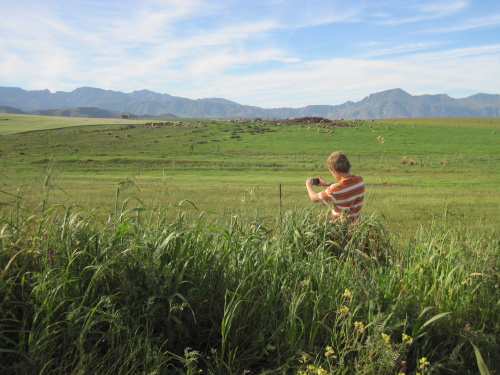 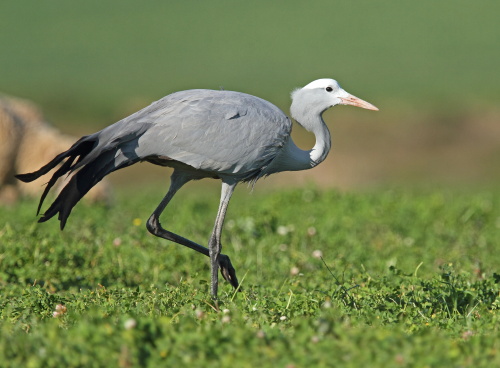 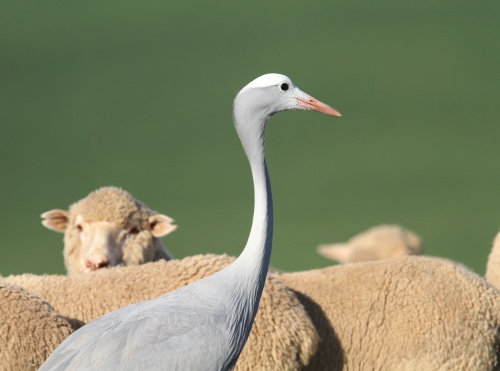 As is usually the case in this habitat the most photographic opportunities were of fence-sitting birds with Large-billed Lark, Grey-backed Cisticola, Capped Wheatear, African Pipit and Common Fiscal making up the numbers. 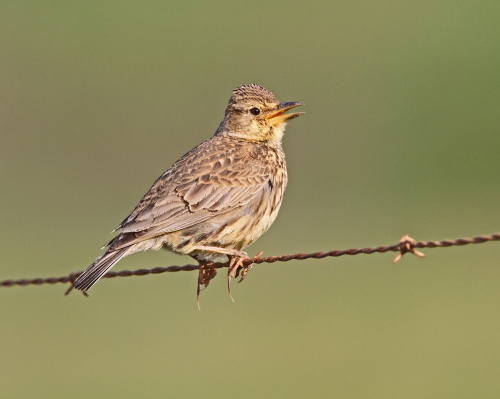 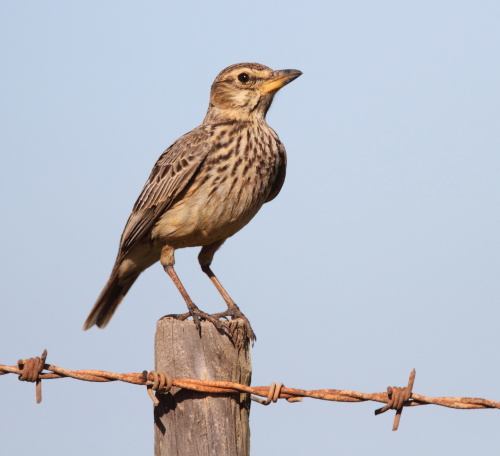 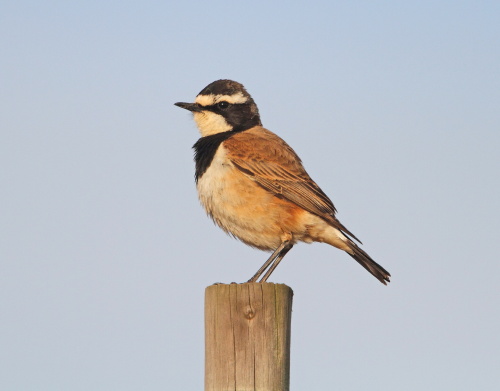 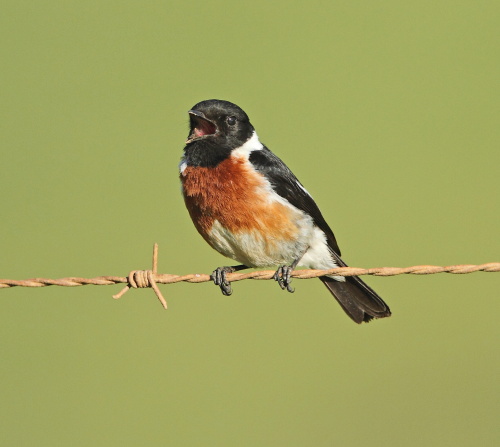 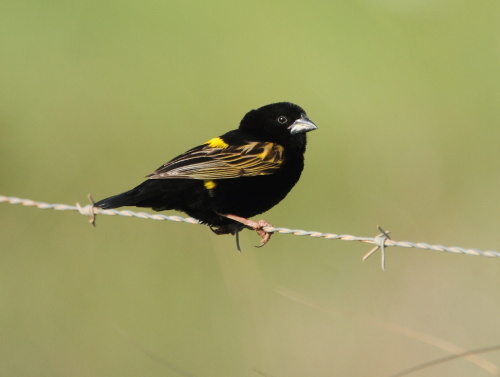 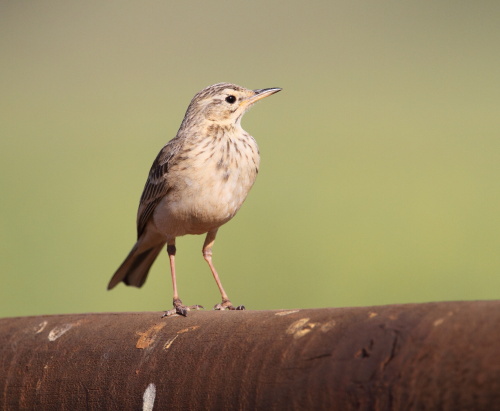 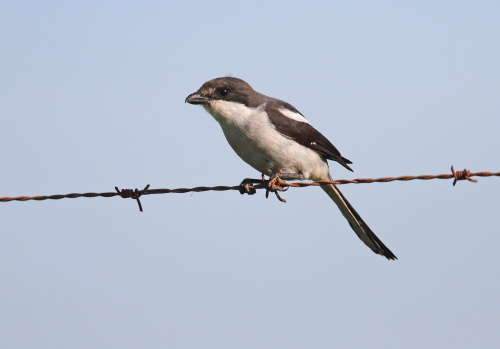 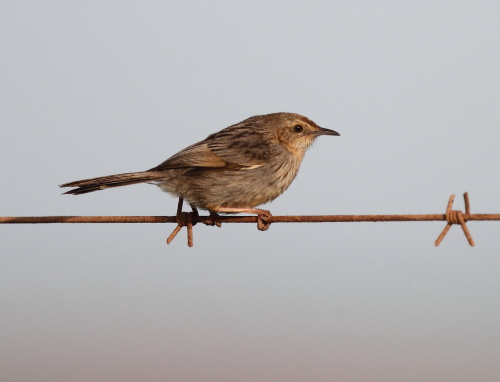 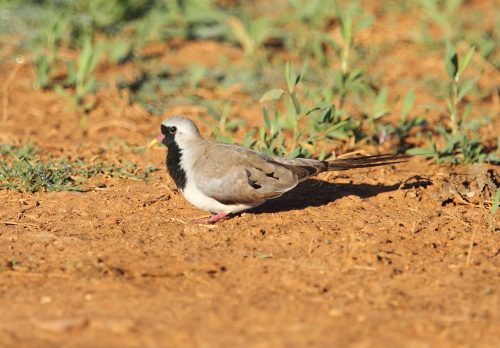 The farmlands also provided some educational value with dairy farms being the order of the day in close proximity to where we were staying. We saw a herd of uncomfortable-looking cows making their way to milking time at last light looking as though the day had just gone on a fraction long. Tommy insisted of taking a photo of the bulging udders of the cows to show his mother when returning home. It was a strange irony considering their own mother is likely to be feeling similarly as she nurses Emma. 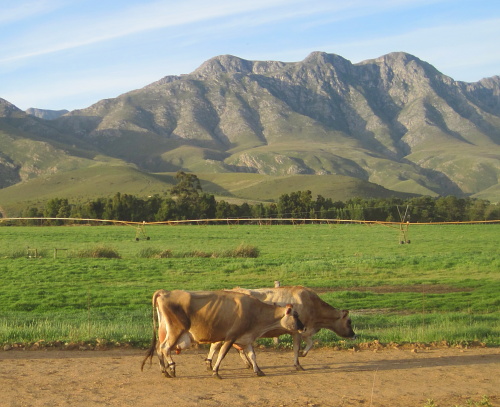 Non-birding highlights of the weekend included a bit of mountain biking time amongst the farmlands, a thumping (and thankfully convincing) victory by the Boks against the Fijians, lots of time spent with the kids down by the river (a rope suspended over the river is more entertainment value than any television and also proving that wattles are not all bad) as well as some excellent quality time spent with good mates. 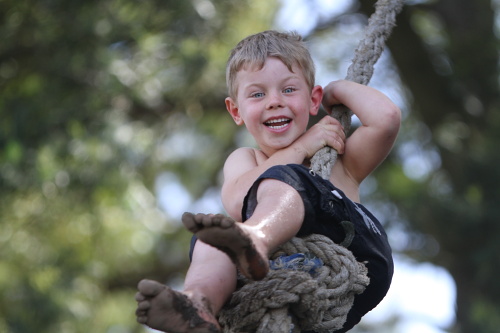 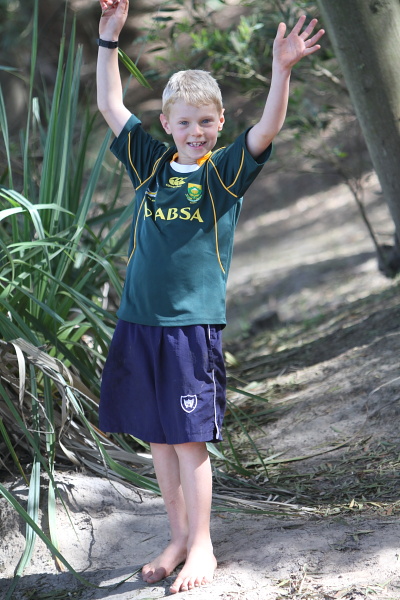 There were 6 couples with a sum total of 14 kids (bearing in mind as well that the Buckhams were short of 2) between the ages of 2 and 9 and although, at times, things could be described as totally chaotic it is always great fun to be with like-minded people on a weekend away. 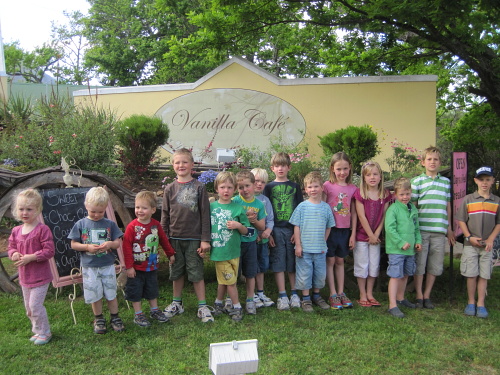 The fast approaching cold front brought with it a cold and miserable wind that had us packing up and heading back to Cape Town a fraction earlier than anticipated. The boys were delighted to see their mom and sister but it has to be said that Jack’s little world fell apart when he realised that the return of his brothers meant he was no longer the “big dog”.

Although the birding was not the most exciting we have done it was great to be back in the field with my boys taking a few pictures.  Now that we have a little girl in the house I would expect that there will be plenty of leeway for us to do some birding whilst Jeanie does girlie things with Emma…