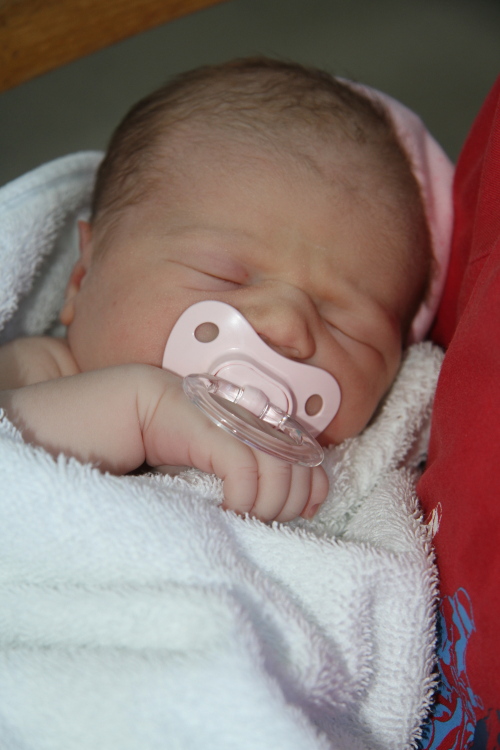 Well, the day finally arrived and seemingly a lot earlier than we had expected. It wasn’t that the baby came earlier than we thought it would but both Jean and I were both wide awake at 5:30am itching to get things going.  We were not due at the hospital until at least 7:30 so Jeanie kicked me out of bed and sent me off to gym to get rid of some nervous energy whilst she cleared her last minute work e-mails.

We left the grannies with a long list of instructions for the boys’ daily schedules and we headed for the hospital embarking on the next phase of our lives as parents of a brood of 4.  Jeanie is a pretty independent and single-minded person and since the day Tommy was born she has always been determined that she need not be mollycoddled when arriving at the hospital.  She insists on climbing the two flights of stairs to the maternity ward instead of taking the lift – it is an act of last stage pregnancy denial that she has to show that she can still do what she would normally be able to do.  What she never seems to take into account is the fact that her poor husband has to drag her enormous suitcase up those stairs behind her.  I always tell her that her suitcase, weighing in at around 17 kgs, weighs a lot more than the baby she is carrying.  I sucked it up though and slogged behind her arriving at the door to the ward puffing and panting whilst she looked as though she had just stepped out of the beauty salon. 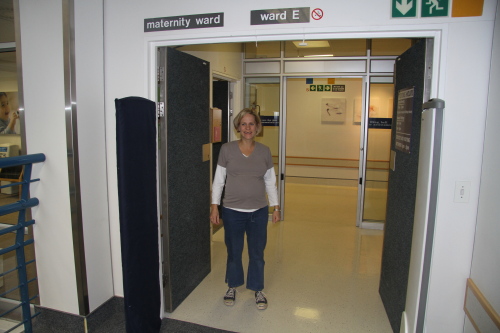 The hospital process is always a “hurry up and wait” affair with the forms filled in and the room allocated within a few minutes of arriving and then it is the torturous wait for word from the nurses to make our way to the theatre.  I always marvel at how calm and collected Jeanie seems to be. She is on the brink of major surgery added to the scariness of the spinal block but yet she is upbeat and excited.  Never mind that she is about to be handed a tiny helpless little baby that is going to need 24 hour attention for the next 6 months.

After an hour’s delay caused by an emergency cesarian we were eventually summonsed to the theatre.  Yet more forms to be filled in and more questions to be answered and introductions to the theatre team.  One of the first doctors to meet was the anaesthetist.  I think we have had a different anaesthetist for every one of our caesareans as it seems they are simply allocated on a rotational basis depending on the roster. Our allocated resource today was Dr Sue – a lively, feisty Jewish lady looking like she was on her way to Shul rather than being on her way into surgery.  Her smiling face and wonderful sense of humour was a godsend given that she was about to take charge of Jeanie’s pain management for the procedure.

The fact that she was Jewish had a strange level of irony about it.  You see, I come from Jewish descent  (my mother is Jewish) and I was raised as a nice Jewish boy having had a Barmitzvah and doing all the things a nice Jewish boy should do.  As I grew older I suppose my faith didn’t quite take the course that all nice Jewish boys should take but it was just something that perhaps wasn’t me.  For me to marry outside the faith was never a problem for me or for my mother (she certainly never lined up any Jewish princesses for me) but I did think it would be as close as my mother would get to a true Jewish grandchild to have a Jewish anaesthetist looking after Jeanie during the procedure!

The theatre room itself is a formidable place.  It is not a big room and aside from all the pieces of equipment neatly laid out in their rightful places there is a team of 11 people that make sure the procedure runs like clockwork.  The team includes two gynaecologists, the anaesthetist, the paediatrician, the nursery assistant, two surgical assistants and 4 nurses. Not a lot of space to spare and what was more was that when I looked around the room I noticed that I was the only male.  It was suddenly an intimidating place to be.  Was this new arrival going to improve the statistics in the room or make them even worse?

Watching the doctors work is always a fascinating experience.  I head to work every day and sit at a desk and tap away at a computer and prepare financial accounts among a few other desk bound activities.  Seeing the doctors in action brings into perspective how different their day to day lives are from mine – they hold people’s lives in their hands.  Seeing how they do a job of cutting, pulling, pushing, sewing and swabbing couldn’t be more removed from what I do but I suppose for them it is also just a day of work.  To me, however, it just seems so much more important.  I have a good cycling friend who is an orthopaedic surgeon and he’ll often be late for our evening rides.  It is always pretty humbling to hear the story when he eventually arrives.  It usually involves saving someone’s leg or piecing together someone who seemed beyond repair.  We always jokingly contrast what we did that day being something along the lines of “well, I finally got my Cashflows to balance…”. Not quite the same, is it?

Anyway, there was lots of officious activity in the delivery room and before long Jeanie was bent over whilst our lovely Jewish anaesthetist was inserting a very long needle into the middle of Jeanie’s back.  It was a good time for Jeanie to comment that this was her least painful spinal block she’d ever had and I suspect it works in ensuring that a little flattery means a lot in those rather exposed circumstances.  Dr Sue seemed pleased about the compliment and seemed to take even more care to make sure Jeanie was as comfortable as possible (ensuring her high rating wasn’t compromised as the morning wore on). 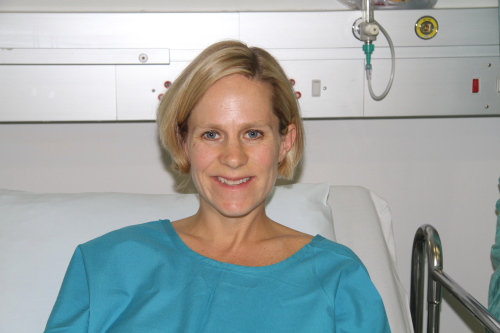 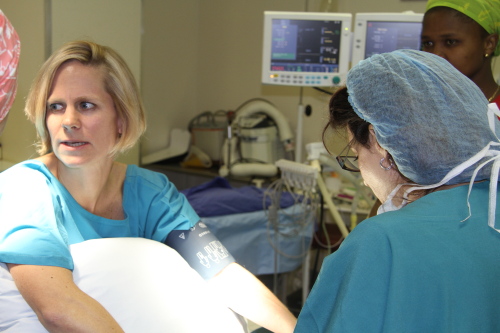 It is probably most appropriate to spare the details of the next 30 minutes but I have to comment that I was significantly improved in terms of dealing with the gory bits in comparison to my previous showing at Jack’s caesarean where I turned a slightly pale shade of green and came close to passing out and falling on the floor.  During childbirth the doctors always tell the husbands to make sure they are seated on a low chair as it is important that when they fall, they fall a short distance to ensure that the doctors do not have to mop them up when there are so many more important things to worry about, such as bringing a new person into the world.  Jeanie’s gynae told a story of a patient’s husband who fell to the floor and cracked his skull during the epidural and had to be rushed off to the emergency room unconscious whilst his wife gave birth to their child.  I made sure I wasn’t that husband today.

I heeded all the warnings and behaved myself but did allow myself a number of glances over at the “sharp end” and was very pleased that my job entailed desk work.  It all looked like way too much responsibility for me.

Soon enough the big moment arrived.  The sex of the child was still unknown and although a girl was always a possibility we were pretty convinced it was going to be another boy.  The odds were just too stacked against a little girl.  The incision into the uterus was complete and before long it was first the head, then the shoulders and a nice slow pause for effect before the rest of the body followed and the genitals were exposed for dad to make the announcement.  The umbilical cord caused a moment or two of confusion (I was thinking to myself that Jack was well endowed but this was ridiculous) and then it suddenly hit me that I wasn’t staring at two large testicles.  Could it be? Surely not? Yes, it was a little girl.

I certainly never saw that coming. 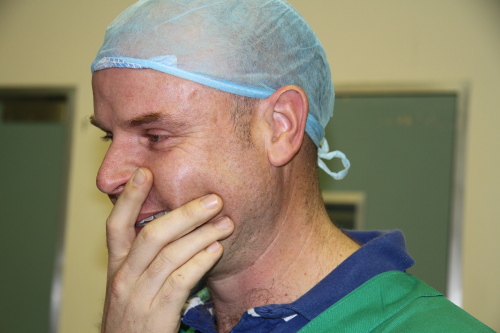 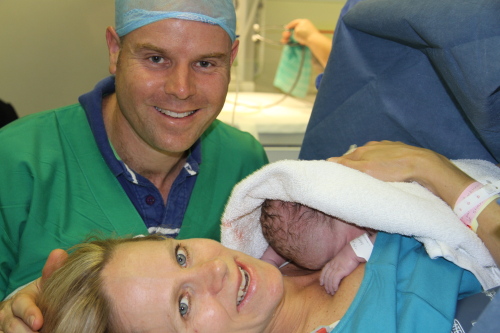 The emotions took over and there I was, absolutely gob-smacked, shedding a tear or two and suddenly realizing that our lives were now going to be so different.  Although we had never expected a little girl we had a girl’s name readily available and within minutes she was named “Emma Katherine”. 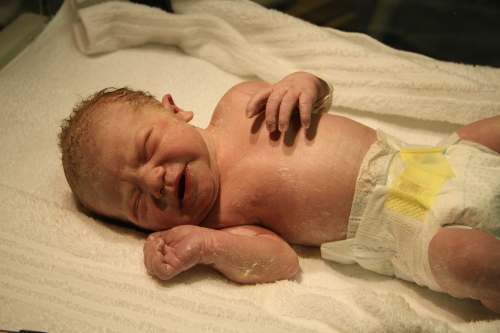 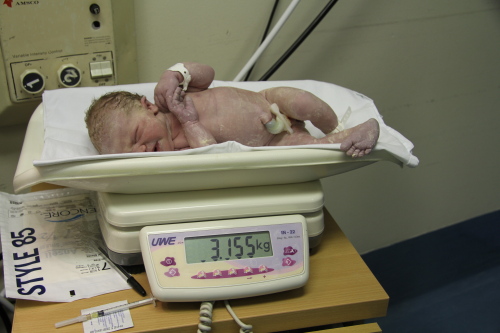 We spent the next hour in the delivery room and in recovery whilst letting all our friends and family know the good news. 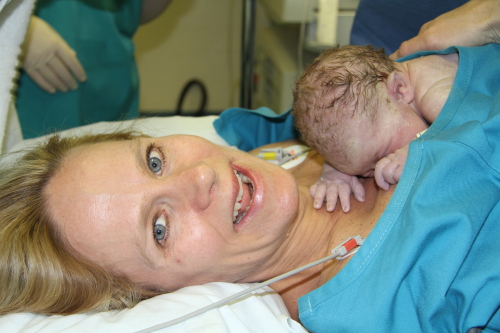 The rest of the day was a bit of a blur with lots of excitement and lots of well wishing.  We were very relieved that everything had gone according to plan and Jeanie and Emma were happy and healthy at the end of it.  We had been mentally prepared for a 4th little boy and I had visualised heading out on birding trips with lots of competition amongst 4 brothers and their dad but the arrival of Emma seems to have turned that all upside down.  You never know, she may also be a little birder and that would certainly ensure that Jeanie would have to dust off her binoculars one day and join us. 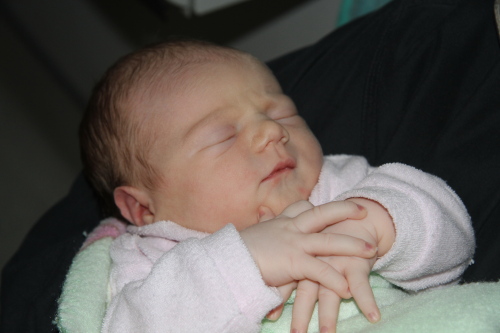 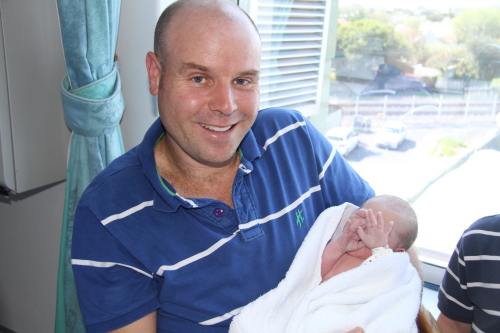 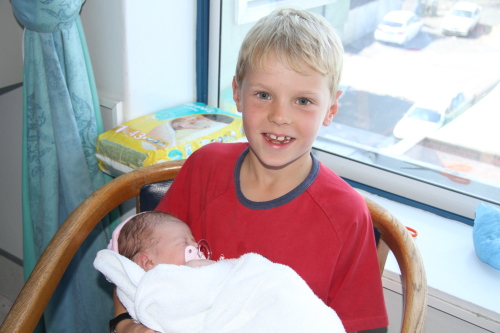 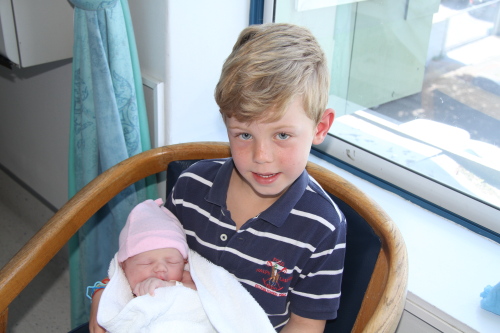 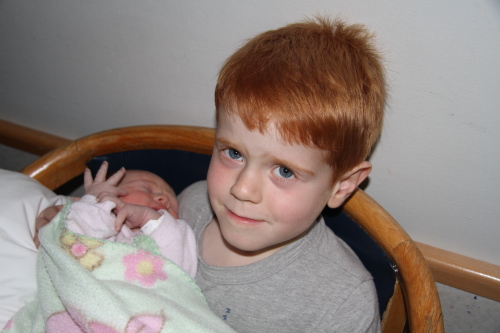 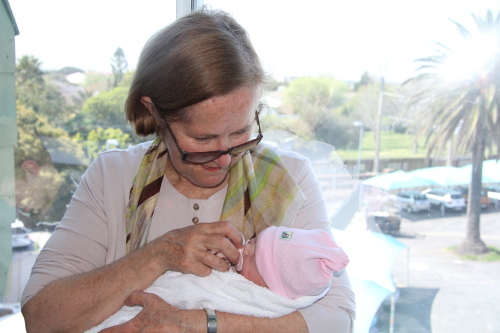 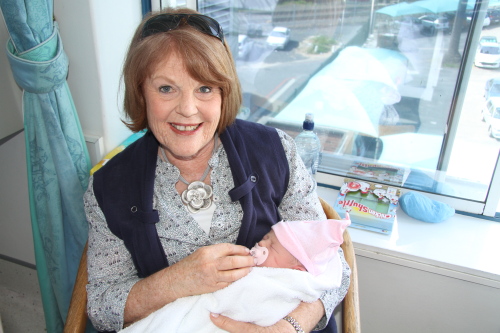 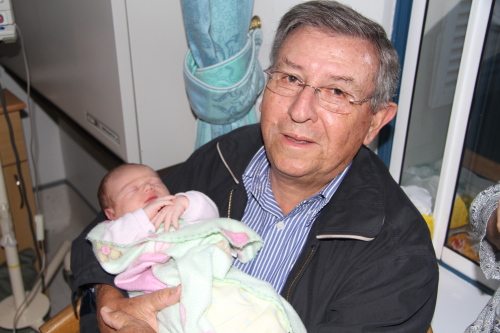 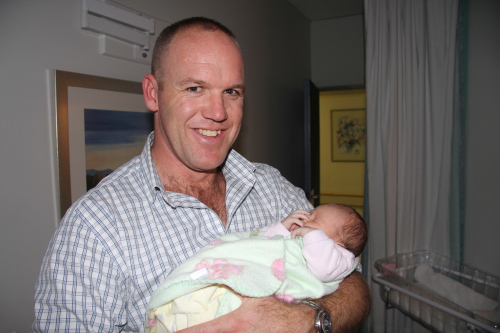 In the meantime, however, I will be welcoming all the pink additions to the décor and I look forward to converting the boys’ tool shed into a Princess Castle.