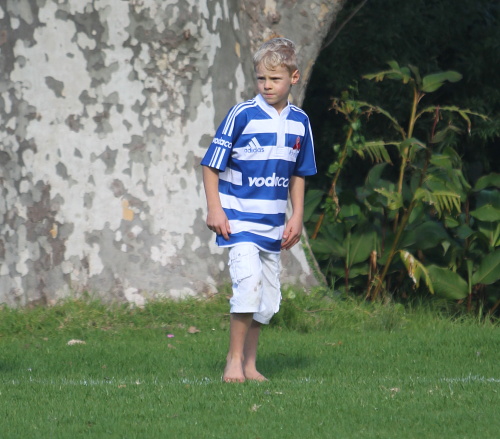 Despite the weather this weekend it almost went by without any dedicated time to birding – a completely unusual set of circumstances for the birding crazy Buckham family.  Yet another winter weekend produced the most amazing weather and one wonders how long it will last before there are a few storms to pay for the recent comfort.  Not even the snowfalls during the weekend throughout the rest of the country came anywhere near Cape Town.

The focus on the weekend was primarily social with a friend’s 40th birthday celebration on Saturday evening but the major attraction for us was Tommy’s 8th birthday party on Saturday afternoon. Although he only actually turns 8 at the end of August the imminent arrival of the new member in the Buckham clan meant that Jeanie is in the midst of her “nesting” urges with all sorts of plans leading up to the big day in September.  This meant that a birthday party for 40 eight year olds would be too much admin that close to d-day. In matters such as these my opinion seldom counts for much so I simply agreed despite my rather old fashioned view that birthday parties should only be celebrated after the actual date.  There was a secondary reason for moving the date forward and that was so that Tommy could have a shared birthday celebration with his best mate Alley who celebrated his birthday in June.

So, there we were on a beautiful afternoon in July celebrating the birthday of two kids whose birthdays land in June and August. Seemed reasonable to me…

Tommy happens to be in a class of sports fanatics so the only option was to have a rugby party.  I am normally as big a rugby fan as the next guy but having avoided watching the Springboks deliver two of their most embarrassing performances in a space of two weeks I was feeling a little ambivalent about rugby in general but, as I often have to do, I reminded myself that it is not all about me – it is for the kids.  A rugby party seemed like a great way to spend the afternoon.

After our customary early morning ride I was sent on the equally customary chore mission having been handed a longer list than usual given the importance of the afternoon ahead.  The most important task, superseding all others, was to fetch the cake.  If the Springboks weren’t able to ignite my rugby passion, the cakes I picked up certainly were.  The cakes were themed under the Stormer’s banner and each of Tommy and Alley chose the colours they wanted. 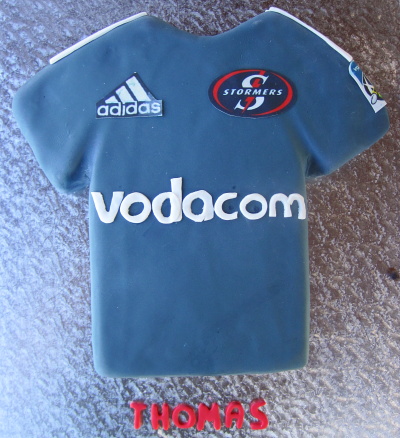 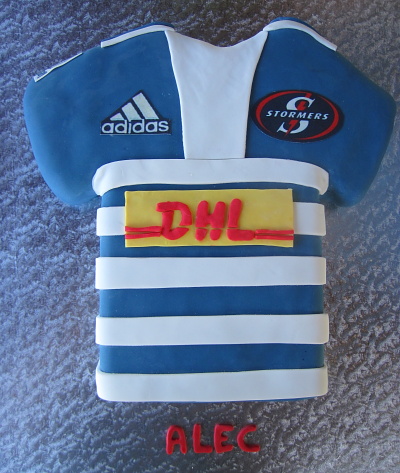 Jeanie was actually able to string most of the party guests along that she had made the cakes herself.  She is a talented woman, my wife, but some people are simply way too gullible. If anyone is interested in having some equally impressive cakes baked I am willing to part with the number of the creator.

Eight year old birthday parties for 40 kids with a rugby theme are always going to be testosterone-filled affairs.  It is quite amazing how, even at their young age, these kids have started separating themselves by their abilities on the sports fields.  I have particularly disappointing memories about school sports from my youth as I was never blessed with the greatest sporting ability.  I was pretty lousy at soccer, terrible at cricket and I broke my femur whilst playing rugby thereby ending what may have been a promising venture after only 4 weeks of playing the game.  I tended to be better at sports and activities that had less of a spotlight cast upon them and so was usually at the back end of the queue when accolades were dished out relating to sporting prowess.

Tommy’s party, for me, was a reminder of my young days and one would have thought that child psychologists the world over would have produced countless studies on the negative impact of excessive competition at such a young age as well as banishing the ridiculous concept of a schoolyard pick to the bottom of the heap.  The schoolyard pick is obviously the process of choosing teams for some team game by assigning two kids as captains and getting them to pick one child at a time out of the pool.  It is the best way possible to emphasize the divide between the sporty kids and the less sporty ones (he says euphemistically). It cannot be good for any child’s psyche to be the one left at the very end after every one of your mates has been selected.  Unfortunately kids develop at different stages and some are just more talented than others and so it is natural that there is a difference. Why is it necessary to highlight this fact?

We had enlisted the services of a company that organises sporting activities for kids parties and one would have thought that they would know that the schoolyard pick is the worst possible way to pick a team but blow me down the main organizer assigned 4 captains on an arbitrary basis and proceeded to ask them to pick their best teams. It was almost like watching a car crash in slow motion.  I sat and watched helplessly as all the best rugby players were snapped up in a jiffy and the pool of kids got smaller and smaller. Poor Tommy sat and waited for his turn but it took a while to come.  When he was finally settled into his team I breathed a huge sigh of relief and suddenly realized (as though a light had suddenly ignited in my head) that this seemed to be more painful for me than it was for Tommy. 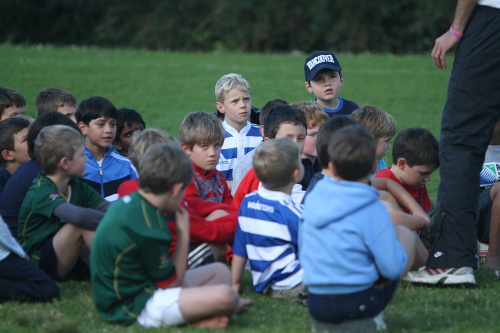 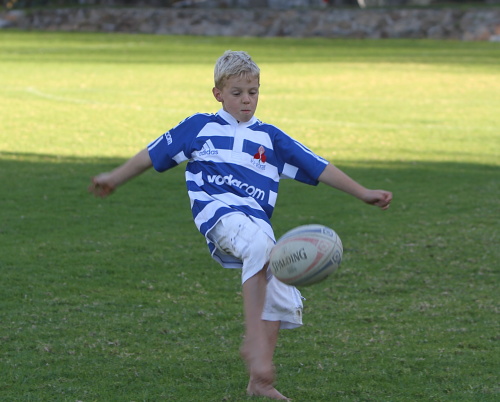 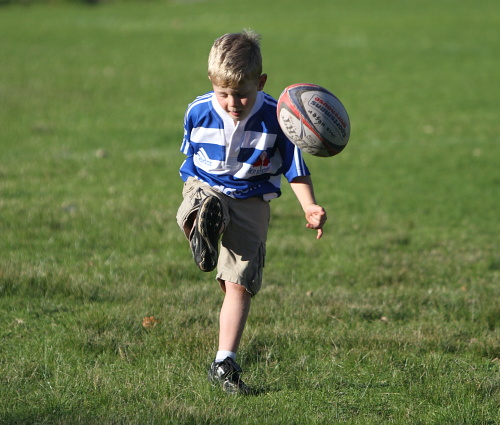 When he was picked towards the latter end of proceedings he wasn’t disappointed in the slightest.  He stood up, proud as ever, puffed out his chest and joined his team as though he was the first one to be chosen.  On reflection I was prouder when he was picked closer to the end than I would have been if he was the very first.  It was an indication that this child did not need peer confirmation to feel good about himself – he was so comfortable in his own skin that it did not matter how good he was at rugby to be happy.

After all, there is absolutely no doubt that if a school birding team was picked Tommy wouldn’t need any team mates at all – he could beat the lot of them single handed!

The latter part of Tommy’s party had a slightly more nature-oriented theme.  A few shared drinks at the pavilion overlooking the sports field were disturbed by the explosive burst of speed from an African Goshawk diving out of the overhead tree attempting to catch a Red-eyed Dove that had been peacefully surveying its surroundings.  Feathers and leaves flew in all directions as I grabbed my camera fitted with the wrong lens and tried my utmost to grab a quick photo.  The particularly annoyed Goshawk flapped disconsolately from one branch to the next, clearly deprived by its lack of success at snaring its dinner and managed to evade finding itself in a quality photograph.  The attempt at a photo was as disastrous as the attempt at a meal. 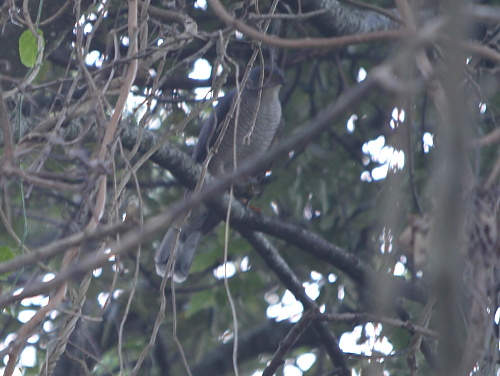 A slightly more successful photograph was of a mole as it crossed the road as we were leaving the party venue.  Every few centimetres it would shovel its snout against the rough tar and attempt to find a weakness in the road to bury itself underground.  It perked up a little as it found a crack in the tar but soon found itself stymied by the even harder layer beneath.  Eventually it found its way across the road and  tunnelled its way beneath some loose leaf litter.  The road-crossing gave me ample opportunity to take a few snaps.  Most frustrating of all was that I found it as hard to identify this mole that I had plenty of opportunity to observe and photograph.  Whilst my bird ID is often quick and instinctive, my mammal ID is laboured and, to be quite frank, usually wrong.  How can it be so hard? 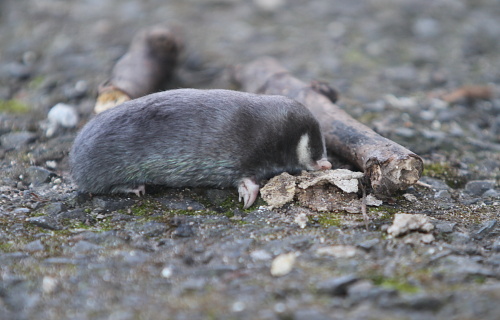 I have checked my field guide and I am assuming the animal that is in this photograph is a Cape Mole-rat.  I am pretty certain it is a young specimen which is good enough reason to explain my complete lack of certainty in clinching the ID.  Anyone that has a better idea is welcome to let me know.

Sunday’s pace was no less exhausting.  A vigil to the Jonkershoek Valley had been planned to ride some of the fantastic single track that is on offer.  A few mates joined me and we spent a few hours having as much selfish fun as possible before joining the wives and kids for breakfast.  Some intimidating downhill single track has most of us crumpled in heaps next to our bikes at some point but serious injuries were avoided. 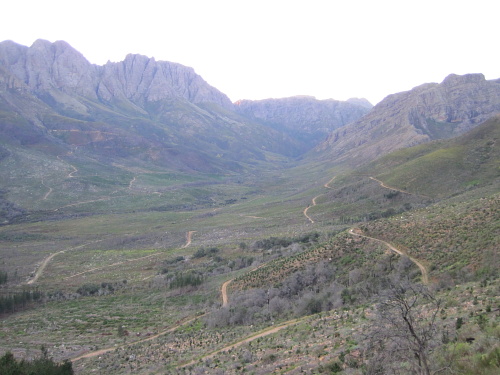 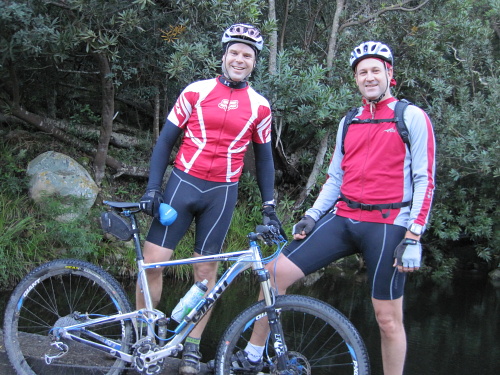 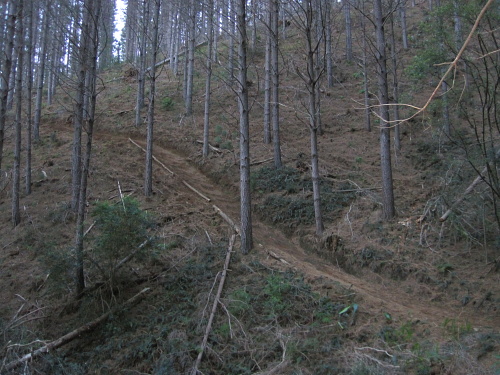 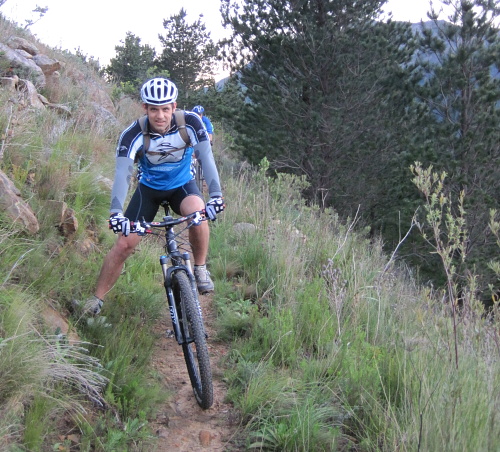 The only moment for any birding whatsoever was Sunday afternoon when Adam and I spent an hour or so at Rondevlei.  Unfortunately it was the only 2 hours of the weekend where the weather turned a little miserable with a cold wind blowing straight over the pan and making the time spent in the hides a little uncomfortable.  Most birdlife felt the same as me and was hunkering down out of the breeze making for some particularly quiet photographic opportunities.  All I have to show for the trip are the following rather ordinary pics. 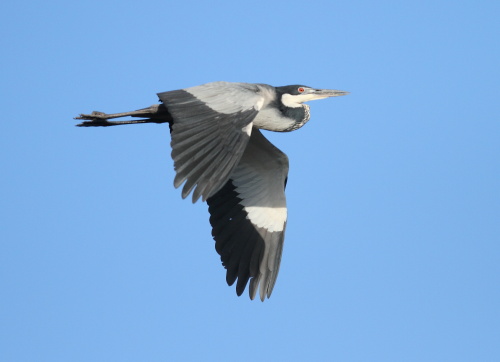 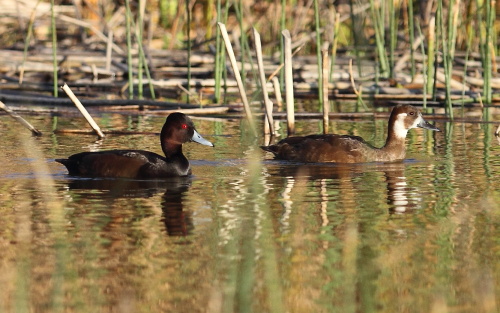 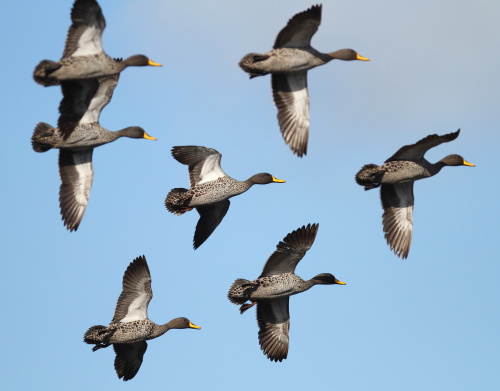 It was, however, quality time spent with Adam after much of the weekend’s attention had been lumped on Tommy.  An exciting addition to Adam’s list was a very distant Caspian Tern which made him very happy.  His ID skills are certainly coming along very well and even though he is unable to read a single bird name out of his book he has still managed to memorise most of the common species and reels them off as though he has been doing it forever. 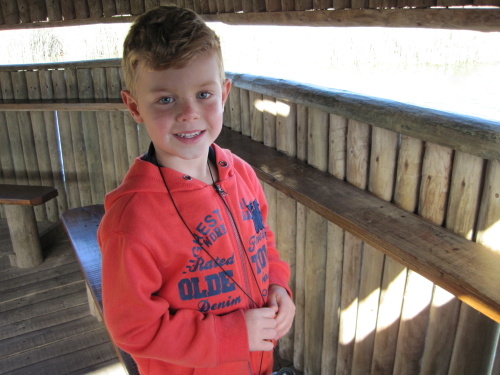 Another pretty good weekend with as much crammed in as possible… 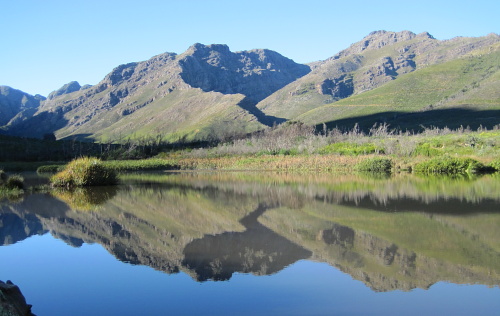 3 Responses to Birthdays over birding