Wolseley – a Weekend with Family 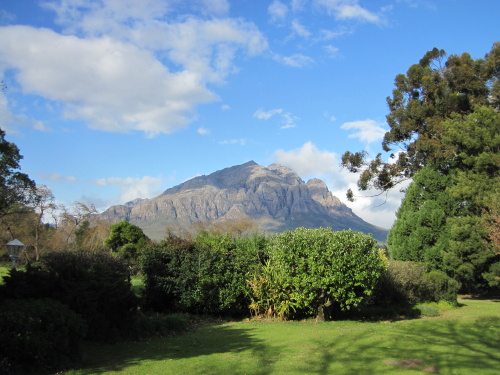 It would have seemed a little wrong for our family to spend 2 weekends in a row at home.  The original plan was for us to have a quiet weekend much like the last with the normal routine for the whole family, but that idea didn’t last long.

This whole notion was turned upside down when Jeanie’s cousins from Wolseley called us and invited us to spend the weekend with them on the farm so that I could ride in the Wolseley Mountain Bike Race.  It was a race I did last year and it has the strong appeal that most small town events has – home style organisation, lots of effort from all the locals, small fields for the long routes and very carefully thought out cycling trails.  It did not take long for us to commit to joining Phil and Michelle (Jeanie’s cousins) on their fruit farm.

A little history on Jean’s family is probably necessary.  Jeanie is a descendant of good farming stock from Plettenberg Bay.  Her father was a farmer, his father was a farmer and so on.  It turns out that most of Jeanie’s family spread their farming skills throughout the South-western parts of our beautiful country.  It is often said that “if you kick a bush in the Western Cape a Dicey (Jeanie’s maiden name) falls out”.  It is pretty much true but nowhere is it more true than in the concentrated fruit farming areas that surround Wolseley and Ceres.  Most farm roads that criss-cross the flatter areas of this mountainous region lead up to a Dicey farmhouse.

Phil and Michelle are not only cousins, they are very close friends and we love taking them up on their kind hospitality as often as we can (although we often feel we do not do it often enough).  The other great thing about their family is that it is a little bit of a carbon copy of ours with three young boys running around their household with similar age gaps to our kids.  There is plenty of testosterone-fuelled activities that keep the kids busy which allows for a little more leeway when I escape in the morning to participate in the race.

We tried to escape the Cape Town traffic on Friday evening but this has become a hopeless goal with Koeberg Interchange providing as much gridlock as it ever has.  45 minutes of edging slowly north is enough to start any weekend on edge.  Arriving at the warm farmhouse, however, is more than enough tonic to put that frustration aside.  The home-cooked meals and clean, fresh air add to the relaxation catalyst.

Saturday morning was the race and it amounted to 64kms of challenging trails from the flat areas of Wolseley into the pine and eucalpyt-covered lower slopes of the range of mountains to the west of the town.  The Kluitjieskraal pass took us up a back-breaking climb from the Wolseley Valley into the hidden valley that lies between Wolseley and the Elandsberg.  This forestry area is not available to the public and is only opened up for the race and it is a real treat to be able to venture into these unknown areas.  The flatter areas of the plateau at the top of the pass are put to work by the forestry department with a many acres of pine plantations however the slopes of the mountains are generally not productive and pristine fynbos abounds.  The return from the plateau to the Wolseley valley is a dual 4×4 track that makes for some interesting riding as the loose rocks and gravel give way underneath the tyres on the way down.  I am a nervous descender at the best of times but I spent a fair amount of time clutching the brakes for fear of  toppling head first into the fynbos.  On one particularly hairy section I veered from the right hand side of the trail to the left inadvertently cutting off a fellow cyclist rattling down behind me.  We avoided colliding into one another but we both ended up in the buchu several metres away from our bikes.  I was apologetic but my fellow cyclist was understandably a little peeved.  I suggested he get in front of me for the remainder of the descent lest he wanted to visit the fynbos on a second occasion.  Aside from the treacherous descents the wind was another significant factor.  The Wolseley Valley is unfortunately unprotected from the south-easter and it was blowing a rather unseasonal gale on Saturday  Most of the last 20kms of the race were spent slogging into the wind making for an exhausting finish.

Not only was I out on the course on Saturday.  All three Buckham boys as well as their cousins participated in the 5km fun ride.  I stress the word “participated” as Jack didn’t make it much further than the first 150m before he was adamantly not going one metre further.  It is fortunate we know people in high places in the bustling metropolis of Wolseley as he managed to get a lift on the sweeper bakkie driven by his “uncle” Phil.  Tommy and Adam did well to brave the howling gale and deservedly earned finishing spots amongst the town’s elite cycling youth. 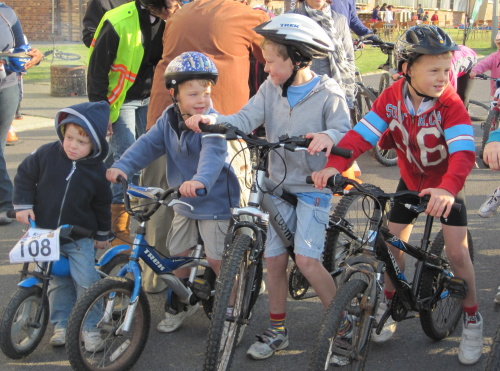 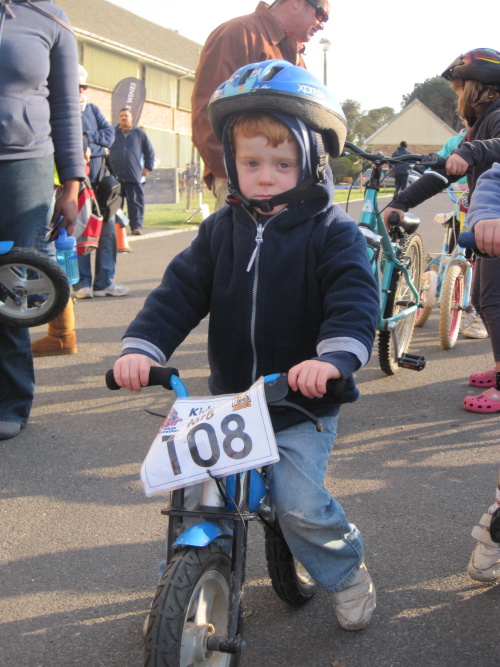 I suppose you are all wondering whether this is a cycling or birding blog so I better mention some of the birds seen during the weekend.  Unfortunately there is not much to report.  The gale force wind only seemed to strengthen as the weekend progressed and plans to head out onto the farm areas to do some birding were scuppered by unpleasant conditions.  It seemed far more appropriate to spend the time with the kids and generally taking it a little easy. 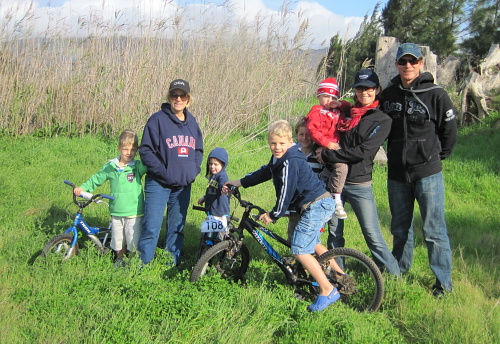 We also took a short drive up the Mitchell’s Pass which meanders alongside the Dwars River and joins Wolseley to Ceres.  Our specific destination was the Tolhuis Restaurant which, in days gone by, was a reliable spot for Protea Seedeater.  This no longer seems to be the case as I have visited it on numerous occasions and never heard a peep. 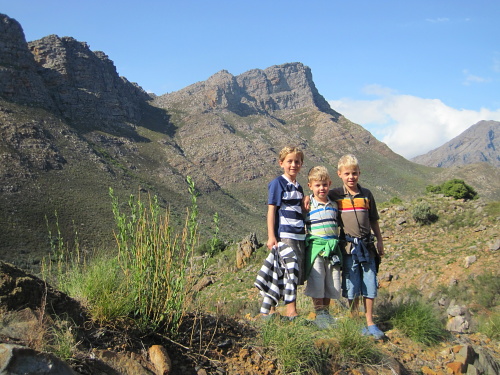 We took a walk from the restaurant to the old railway line and not only did the boys find the birding a little slow but Phil also got involved in some childish behaviour as the kids coerced him to throw big boulders into the tranquil mountain pool alongside the railway line.  They do say that you can take the farmer out of the bush but you can’t take the bush out of the farmer… 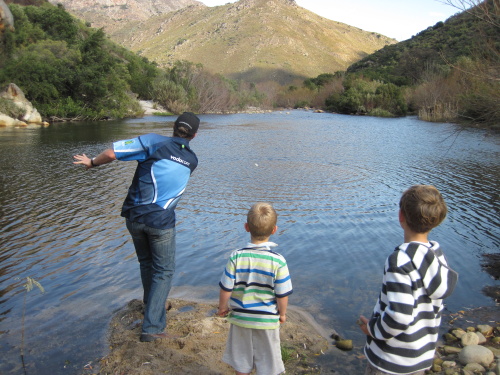 Despite the lack of birding this weekend I still took the camera along and snapped a few pictures of some pretty ordinary species: 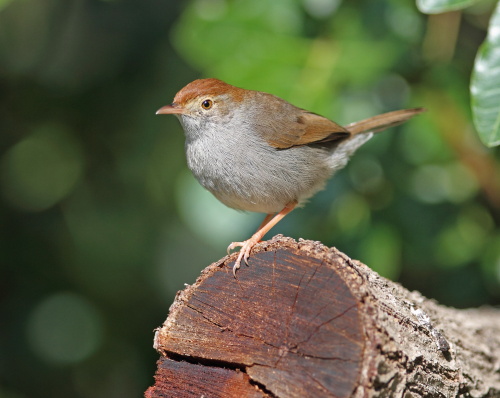 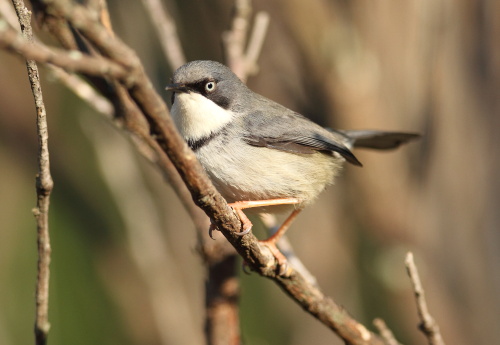 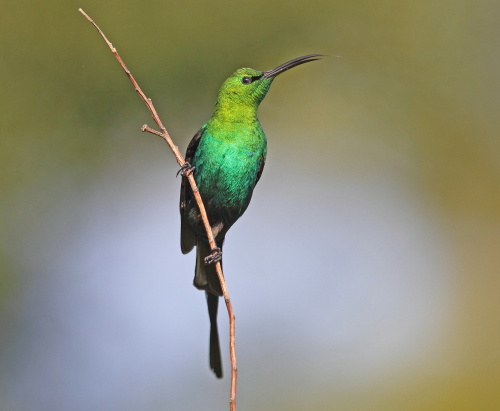 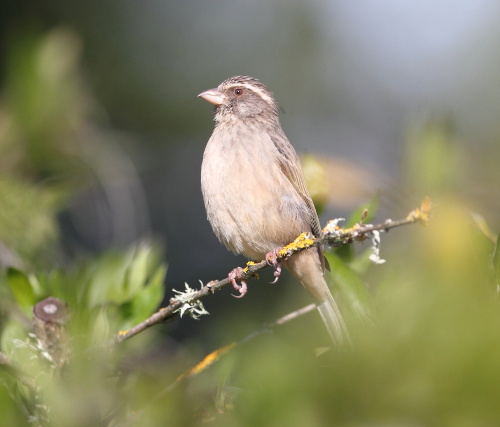 It was over all too soon and we hit the road in some pretty miserable black south-easter conditions.  We will be back next year at the same time – hopefully sooner… 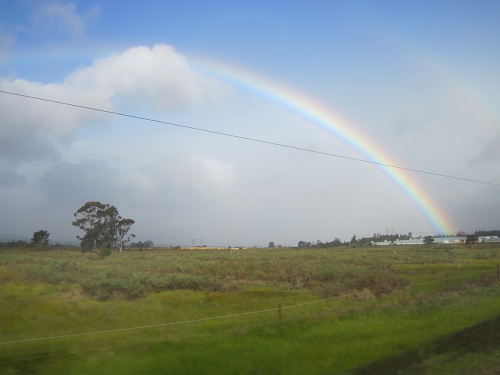 One Response to Wolseley – a Weekend with Family