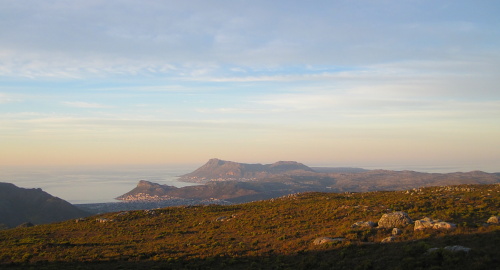 It was really good to have the family back this weekend.  No more reasons to put myself through another pelagic and it was straight back into the usual routine.

It all started, as it usually does, with a long mountain bike ride with a few good mates on a stunning morning in Cape Town. Our Saturday morning rides start religiously at 5:30 am no matter what the season and no matter what the conditions. We have set off in howling gales and pouring rain which causes some variability in the numbers of riding partners but having confirmed the windless, sunny conditions I was spoilt with a full complement for most of the ride. 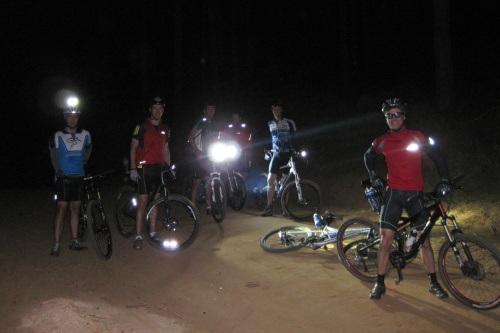 Our ride this weekend took us from Newlands to the top of Noordhoek Peak and back which is pretty unparalleled in terms of what would ordinarily constitute a perfect mountain bike ride – challenging climbs, bucket loads of single track in Tokai forest, open stretches to spin the legs and the best views on offer on the Southern Peninsula.  Silvermine Nature Reserve is surely one of our most treasured jewels.  There are considerable stretches along the tortuous climb to the peak that have absolutely no human habitation in sight.  It is hard to believe that it is close to the middle of a major city. 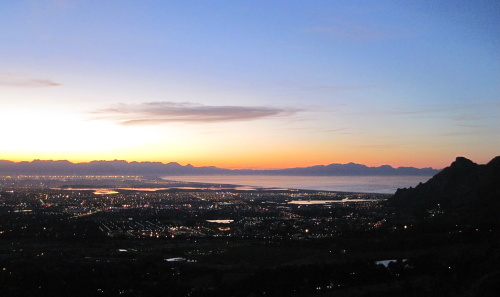 I find the energetic start to the weekend is an absolute must and it puts the next two days on track. Once the ride is under the belt the usual weekend chores can commence and it is very seldom that I get back from my Saturday morning ride and I am not faced with a pile of shopping bags in the entrance hall and the requisite shopping list laid out on top of the bags scrawled out in Jean’s authoritative hand writing making sure I leave nothing behind.  There are usually a number of punctuation marks and boldly underlined items on the list ensuring (in no uncertain terms) that I don’t misconstrue what has been put in front of me.  The boys will sometimes accompany me on these tasks but they usually opt for a slightly more entertaining morning at the market or at one of the countless birthday parties that we ferry them to.

The birding this weekend was a lower key than it has been for a while with a rather sedate trip to Strandfontein Sewerage Works to make the most of the unusually warm mid-winter weather.  There was very little of significant interest but it did give me an opportunity to finally take a worthwhile photo of a Cattle Egret.  It is hard to believe that I had not already done so but being a pretty ordinary looking, particularly abundant bird there had seldom been much reason to put too much effort into it.  I think I finally may have overcome that shortcoming and now I can probably close that chapter.  It may be a while before a Cattle Egret takes my fancy again. 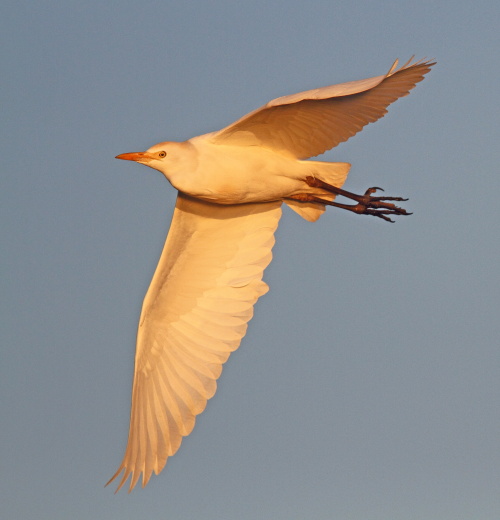 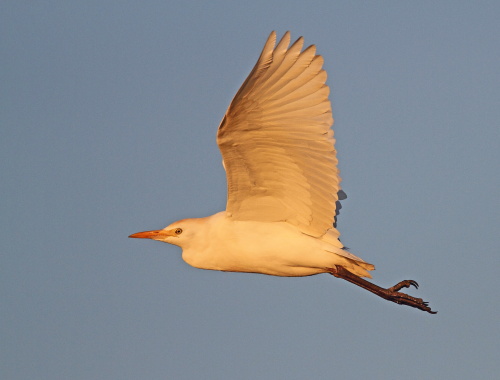 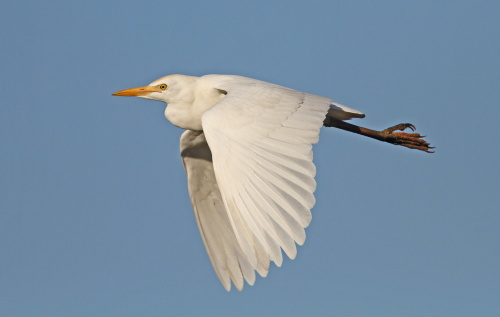 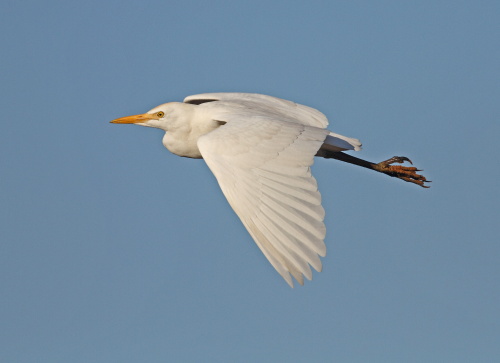 The only other noteworthy mention goes to the two Fulvous Ducks at the Phillipi wetlands (neither of which bothered to lift their heads and acknowledge their relative rarity) as well as the White-faced Ducks which numbered in excess of 100 birds across this relatively localized wetland.  We also had a very determined fly-by of a Peregrine Falcon and thank goodness Adam was with me this morning as he can now add that to his list having been lagging Tommy quite significantly with that iconic species. Never mind that he is over 300 species behind his older brother – now that he has a Peregrine on his list he is satisfied. 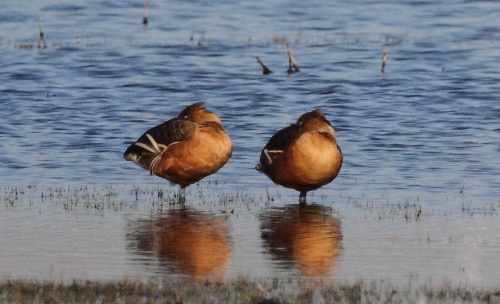 The photographic opportunities were limited and this is all I have to show: 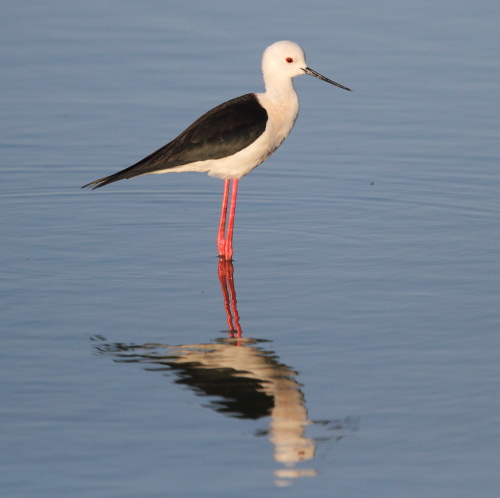 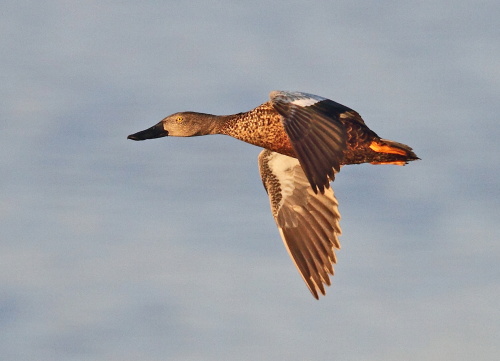 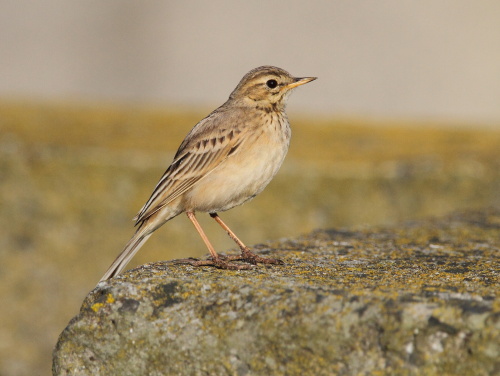 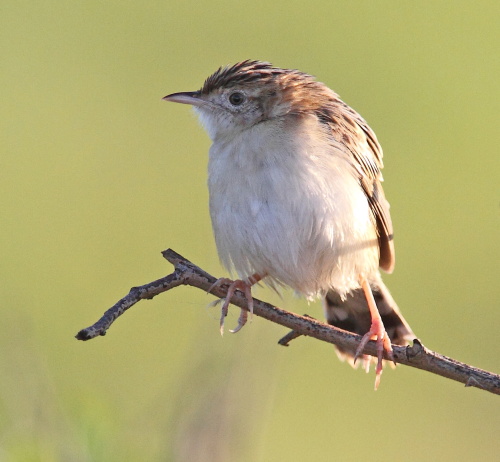 The final chapter to yet another busy weekend was a visit to Tokai and the newly built cycle/horse/dog/runner’s path on the north-eastern side of Spaanschemat River Road.  This was a first visit for us and the 4kms of hard-pack trail is a huge boon for the area. The only downside is that there seems to be little in the way of rules regarding the right of way and it creates a rather interesting melee of horses, children and bicycles all squeezing past one another on a two metre wide path going in different directions.  Having highlighted the one downside it is important to say that the pros significantly outweigh the one con (okay, the piles of dog and horse poo do constitute another con) and it made for a sociable and perfect way to spend the better part of the afternoon. 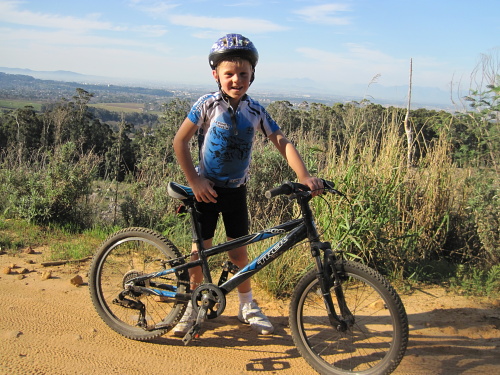 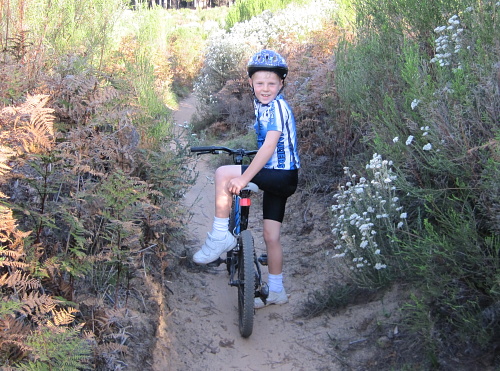 Amazingly, the time on the trail produced a lifer for Tommy.  Although his list is not enormous, it has become pretty tricky to find a lifer for him on the Peninsula.  Yet, this afternoon I was able to pull a rabbit out of the hat (I was equally as surprised at what we found) as a very obliging Greater Honeyguide landed on the tree above our heads and started calling as loudly as it could.  Given the rather bizarre weather who could blame it for getting the seasons all mixed up.  Not only would I not have expected a Greater Honeyguide to be calling at this time of year, the Southern Peninsula is a rather strange place to find one. Unfortunately I was on my bicycle which meant the camera was at home but even without a photo it was a very good addition to our weekend’s birding. 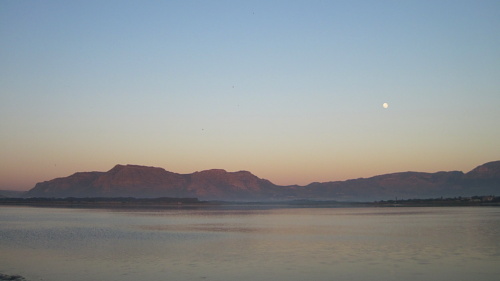