With the kids spending the mid-week part of the holiday with their grandmother in Plettenberg Bay and with Jeanie winging her way to Canada for a conference I had a full public holiday to get out and do some serious birding.  I joined a mate of mine at the West Coast National Park and after initial thoughts that it was going to be a dodgy weather day it turned out to be the most glorious morning I have spent in the park in many years. 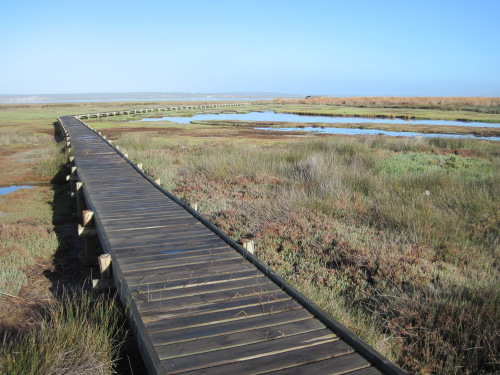 The day, however, did not start that well with the gate guard refusing me entry on my Wild Card since I did not have the dog-eared and weathered piece of paper with me (and not being in possession of the plastic card after having failed to receive it in the post) but ultimately the R30 entrance fee was not worth the frustrations it caused. Having flushed my system of negative energy we embarked on a very pleasant morning’s birding.  The birdlife was not prolific with most waders having departed for warmer weather (they’ll be kicking themselves for not delaying their journey till after today) and many of the bush birds being very quiet in this post autumn-pre winter phase.  There were a few interesting birds and it means I am into laundry list territory again but I will try to keep it short: 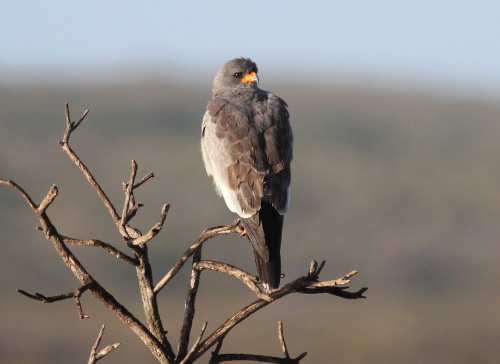 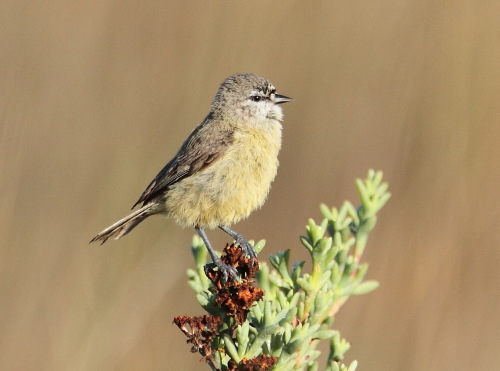 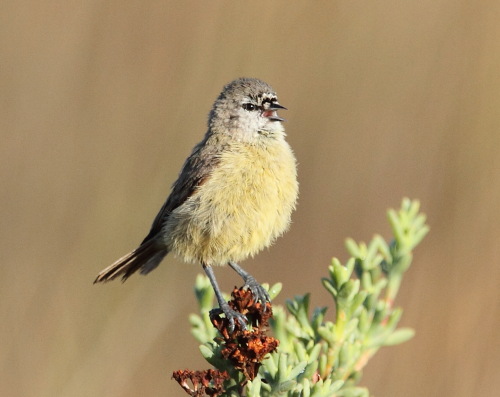 Some breeding and semi-breeding plumage waders which makes them far better to look at (and photograph) than the dull greys of the summer season. 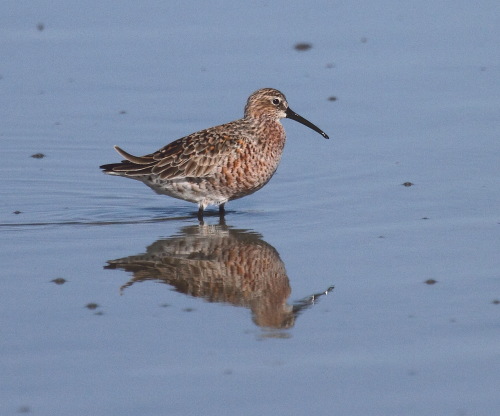 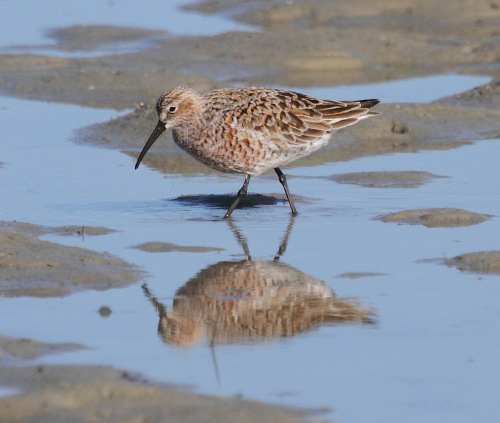 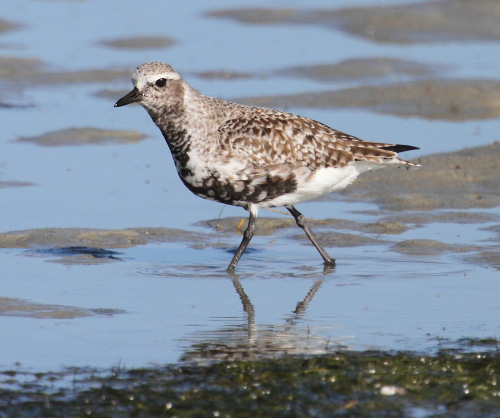 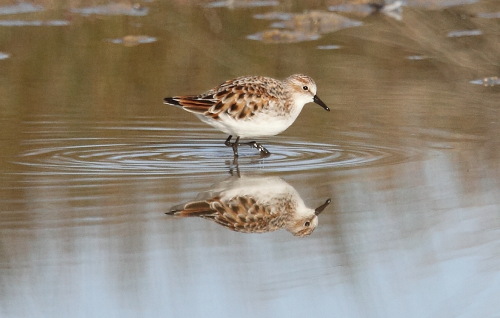 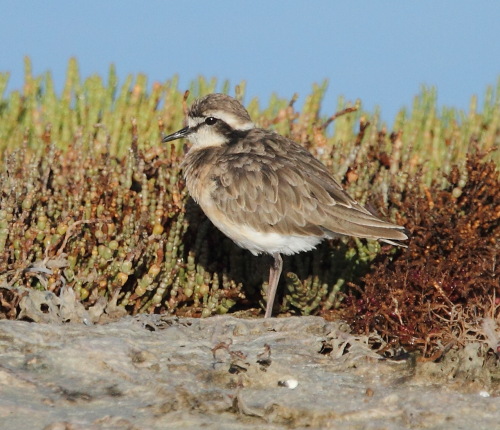 A small flock of Common Swifts over the Strandveld.  I have come to regard Common Swift as pretty regular in the park these days (perhaps my birding skills in the past never allowed me to identify these birds) but 27 April is unseasonably late for these migrants. 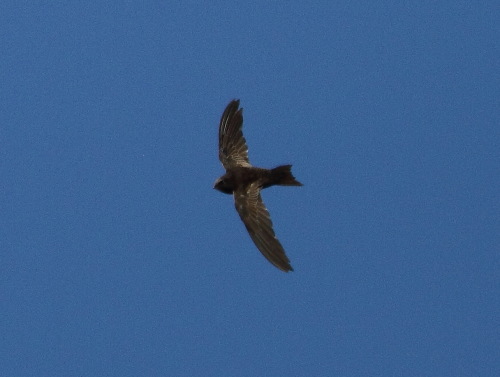 Some interesting sky writing skills from an African Spoonbill 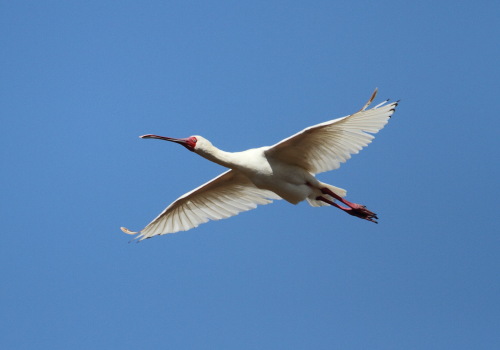 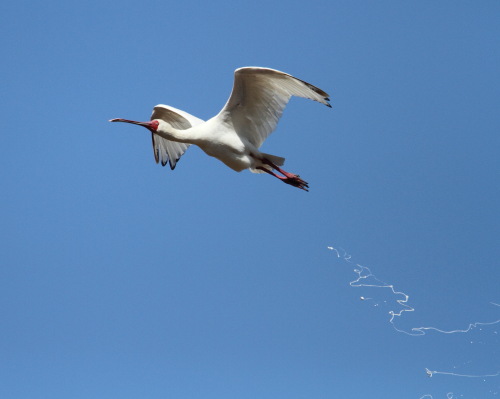 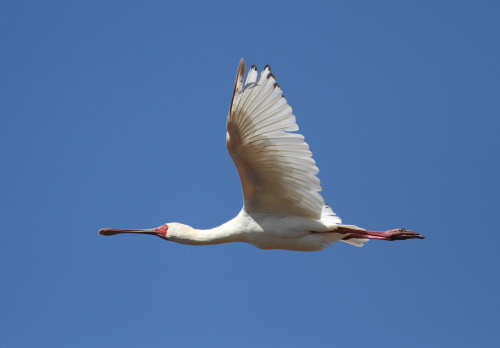 And, finally a few other sundry birds that were worth photographing (or at least I thought so) 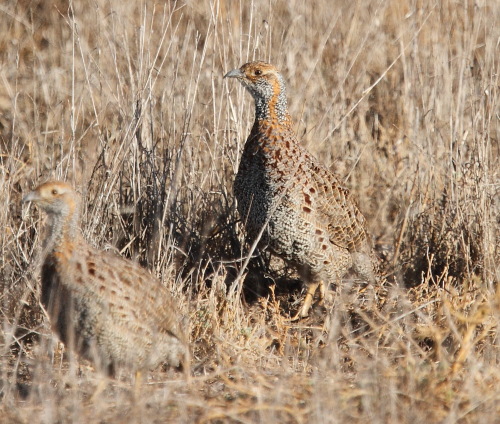 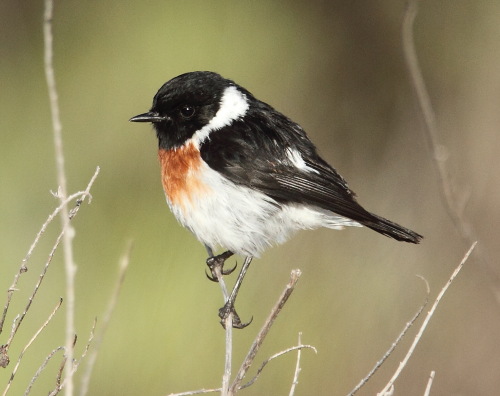 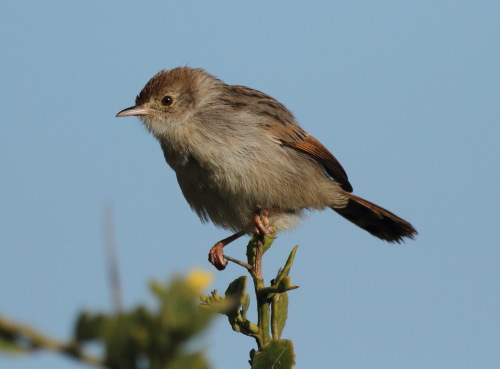 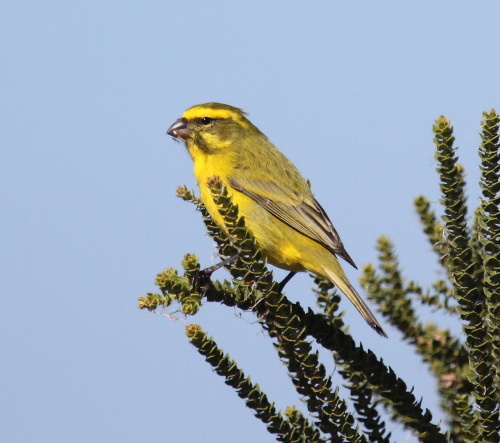