A mixed bag of Birds and Balls

It is fair to say that my youngest son, Jack, has taken a bit of a back seat when it comes to my story telling.  Tommy and Adam have taken up their positions as birding companions of mine but Jack has been a little on the sidelines.  It is also fair to say that he is probably a little young to be dragging around on birding trips but I do feel it is time to focus a little more on him.  Jack is a totally different child to the others. Tommy is structured, rule driven and quite easy to have along with me.  We call Adam our sunshine child – he is laid back, happy, sensitive and particularly easy going, even to a fault some would say.  Jack, however, is a different kettle of fish.  He has bright red hair and he well and truly knows what he wants in life.  He is only three years old but he has no qualms in bossing his brothers around.  It is not unusual for him to boss his parents as well.  Putting all his strange quirks aside, this weekend was a memorable one in his little life time.  He learnt to ride his “big boy bike”.  After years of dragging behind his brothers on his push bike as they pedaled away from him, he finally took a giant step (or pedal, I should say) in matching them.  I spent a considerable amount of time clutching on to his shoulder as we ran up and down the street with my grip loosening gradually until finally I let him go and he pedaled off on his own.  It was an heroic moment for him and despite a few pauses of doubt (from father and son) he conquered his fears and grew just a little bit older. 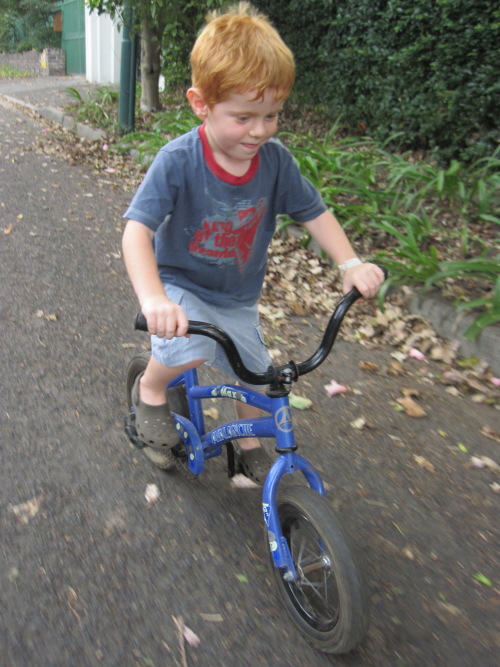 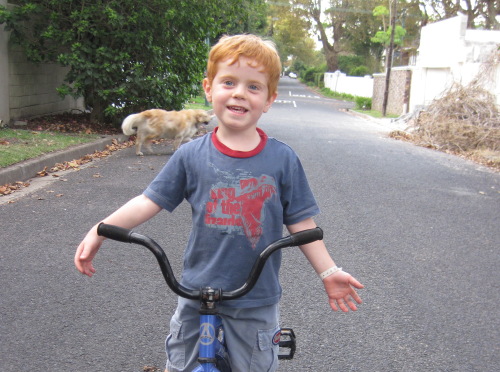 With a major hurdle achieved the rest of the weekend was spent doing some fun stuff.  Not so much fun was the stormers game at Newlands on Saturday evening. I was fortunate (or so I believed) to get three tickets to the game so I took Tommy and Adam with me adorned in our provincial kit.  I have a strong opinion that the “streep trui” (striped jersey) of Western Province will never change but the marketing guys and the sponsors see it fit to change the Stormers kit every year and I am not prepared to pay 4 times R800 for the privilege of indulging those that feel it is necessary to make unnecessary changes. 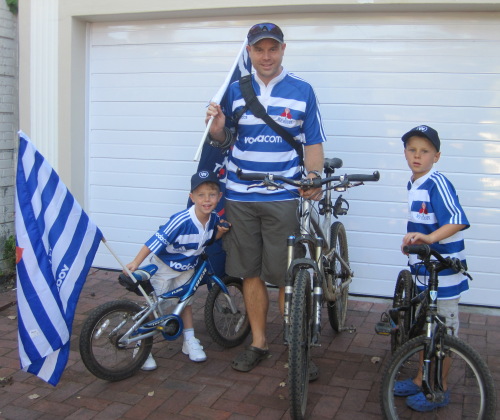 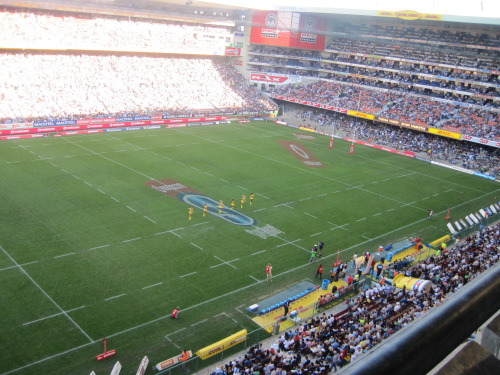 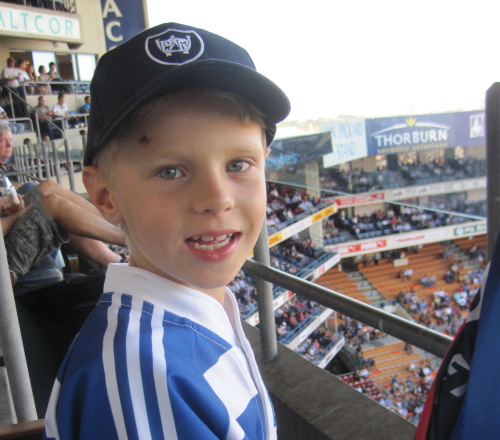 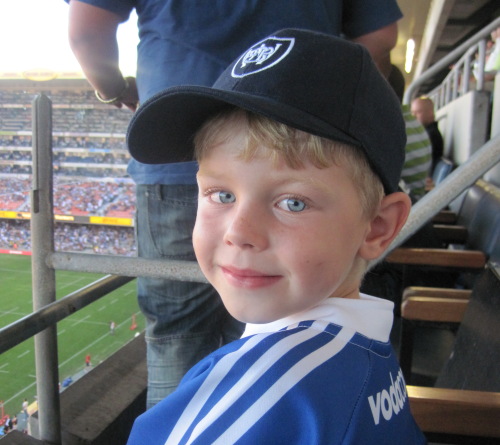 So we climbed on our bikes in matching kit, with flags waving, and rode down to the stadium.  Unfortunately our team did not manage to keep their unbeaten run going and the ride home was a lot harder than it should have been – losing is bad enough but losing to an Australian team is extremely bad.  The rugby was not a total loss.  Whilst the Stormers were floundering on the field Tommy had an eagle eye trained on the small but exciting number of species that flew within view of our seats in the stadium.  The true highlight was a quick fly-by of a Peregrine Falcon, clearly in pursuit of the resident Rock Doves and Speckled Pigeons.  A slightly more unusual tick was a menacing dark form Black Sparrowhawk that made a quick sortie of the air space above the field.  It truly is remarkable how our urban raptors have gotten used to our presence, even in large numbers.

The fun stuff for the rest of the weekend included not one, but two, birding trips with Tommy and Adam.  It does feel like I am doing a lot more birding than I have in the last few years but taking two of my three sons along with me certainly gives me that much more leeway.  Occasionally the exuberance of youth means that the focus for the kids is not on the finer identification features of the acrocephalus warblers but having them along with me is always better than not.  Our two excursions included an old favourite, Kirstenbosch, and a trip to a possible new favourite, Intaka Island.  We all know how lucky we are to have a resource like Kirstenbosch on our doorstep but it was really pleasant at Intaka Island on an unseasonably warm Sunday afternoon.  I have been there a number of times before but since the last visit they have made some nice changes with an impressive environmental centre dominating the entrance to the reserve.

Kirstenbosch put on its usual display with plenty to look at including a pair of spiders which made for an impressively colourful photograph.  Once again I’m embarrassed to say that I have no idea what kind of spiders these were and I had to caution the kids from going too close as I couldn’t say with any degree of certainty whether a bite from one of them would land them in hospital.  To make matters worse I am pretty confident that I do not even have a book on my bulging bookshelf to assist me in identifying them.  If anyone reading this has any ideas as to what we were looking at they are welcome to enlighten the rest of us ignoramuses by posting a comment below. 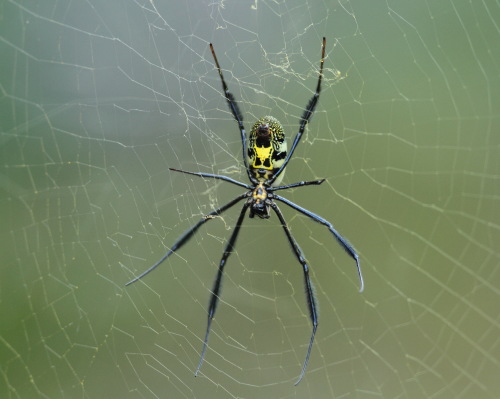 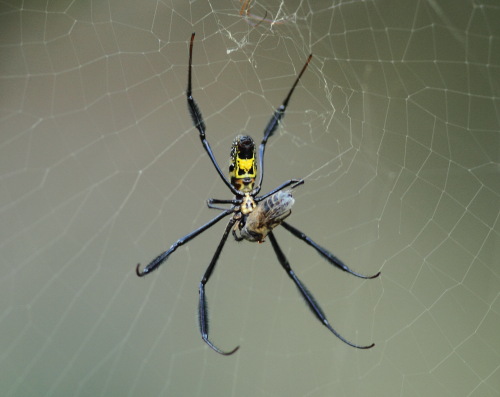 We also paid a visit to the Dell with the crystal clear water of Lady Ann Barnard’s pool being a real feature for the kids.  Strict signage restricting entry made sure they stayed out but we had the obligatory sip from the cool waters downstream from the pool.  A renegade tourist made the fatal error of climbing the restricting barriers and took a sip from the forbidden liquid and suffered the ignominy of a little tsk-tsking from Tommy.  I hustled him out of there before there was a scene and we headed for the sanctity of the flowerbeds for some more birding. 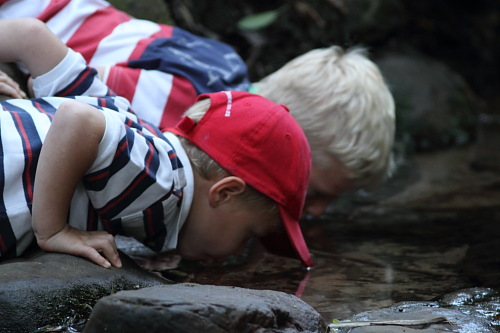 Nothing too earth shattering but we managed a few nice species and one or two nice pics. 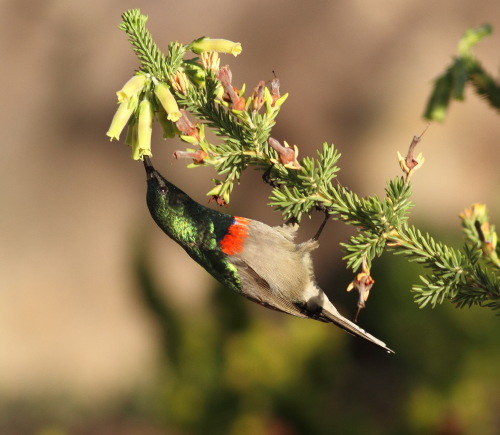 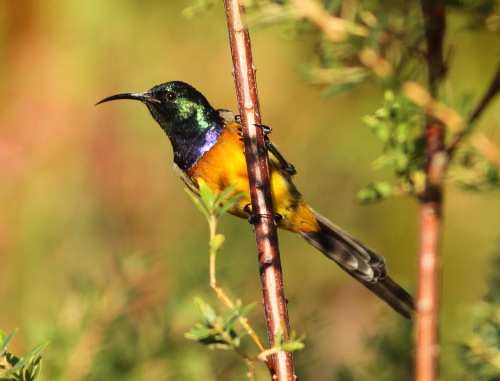 Our time at Intaka Island was equally sedate.  It may have been sedate for us but I think there were one or two peace-loving birders and photographers who could have done without the three young kids that I took into each hide.  Despite my pleas for a little decorum it wasn’t long before the kids were clambering over the benches and causing a bit of a scene.  They always say there is safety in numbers but I am quickly realizing that birding peace deteriorates exponentially with each additional child taken on a birding trip.  The birding itself was relatively quiet but I managed one or two pics and we also had a nice sighting of a juvenile Black Sparrowhawk taking exception to the resident Pied Crows patrolling the skies. 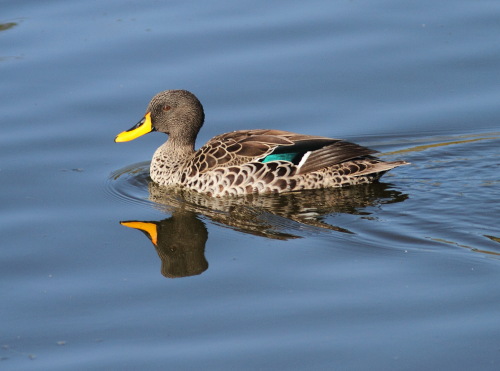 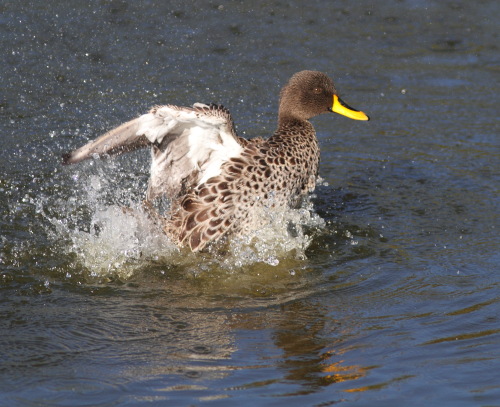 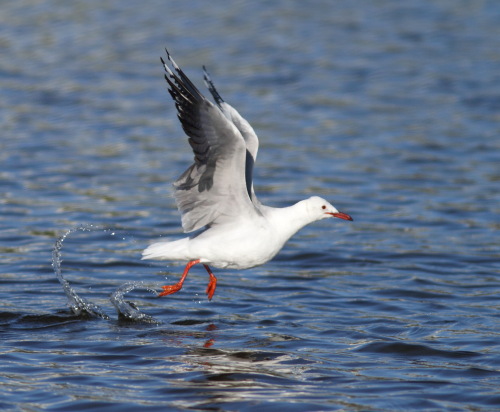 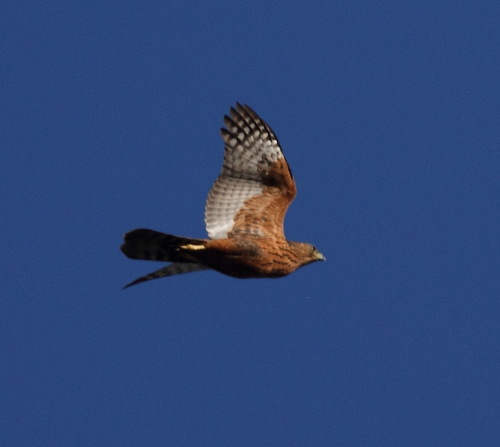 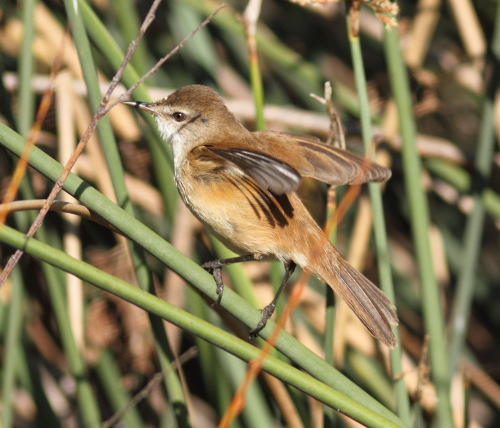 It is a good thing I am a little disorganized and that I didn’t get round to posting this blog last night as it would have meant I would not have had a chance to enthuse about one of the greatest South African sporting achievements I can ever remember.  It hasn’t been a spectacular month for South African sport with the Proteas crumbling before our very eyes and the Stormers hardly pitching up to play against the Reds, but last night restored my faith in the fact that the universe has an equilibrium and everything reverts to the mean (I have to acknowledge that this theory is not my own and if the person who coined this phrase ever reads this they will know who they are, so thank you for the pearls of wisdom).  What I mean by saying this is that all the depression we have had to suffer as South African sports supporters was more than compensated for by Charl Schwartzel’s amazing triumph in the US Masters at Augusta.  He stared in the face of many obstacles: a  4 shot deficit going into the final round, a pair of charging Australians (and we know only too well that that generally doesn’t end happily for any South Africans), an irritatingly fired-up Tiger Woods and a supremely talented young Irishman.  He stared in the face of these obstacles and responded with a quartet of wonderful birdies to close out his round and take the title and the grass-green jacket that goes with it.  Not only do we have Louis Oosthuisen to celebrate as a major winner but now Charl Schwartzel.  Who would ever have thought that South Africans would hold two of the golfing world’s most treasured major trophies and neither of them were Ernie Els and Retief Goosen?

I suppose this little story has a family theme as well.  I am way too responsible to have stayed up till the early hours of the morning to watch the final holes so I PVR’ed the last hour of the tournament and watched the end with all three of my boys in bed with me at 6:30am this morning.  Explaining the nuances of golf to the youngsters was quite tricky but when Charl lined up his last putt we all knew that sinking it would send him into golfing glory forever.  As the ball trickled along the right edge and fell into the hole we all jumped up in unison and celebrated together.  I don’t think the boys were too emotional (not knowing the magnitude of the achievement) but I would be lying if I said that I didn’t have to wipe away a tear or two.