I took my two oldest boys (Tommy (7) and Adam (5)) plus a good friend and his two oldest kids to Paarl Mountain Reserve for some birding yesterday morning (Sunday, 6th February).  We only had a few hours for our birding and the original plan of going to West Coast was scuppered at 6am as we were driving out on the M5 in heavy mist (many a West Coast excursion has been disastrous due to heavy mist) so we decided to head out to Paarl.  We started our birding from the Taal Monument side of Rotary Drive and drove slowly while stopping occasionally for some bush birding.  I had hoped to find Protea Seedeater but never even heard a peep (there were plenty of Streaky-heads, mind you).

The most rewarding aspect of the morning’s birding was the raptor activity.  I had spent the previous two weekends doing some raptor watching in Kirstenbosch with limited success (the one morning was particularly slow with only one raptor seen) but I was amazed at the regularity and variety of raptor species we saw in a period of less than an hour.  There was a lone Yellow-billed Kite soaring around the monument itself being harassed by at least 6 Pied Crows and a pair of White-necked Ravens.  They were soon followed by a pair of pale phase Booted Eagles which took off from low down and proceeded to criss-cross the area for the next 45 minutes.  I learnt a new call when I heard them calling before they took off.  It was something I had never heard before – it sounded a little like the wind-up call of Redwinged Francolin and it had me totally flummoxed.  I only associated it with the Booted Eagles once they were in the air and calling.  Then, in a flurry of activity we had Steppe Buzzards, Jackal Buzzards, a juvenile Black Sparrowhawk and a displaying African Goshawk joining the fray.  I actually had the Black Spar, Jackal Buzzard and Booted Eagle in the same binocular view at one stage. 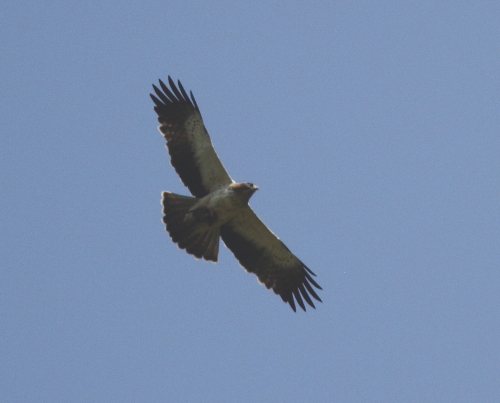 Frustratingly, the most exciting raptor went unidentified.  Before the sun peaked from behind the clouds Tommy spotted a slender falcon flying past us.  I got some pics of it in silhouette but unfortunately never got any colouring.  It was a long-tailed and slender-winged bird which most resembled European Hobby which I am pretty sure was what it was.  About 20 minutes later I saw the same bird again but this time joined by a second bird.  It was very distant and it had to go unidentified.  Tommy wasn’t too depressed as he already has European Hobby on his list.

After spending some time on the mountain we headed down to Paarl Sewerage Works.   I must have been to Paarl Sewerage Works at least 15 times but for some reason I can never find my way across the Berg River and down to the sewerage works without getting lost.  It must have something to do with the length of Paarl Main Road or possibly the degenerative behaviour in the back of the car as the kids started to find their own entertainment better than the birds I was pointing out.  We ended up driving along the railway line in some dodgy part of industrial Paarl before eventually squeezing the car over an extremely narrow bridge before arriving at the gate of the works.  I wasn’t filling my cohorts with a lot of confidence.

Carrying a bunch of new birders in the back of the car on their first visit to a sewerage works brought some levels of expectation.  The birding was pretty good and the security at the works seems to be very evident.  We saw numerous security guards which made us feel a lot safer.  I was unable to avoid the smell entirely and it was suggested that a pair of clothes pegs would be a suitable addition to my growing list of “things to take with when birding with Mike”.

Highlights of the works included a single Hamerkop (a bird I find particularly tricky to nail down close to Cape Town), a single female Namaqua Dove, plenty of scruffy looking White-winged Terns and almost the full range of ducks in one of the pans. 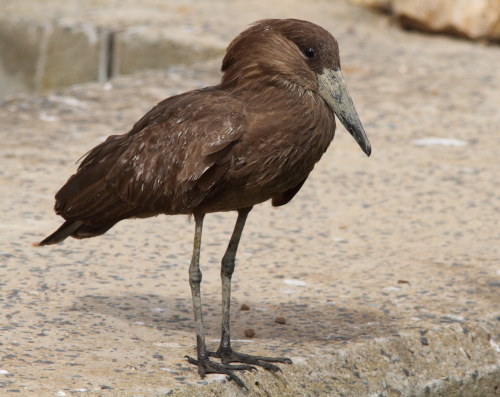 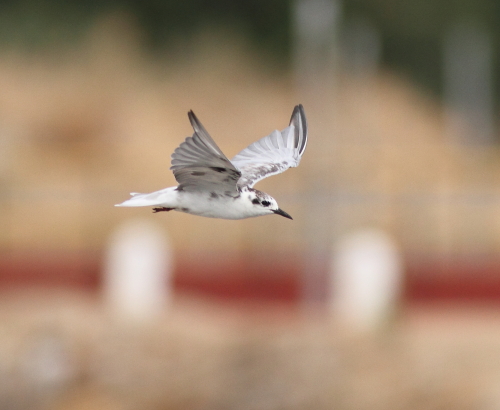 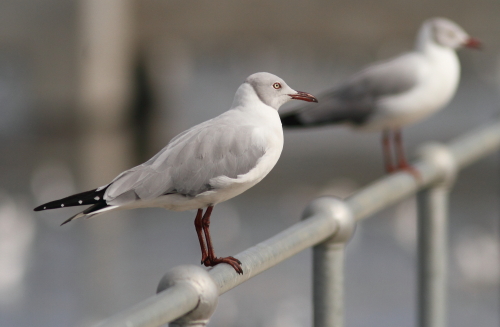 All in all a pretty good morning out but 4 kids in the back of the car meant some frayed nerves for me as we neared the end of the journey back.  We resorted to rewarding the kids with empty promises for keeping quiet the longest which had mixed results.  I then had to endure the obvious question from Tommy as to how he was to alert me to any raptors along the road if he was not allowed to talk.