Well, here I am aboard a flight bound north-west from Addis Ababa to London. I have just spent a whirlwind three days in the Ethiopian Highlands north of Addis Ababa, making the most of the cheap Ethiopian Airlines flight ticket, and using the stopover to sate my birding needs. When a work trip to London was booked about two months ago I decided I’d add on a few days of birding somewhere on the way. Who knew that Addis Ababa was on the way to London?

Aside from a bit of admin involving last minute Yellow Fever injections, a monster course of unnecessary malaria tablets and some stilted communication on e-mail with my arranged guide, the trip was actually very doable, and relatively seamless.

Well, I think Ethiopia gets a bum rap. I think most South Africans remember the Bob Geldof Live Aid concert from 25 years ago, which was to raise funds for starving Ethiopians in the war- and drought-ravaged northern part of the country. I personally recall images of dying children with Kwashiorkor and other malnutrition diseases. Those photos of kids with sunken eyes, bulging stomachs and exposed ribs, lying on filthy mattresses in fly-infested tents imprinted on all our brains and made us think of Ethiopia in a single-minded way.

Ethiopia, in fact, offers so much more. Particularly the fertile highlands north of Addis. The fields and mountains were a verdant green and water seemed to be lying everywhere. The soil was dark and rich and life abounds.

Unfortunately human life also abounds and Ethiopia’s massive population of over 100 million people has put a huge amount of pressure on the country’s resources. Everywhere we went there was poverty and lack of hygiene and basic services. All the small towns we drove through had litter and human waste strewn everywhere and after a day trudging through much of this I was not that keen to sleep in the same room as my shoes.

I arranged my trip through a local bird guide by the name of Measho Legesse. He is a freelance guide who fulfils ground support activities for international birding companies, as well as doing his own tours, such as the one he put together for me.

My brief was simple: I land on Thursday night at 10pm and leave for London at 11:15am on Monday. Find me as many birds in that space of time as humanly possible.

Our route looked simple on a map but the roads are about as bad as you get. We would travel north of Addis for 90kms to a settlement called Debre Libanos, where we would spend our first night. Then we would descend and ascend the Jemma Valley to the east of Debre Libanos and then travel further east to a town called Debre Birhan where we would be based for two nights, allowing us to explore additional highland and lowland areas. The focus of the trip would be on the endemic birds (of which there are plenty) as well as for me to savour just a few African birds that I had never seen. Fortunately the bird families are almost entirely familiar with those that we get in South Africa so there was little admin involved in preparing. In fact, after a few hours in the field I was totally comfortable with the birds we were seeing and that made the birding more enjoyable and the photography a lot easier.

These blogs are separated into three separate parts to make the reading of them a little easier. Once again I won’t apologise for my verbosity, as there will be plenty of photos to keep you company through the words. 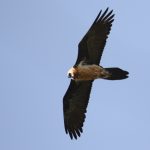 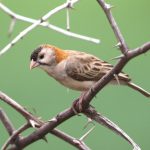 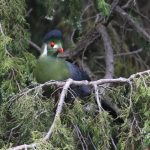